No Chianti or fava beans anywhere in sight, unfortunately. 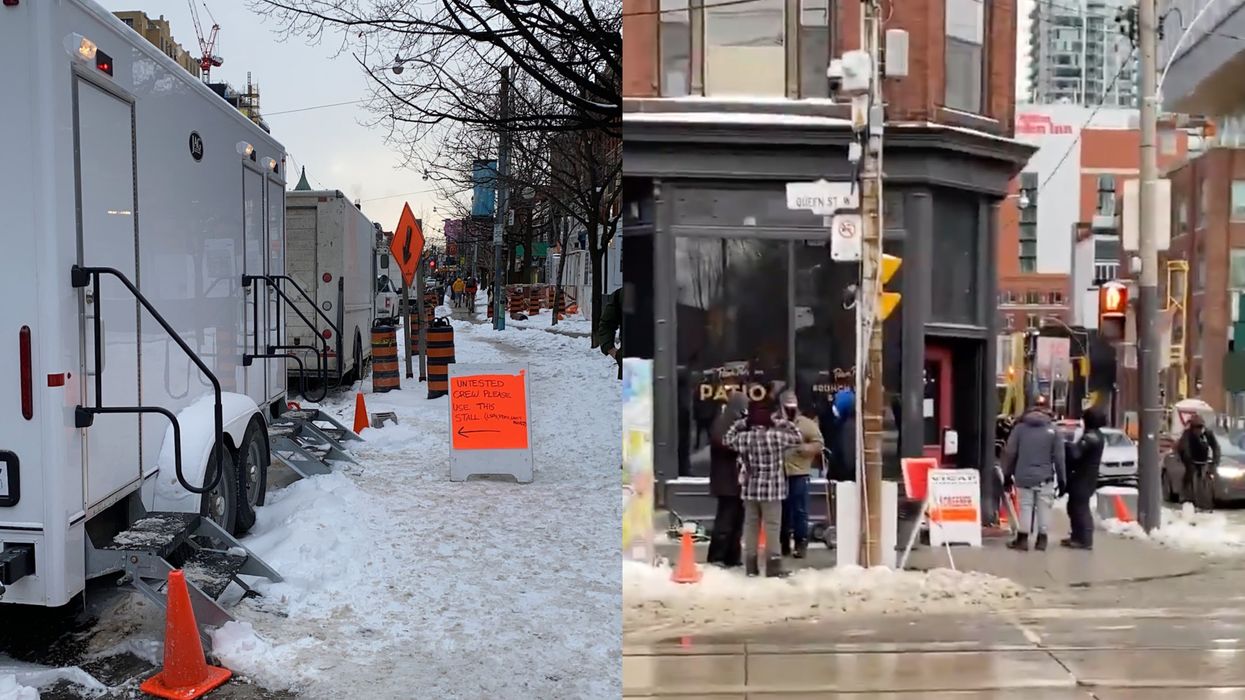 CBS's newest drama — a spinoff of The Silence of the Lambs — is reportedly filming in downtown Toronto.

Editor's Choice: Elisa Lam's Tumblr Is Still Live With Posts Right Up Until Her Disappearance

One video taken by Narcity on Thursday, February 18, shows a film crew set up at the Senator restaurant in downtown Toronto.

Check out the "ViCAP" sign — a reference to Clarice Starling's FBI unit, according to TV Insider.

Narcity also filmed a sign for one of the on-set bathrooms, which is seemingly only for non-tested production members — an insight into filming during the COVID-19 era.

Another video was filmed on Wednesday, February 17 by Twitter user Barbara Bogar. She told Narcity she saw a production crew filming around the bistro on Queen Street West.

Bogar said she talked to a crew member on the set who confirmed they were filming Clarice, which made its TV debut on February 11.

In the videos, a large line of trucks and a number of crew people are hanging around Peter Pan Bistro, which doesn't look like it's sporting any new name or signage.

The City of Toronto's website says the show has been filming since September 2020 and is expected to continue until March 23, 2021.

The show is set in Washington, D.C., a year after the events of The Silence of the Lambs, which stars Jodie Foster and Anthony Hopkins and was released in 1991.

Despite the COVID-19 pandemic, there are lots of TV shows and movies being filmed in the streets of Toronto and the GTA.