"As an honest Leafs fan, I'm vomiting watching this." 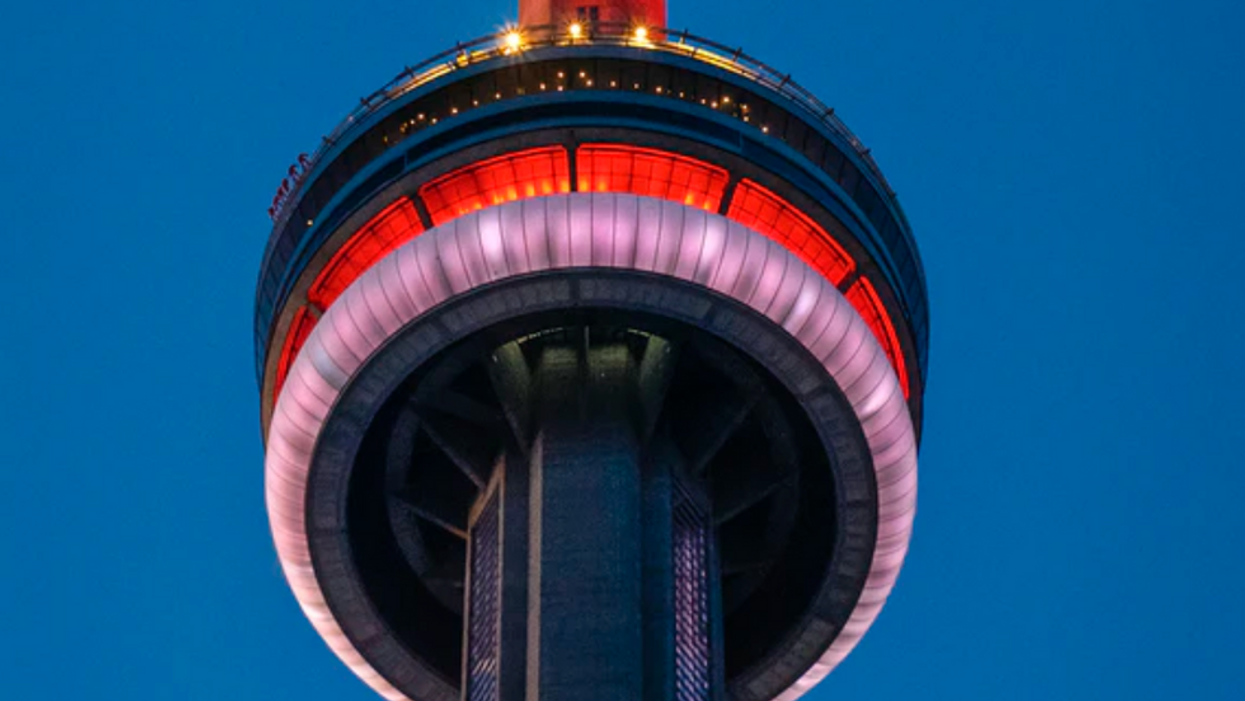 It's a little too soon for Toronto to show any love to the Montreal Canadiens — at least, that's what a lot of Leafs fans had to say on Twitter when they saw the CN Tower's plans for its Tuesday night light show.

Just over a week after Montreal kicked Toronto out of the first round of the playoffs, the CN Tower announced that they'd be lighting up red, white, and blue as the Habs "represent Canada's hope for a 2021 NHL Stanley Cup!"

Leafs fans who are still feeling the sting of the Game 7 loss were quick to criticize the gesture. The post has gotten over 1,600 replies at the time of publishing, and the conversation made the tower trend on Twitter on Wednesday morning.

"As an honest Leafs fan, I'm vomiting watching this. My life is literally ruined and makes no sense anymore after you've done this," reads one tweet.

"You embarrassed and shamed every Leaf fan. That you would think this is a good idea is unbelievable, this is a beautiful symbol of making the Leafs, their fans and the city a complete joke.... did you ever wonder if anyone other rival in any sport would do this, I'll help you. No," another person tweeted.

However, others disagreed. "The tower showing Habs colors is an example of good sportsmanship," one person argued.

The Canadiens clearly approved of the gesture, and replied to the CN Tower's announcement with a simple "Merci!"