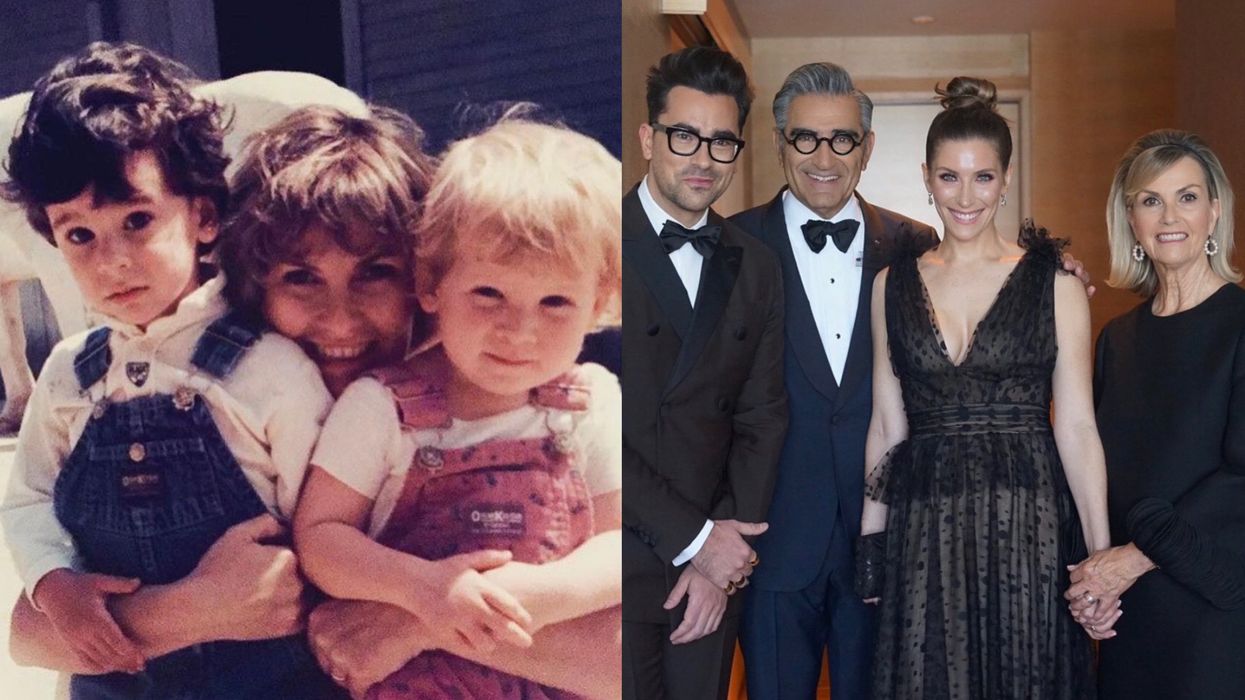 Ahead of his hosting debut on Saturday Night Live last weekend, Dan Levy’s mom had a message for the kids that used to bully him.

Taking to Twitter one day before the show aired, Deborah Divine showed just how proud she is of her son, who wrote, produced and starred in Schitt’s Creek.

Editor's Choice: Justin Trudeau Had The Sweetest Message For Dan Levy After His 'SNL' Hosting Debut

“This goes out to the bully punks at Camp WTF who made life miserable for a certain cabin-mate back in the the summer of ‘96 - just because he was different,” Divine posted.

She went on to say that, “after all these years,” she had just seven words to share with the people who were unkind to her son.

“Live from New York, it’s Saturday Night!” she wrote, in reference to his debut on the world-famous American TV show.

Levy responded to her heartfelt message by simply writing, “Moms.” with a love heart emoji.

Divine isn’t the only one feeling mega-proud of Levy at the moment.

His father, Eugene Levy, was so pleased for his son that he actually showed up for a cameo during his SNL opening monologue!

The prime minister even took a moment to praise the Toronto-born star online, congratulating him on “making the whole country shine” during his SNL appearance.

If Levy wasn’t already giving Canada enough to be proud of, Schitt’s Creek was recently nominated for a bunch of Golden Globe awards, in addition to the record-breaking number of Emmys the show secured in 2020.