Free Face Masks Could Be Coming To Brampton Transit This Summer

Masks are mandatory on Brampton transit from July 2. 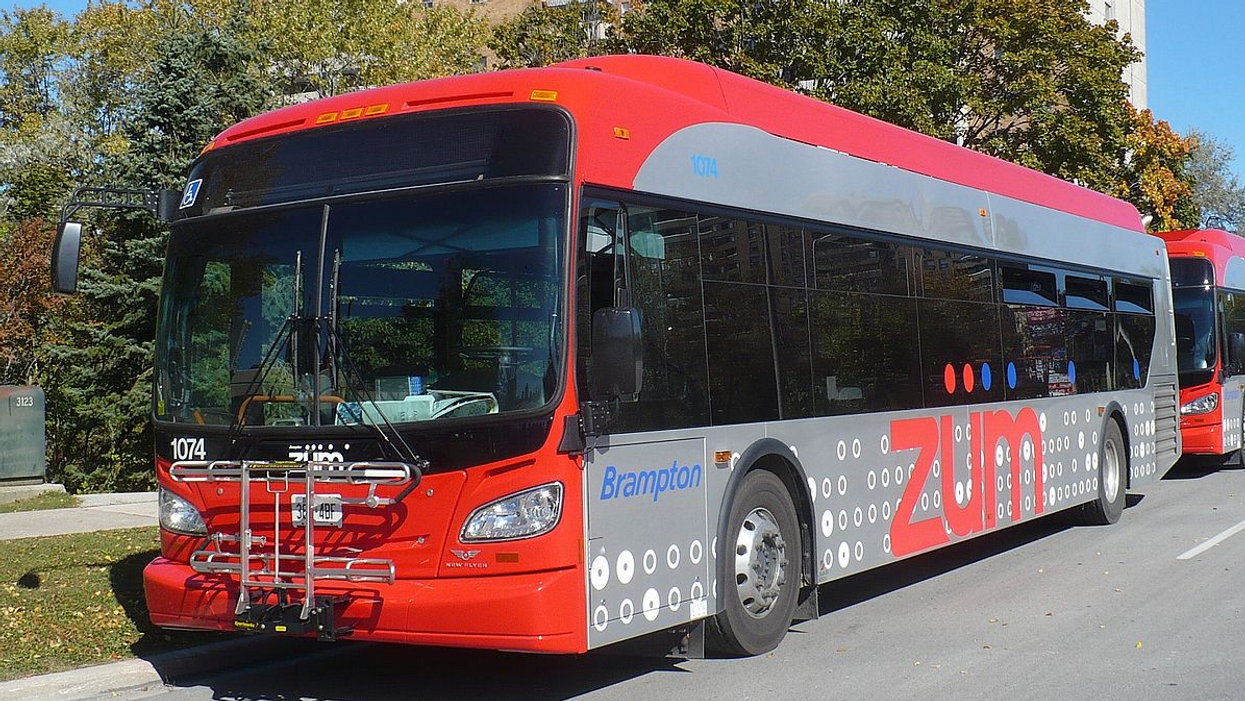 If you don't have a mask just yet, Brampton might soon have your back. Councillor Charmaine Williams has moved a motion to urge the city to provide free face coverings to transit riders in the city. This move could bring free masks on Brampton transit to as many as 50,000 people in the city.

According to a press release made available to Narcity by email, the plan has already passed the first stage at the Committee of Council on June 3.

Brampton Mayor Patrick Brown announced last week that masks will become mandatory for almost all transit riders as of July 2.

But that has left the question of affordability for some people, as the already-existing costs of riding would become more expensive due to the need to buy masks in order to get access to transit.

Once the economy gets rolling again, Councillor Williams thinks that the city should do much more to "encourage" residents to start taking public transit again and ensure it remains accessible for all.

“Brampton transit had over 2 million riders in January of 2020. Ridership has dropped dramatically since then, costing the city of Brampton as much as $22 million in lost revenue,” said Williams via the emailed press release.

“Transit riders deserve to be safe. Brampton should do everything we can to keep our transit staff and transit customers healthy, and our transit system financially viable.

“Providing a complementary non-medical mask will go a long way to restoring people’s confidence in our system and will increase ridership in a gradual way,” said Williams.

The councillor notes that a $2 mask is "a small investment" to bring riders back to the city's transit system.

"Ask anyone if a one-time $100,000 investment with an $8 million monthly return is a good deal and they will tell you yes,” added Williams.

Transit in the GTA has faced a hard hit with low ridership and income loss, so for cities like Brampton and Toronto, the future of transit could be very different.

This is just the first step in a wave of potential changes to how riders take the bus.

Though we'll have to wait and see if this addition will be implemented, Williams has no doubt that this move will be "good for transit riders and it’s a good deal for taxpayers.”