You won’t want to miss this once-in-a-lifetime viewing opportunity! 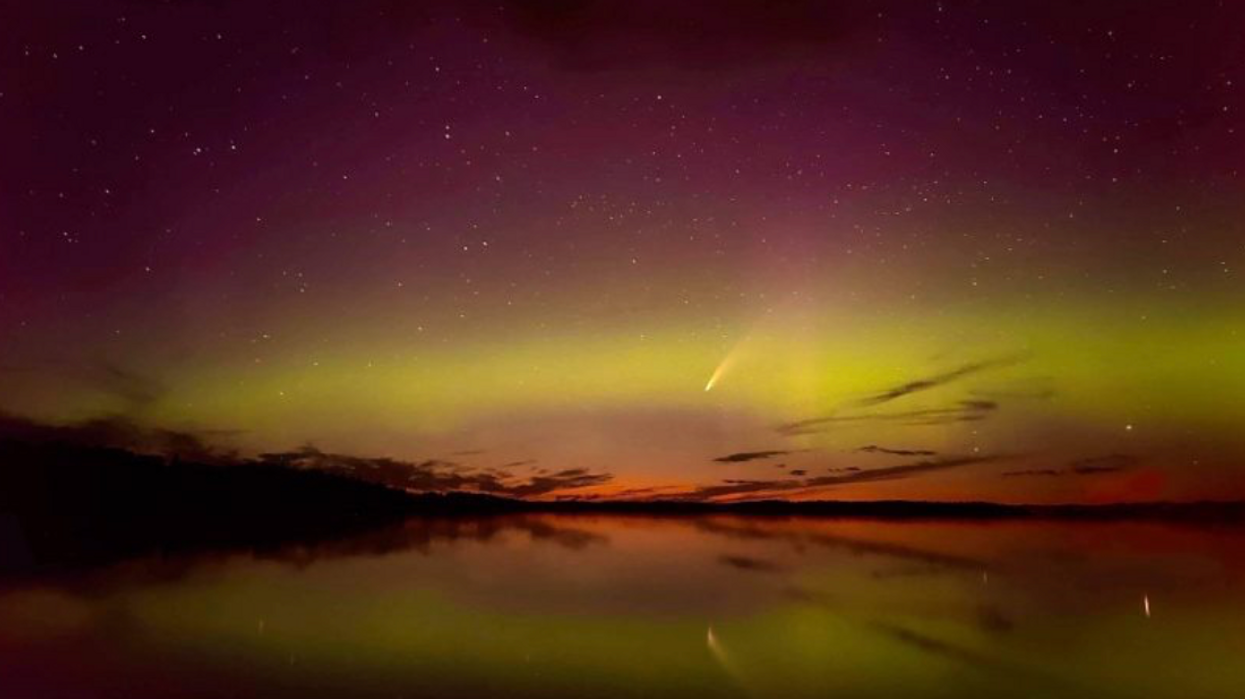 If you’ve had your eye on the skies this past few weeks, you might have seen an unexpected sight. That’s right — the comet Neowise is the latest, albeit temporary, addition to the night sky. These six Neowise comet photos will give you an idea of just how beautiful it looks in the Ontario skies.

The comet, officially named C/2020 F3 NEOWISE, is currently at the closest possible point to Earth, making it visible to the naked eye, as long as there’s not too much light pollution!

Editor's Choice: You Now Have To Make $135K A Year To Be Considered Middle Class In Toronto (VIDEO)

It's hanging around for a few weeks yet, but this period is a once-in-a lifetime viewing opportunity. So, if you’re keen for a peek, head to your nearest unlit area and start searching!

According to NASA, the comet is approximately five kilometres wide and 4.6 billion years ago. That’s almost as old as the solar system!

Ontarians have not passed up the opportunity to document this historic event.

All over the province, people have been snapping their own pictures of Neowise, and we’ve rounded up some of the best shots for your viewing pleasure.

If this doesn't make you want to go and seek it out yourself, nothing will.

A couple pics of #NEOWISE from last night in the backyard. Some light pollution to my NW compared to my NE but sti… https://t.co/UYHyPxtW7d
— Shelley Jackson (@Shelley Jackson)1595088170.0

Here's a tip if you’re looking to spot Neowise for yourself: turn your gaze to the northwest.

It's usually spotted below the Big Dipper.

Even the astronauts that are currently in space were excited to spot Neowise.

The sun is currently responsible for providing the glow that allows us to see Neowise!

As the comet travels further from the sun, though, that haze will dim and it will become harder and harder to see.

"It’s quite rare for a comet to be bright enough that we can see it with the naked eye or even just with binoculars,” Emily Kramer, a co-investigator of the NEOWISE satellite, said in a NASA Science Live webcast last week.

The comet is expected to hang around in the skies through August and into September, but after that, it’ll be gone, and likely for good, so go take a look while you can!