The TTC is offering support to the driver. 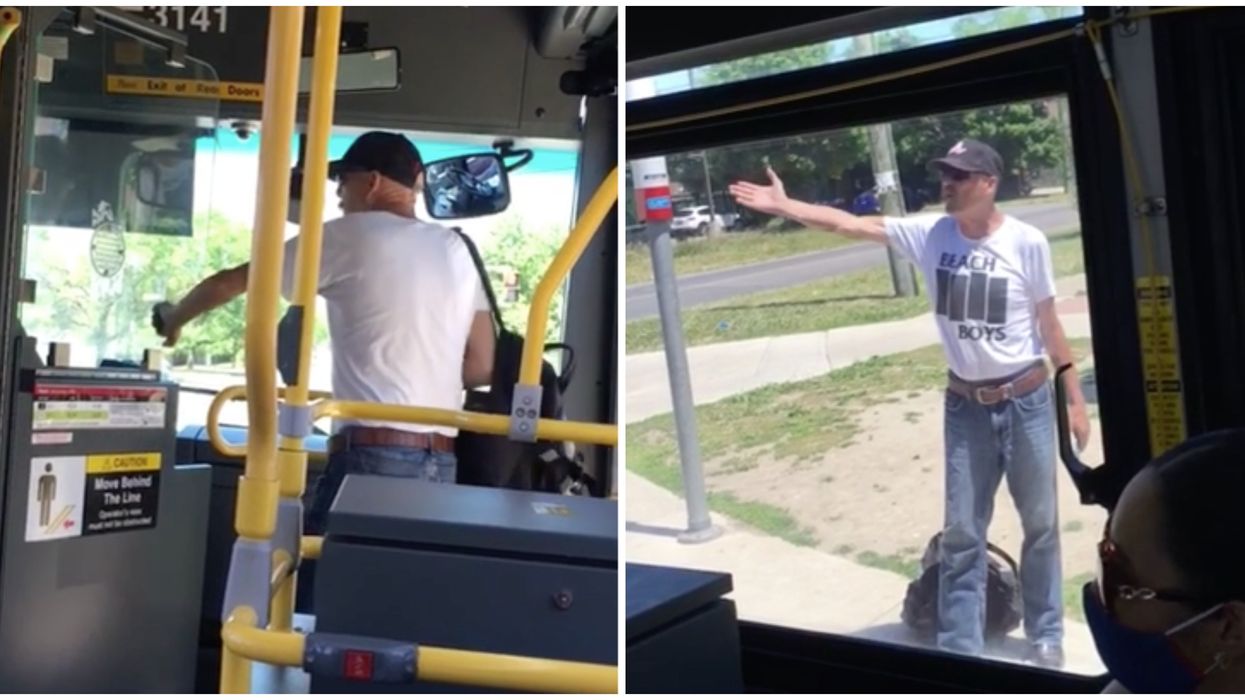 A man’s racist outburst made its way onto Reddit this weekend. In the video, the individual is seen yelling offensive slurs at a Toronto bus driver before leaving the vehicle. The man’s racist rant on the TTC was prompted after the driver told him to turn his music down.

In an email to Narcity, TTC spokesperson Stuart Green confirmed that the video was taken on the 102 Markham route in Scarborough at around 1 p.m. on Sunday.

In the video, a man can be seen screaming at a bus driver and pulling on the plexiglass protector.

"It's my f****** country, go back to Pakistan," the rider can be heard screaming at the driver before also yelling out racial slurs.

The situation reportedly lasted less than two minutes and did not require intervention from Transit Special Constable or Toronto Police as the customer left the bus on their own.

Authorities were alerted to the incident after the operator contacted Transit Control to report a disorderly customer.

The bus driver asked the customer to turn down his music or to put on headphones.

"The language and actions of the customer, in this case, are appalling and absolutely uncalled for. We want the TTC to be safe and welcoming for everyone, and we strongly condemn the racist and homophobic language this video shows," said Green.

"TTC customers and employees should never have to endure this kind of language or behaviour, and we are extremely disappointed that they were. Thankfully there were no physical injuries, and the operator was able to continue their duties once the incident concluded," he added.

Green also noted that the TTC has followed up with the employee to offer support.

However, this isn't the first time that a racist incident has occurred on the transit line.

Toronto Police were also investigating an incident from back in 2018 when a woman reportedly stole a commuters cellphone while telling her to "go back to China."

Back in 2019, a woman was also caught yelling racial slurs at Toronto students from her car.

The driver could reportedly be heard yelling, "get the f*** out of our country," before speeding away.

The City of Toronto announced on Tuesday that they would enforce trespass notices that were issued at Trinity Bellwoods Park for homeless encampments earlier this month.