Ontario Town Keeps Its Vandalized John A. Macdonald Statue Just The Way It Is (PHOTO)

The Township wants the statue to provoke meaningful conversations. 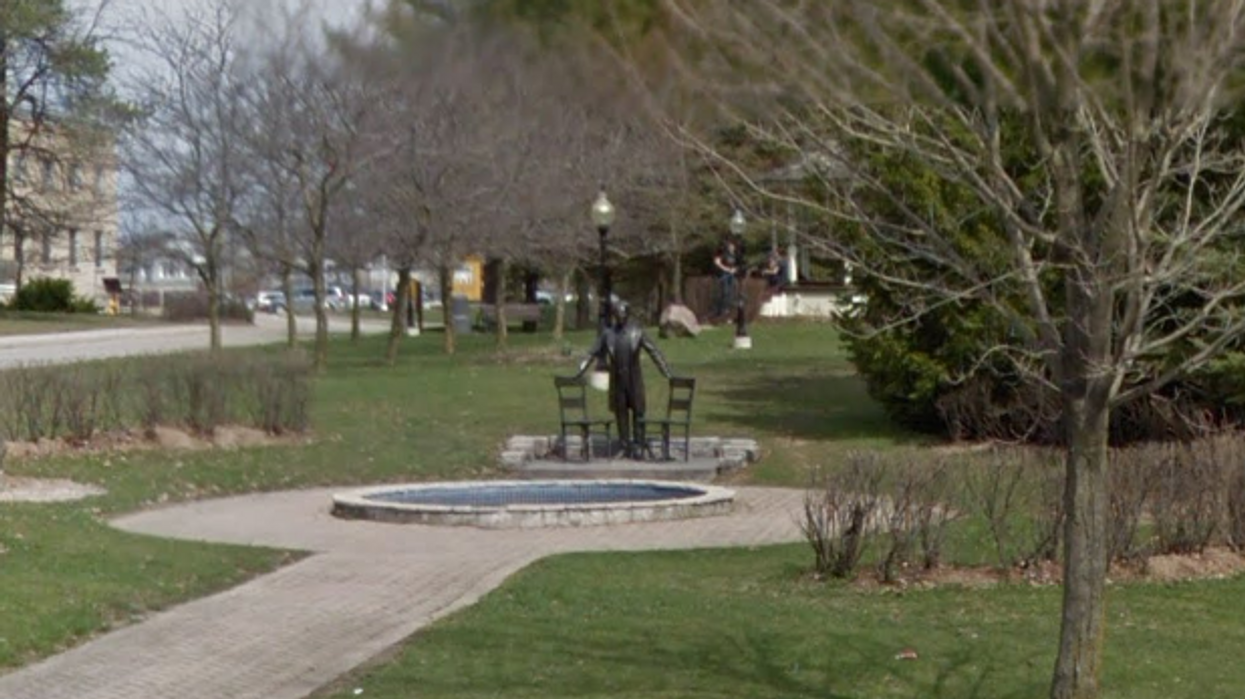 A vandalized statue of Canada's first prime minister Sir John A. Macdonald is staying just the way it is. The Township of Wilmot sculpture was covered in red paint on Sunday evening, in an act that follows hundreds of other anti-racism protests across the globe. The Township announced on June 24 that they would not be cleaning the historic art piece.

Over the weekend, Wilmont announced that the statue had been covered in red paint. The city began conducting a cleanup only for it to be vandalized for a second time on Tuesday.

The statue was initially covered with a tarp as clean up efforts were mapped out. However, town officials later decided to remove the covering and use the statue as a way to provoke "meaningful conversations."

They also revealed that Waterloo police were investigating the incident.

"With the current conversations that are being held in Wilmot Township and across Canada regarding Sir John A.  Macdonald, the Corporation of the Township of Wilmot is listening. We acknowledge that this is a difficult issue,  and further meaningful conversations need to continue," read the release.

Despite his significant impact on modern Canada, Macdonald has long been a controversial figure due to his treatment of the indigenous.

According to The National Post, the leader has been accused of purposely starving native populations and being the man behind the Canadian Indigenous Policy.

"As a sign of our commitment to this process, the tarp installed to cover Canada's first Prime Minister, as part of an ongoing police investigation, has been removed, and the statue will remain in its current state until further notice," the statement concluded.

However, this isn't the only statue that has been targeted in the past few weeks.

A petition has started for Gandhi statue that stands outside of Carleton University.

Thousands are demanding that the figure be taken down due to being "publicly anti-black" and referring "to Africans as savages, likening them to animals.”