The protest is underway in downtown Toronto. 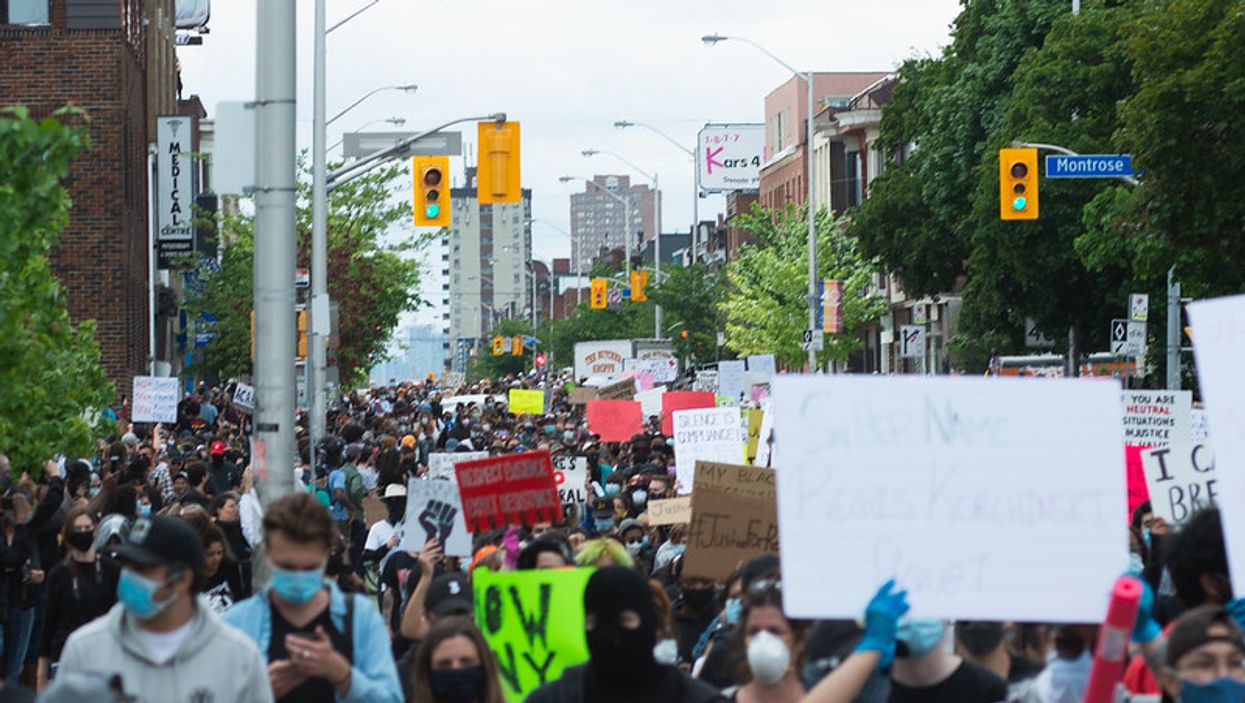 Protests are being planned across Toronto this weekend but it looks like Black Lives Matter has nothing to do with them. A march taking place in the 6ix on Friday does not involve BLM, the group stated on the morning of June 5. Not Another Black Life also says it is not taking part in the Toronto weekend protests.

Multiple marches are being held across Canada and around the world in support of the black community locally after recent high-profile tragic incidents.

But, while anti-racism groups in the city took part in marches last weekend, Black Lives Matter issued a statement on Friday morning clarifying that they have no involvement with this latest action.

According to the message, any upcoming protests this weekend are taking place without their organization or direct participation.

"Toronto (BLMTO) has NO involvement in the organizing of any of this weekend’s upcoming actions and marches," reads the group's tweet.

It added: "We believe in Black people mourning, grieving, and protesting however works for them & hope everyone look out & care for each other."

Another organization, which helped put together the protest in honour of Regis Korchinski-Paquet last weekend, issued a similar statement in regards to the matter.

"@notanotherblk is not affiliated with any of these protest, nor do we co-sign. Please stay safe everyone," reads their statement posted on Twitter earlier this week.

At the time of publishing, Friday's protest had recently got underway in Toronto, under the banner of #MarchForChange.

Protests and marches have been hosted across many Ontario cities in the past week after the deaths of Korchinski-Paquet in Toronto and George Floyd in Minneapolis.

Last weekend's marches in the city were largely praised for being peaceful. In multiple U.S. cities, similar events ended with some people rioting and looting.

However, this week in Toronto, some businesses in the downtown area like Hudson's Bay and even the Eaton Centre started boarding up their windows and doors ahead of the expected large gatherings.

*This cover image was used for illustrative purposes only.