Public toilets used to be way more glamorous I guess? 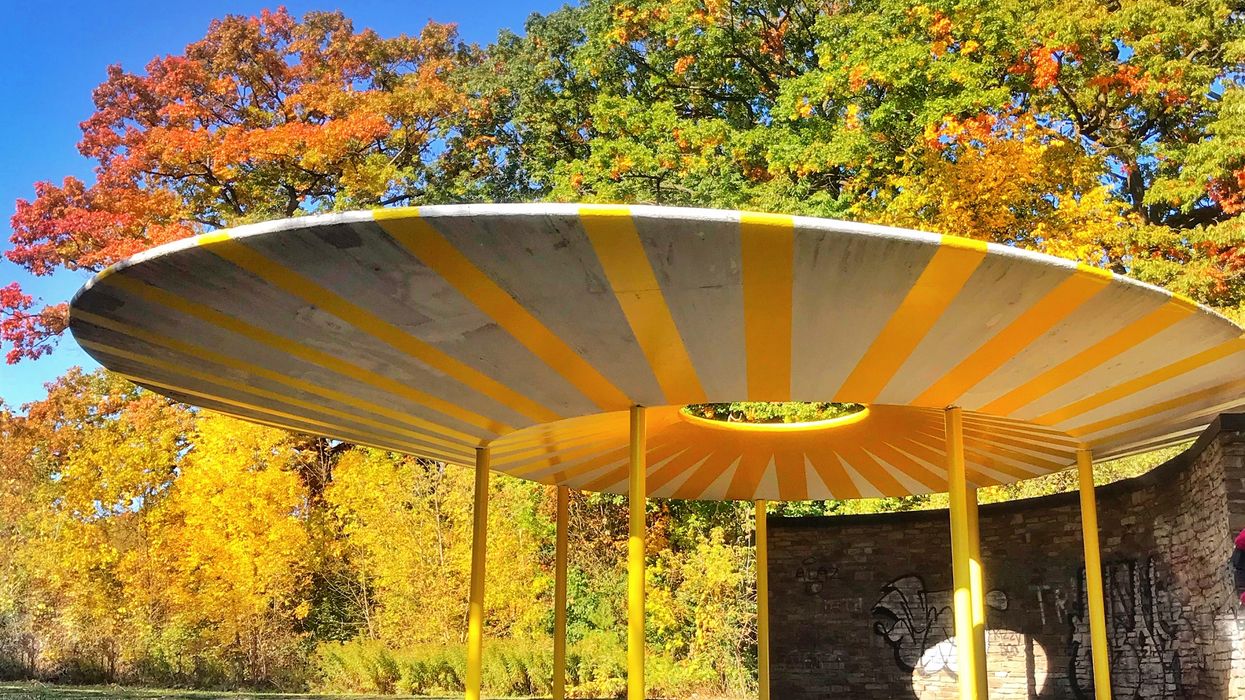 It looks like one of those spaceships at the end of the first Men in Black took off from Queens and landed in Etobicoke.

It's called the Oculus – a pretty big name for a toilet – and it was once slated for demolition, but it's been saved, and was even brightened up on October 17 with an installation called Brighter Days Ahead, a reference to its imminent restoration.

It's more than 60 years old now, and it looks like this bathroom's going to last at least another generation.

Editor's Choice: 9 Toronto Jobs That'll Give You A Reason To Get Outdoors This Winter

1959 The year Oculus was built

The original architect, an Englishman named Alan Crossley, went way above and beyond what anyone would have expected for a public washroom. (The bathroom part is closed and there's no word whether it's going to be part of the renovation.)

Though the concrete disc looks like it's from another planet now, it was actually part of an architectural trend at the time that produced buildings like Seattle's Space Needle, and those spaceships from MIB, which were part of the New York World's Fair five years earlier.

An Estonian architect named Uno Prii built a bunch of those exuberantly wacky apartments on Walmer and Prince Arthur around the same time.

You can see the building in person in South Humber Park along the Humber River Recreational Trail, about a half hour cycle from the core, just north of the equally futuristic Humber Bay Arch Bridge.

Why You Need To Go: Even though it's not a bathroom anymore (at least for now), you can just sit and bask in its wonderful weirdness (or set up a space-age jam like the folks below). Also: selfie-heaven.*