"No texting and driving, it's illegal!" 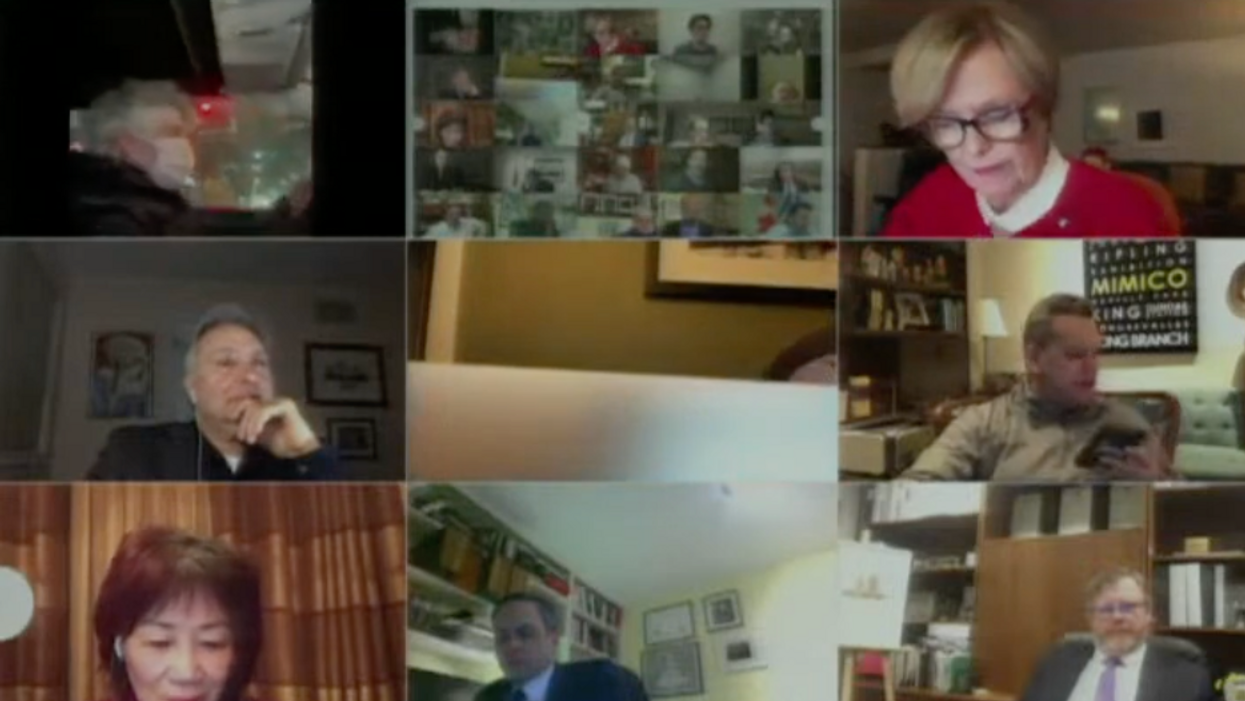 Toronto's virtual city council meeting took an unexpected turn on Thursday when a councillor got behind the wheel on camera.

The nine-hour meeting to vote on the city's 2021 budget went briefly off-course in the last hour when Toronto-Danforth Councillor Paula Fletcher was called out for her "inappropriate" decision.

A masked passenger in Fletcher's car briefly shows their face on camera before turning it towards her.

However, it didn't take long for others on the call to accuse her of holding the phone while driving.

"Paula, don't you dare go on the Gardiner," one member says after Fletcher was called on to vote.

"No texting and driving, it's illegal!" says another. Fletcher immediately puts up her hands to show that she's not holding her phone.

"I'm not holding the phone, you're looking at me!" she shouts. "Look, my hands are on the wheel, my eyes are straight ahead."

"Okay, I can leave the meeting then, if Councillor Thompson didn't want every vote recorded I'd be fine. Bye!"