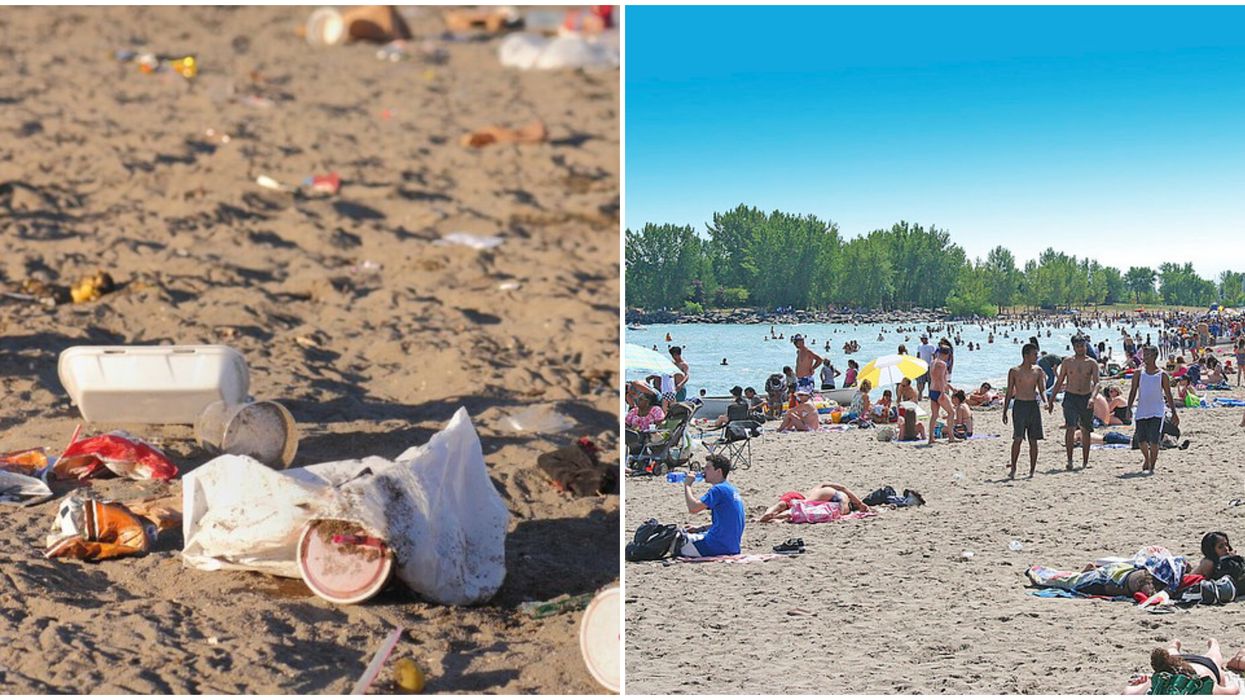 Toronto partygoers should be on their best behaviour this weekend. Bylaw officers will be actively patrolling beaches and you can get fined $500 if you are caught dumping your trash. Toronto's littering fines are being taken seriously after mounds of garbage keep showing up on city shorelines.

Since the warm weather has hit Toronto, beaches and parks across the city have been booming.

Huge crowds have been spotted partying on the waterfront, and many haven't been cleaning up after themselves or practicing social distancing.

Those who were celebrating Canada Day left so much trash behind that City staff actually had to be sent to clean it up.

"City of Toronto crews were dispatched to clean up litter at City beaches this morning, following Canada Day celebrations," a spokesperson for Toronto confirmed in an email.

"Those found littering face fines of up to $500," wrote the City.

However, it looks like Toronto is cracking down this weekend.

Chief Communications Officer of the City of Toronto, Brad Ross, told Narcity that parties and gatherings at the beach will be shut down by bylaw officers.

There are a high number of visitors to Toronto’s parks and beaches. Keep your litter off the ground. Please dispose… https://t.co/17FgWsJpIw
— City of Toronto (@City of Toronto)1593634217.0

"The City will continue to monitor and enforce litter, alcohol, parking infractions, bon fires and DJs," he wrote to Narcity in an email.

"Bylaw officers and police will also continue have a presence at beaches and parks... They will be patrolling all of the beaches along the waterfront," Ross confirmed.

Although rules will be enforced, the City of Toronto stressed to Narcity the importance of people taking responsibility and picking up after themselves.

When visiting a park or beach this #CanadaDay, please do not litter and use bins provided. If bins are full, look f… https://t.co/FxIX5yTRyf
— City of Toronto (@City of Toronto)1593547095.0

A bylaw officer is only able to ticket someone if they see them littering, which isn't always the case.

Due to this, extra signs have been put in place reminding people to respect the space and not throw their garbage on it.

"The public can do their part by properly disposing of items in available street and park bins and not littering items on the ground."

John Tory has already asked Toronto residents to be responsible and not all flock to one place.

If you do see any litter hotspots, people are asked to report them to 311.