Toronto patios are starting to reveal their opening plans. 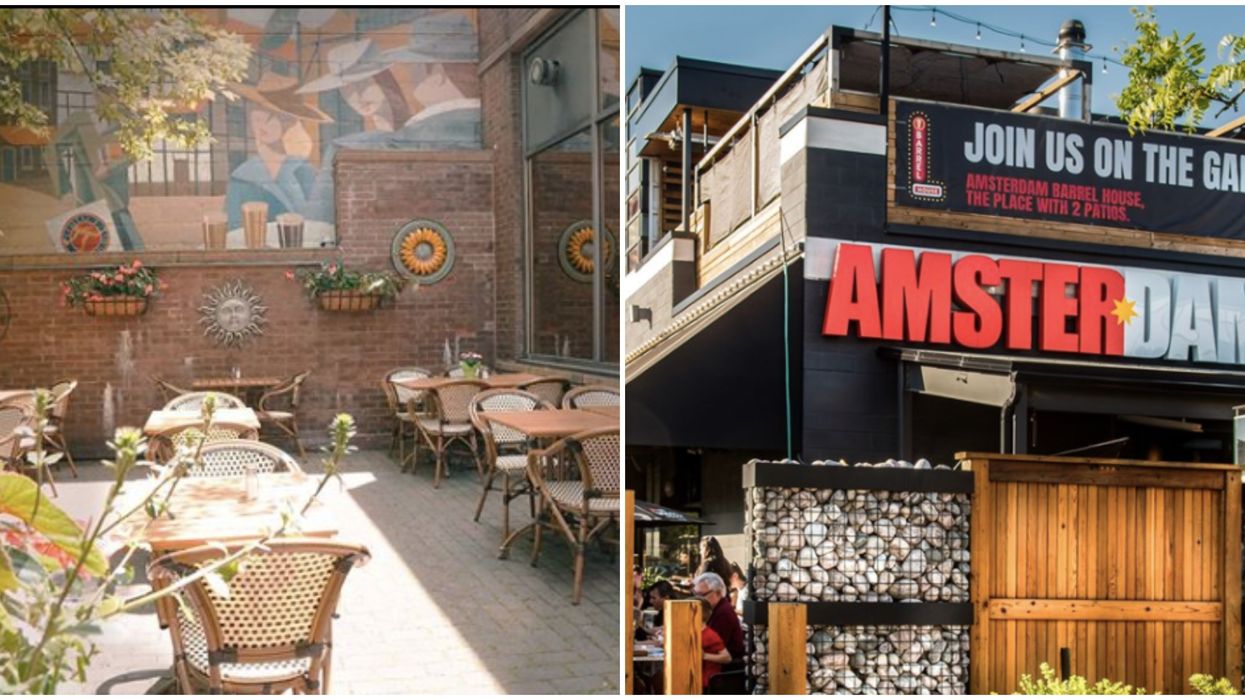 If you're planning on grabbing some drinks during patio season this summer, things will be a little different. As eateries prepare to open their doors in the city, multiple safety measures are being put in place. Toronto's patio reopening means that you may not be able to sit with a group of your friends.

While all restaurants will have to follow the health and safety standards that are outlined by the government, each restaurant is finding their own ways to implement these rules.

Narcity reached out to some popular Toronto eateries to see exactly how things will change once you head out for your next meal.

Trevor Brodie, Director of Operations at Amsterdam BrewHouse told Narcity over the phone that, "government recommendations are a minimum."

In addition to physically distanced tables, contact tracing, and about 20 motion-sensored hand sanitizers placed throughout the space, the Amsterdam BrewHouse has also slimmed down their food selection.

The menus will only offer guest favourites and will be printed out to ensure that they are only used once.

Additionally, hands-free door openers have been installed, along with plexiglass at major communication points.

Brodie even mentioned that they would be playing music at a lower volume to prevent people from talking loudly.

"The louder people talk, the more droplets from mouths get spread."

Earlier this month, Mayor John Tory told restaurants with patios to get ready to reopen, and after speaking with a few of them, that is exactly what they have done.

The general manager at Granite Brewery also revealed to Narcity some unique methods that their team would be trying out.

In addition to reduced capacity and re-engineering the flow of the restaurant, they will even be retraining staff on new techniques.

For every table, an empty one will be placed next to it.

Instead of servers getting into the personal space of guests, they will put plates on the additional table, from which customers will take their orders.

The Broadview Hotel has also said that when it reopens, some new rules will be implemented.

You will only be able to be seated in groups no larger than four people.

So next time you're out, you also won't be able to get together with a big group of your friends.