The officer is also facing numerous other charges. 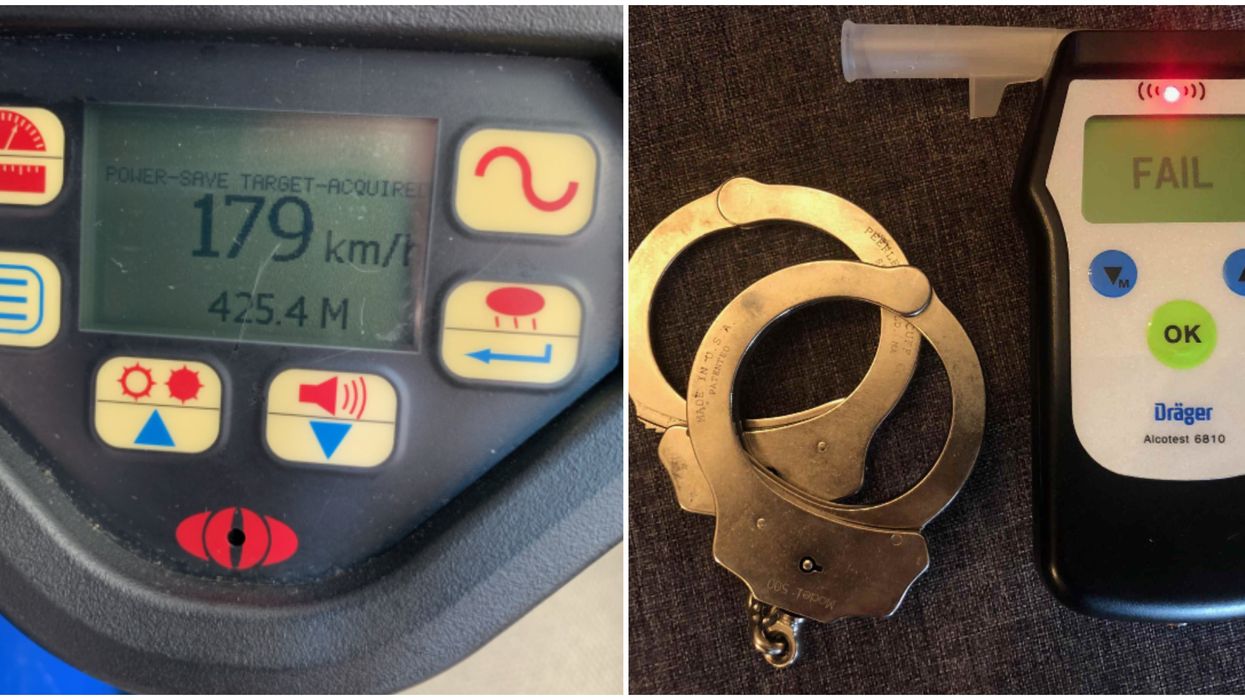 One officer has his license suspended after he was caught drunk behind the wheel this week. OPP reported that the Toronto police officer was off-duty when he was caught going nearly 80 kilometres an hour over the speed limit. He is now facing charges of impaired driving and street racing.

According to the OPP, the off-duty officer’s vehicle was clocked going 179 kilometres an hour on Highway 407, which is nearly 80 kilometres over the speed limit.

The suspect was travelling westbound near Guelph Line in Burlington on Tuesday at around 1:30 p.m. when he was stopped.

The driver’s blood alcohol limit was almost four times over the legal limit of 0.08.

The OPP later identified the suspect as 43-year-old Lionel Peters of Paris, Ontario.

The officer's licence was suspended for 90 days, and his vehicle was impounded for seven.

Toronto Police informed Narcity that Peters has been suspended from the force since May 2019 due to previous charges that had been laid against him.

"I can confirm the officer charged by the OPP is Constable Lionel Peters of the TPS.  Constable Peters is currently suspended with pay due to criminal charges laid against him by the TPS in May 2019," Corporate Communications Officer Meaghan Gray told Narcity.

CP24 reported that Peters was suspended with pay after he allegedly threatened someone over “a debt owed to a third party” in full uniform last year.

Due to this, Peters is facing charges of extortion, threatening bodily harm, and breach of trust.

OPP has currently been cracking down on speeding and stunt driving as the number of cases continues to rise across the province.

Back in April, it was reported that Toronto's reckless driving charges had gone up by a whopping 550%.

Toronto police were even called to the scene back in April after a driver was caught doing donuts in the middle of the usually busy Dundas square.

It's looking like a hot vaxxed summer for the 6ix. 💉

Toronto has just announced they are opening up thousands of new COVID-19 vaccine appointments over the next two weeks at City-run clinics.

There will be 30,000 vaccine appointments opening up for booking on Friday, for appointments during the week of June 21, according to the City's latest announcement.