Thousands came out in solidarity. 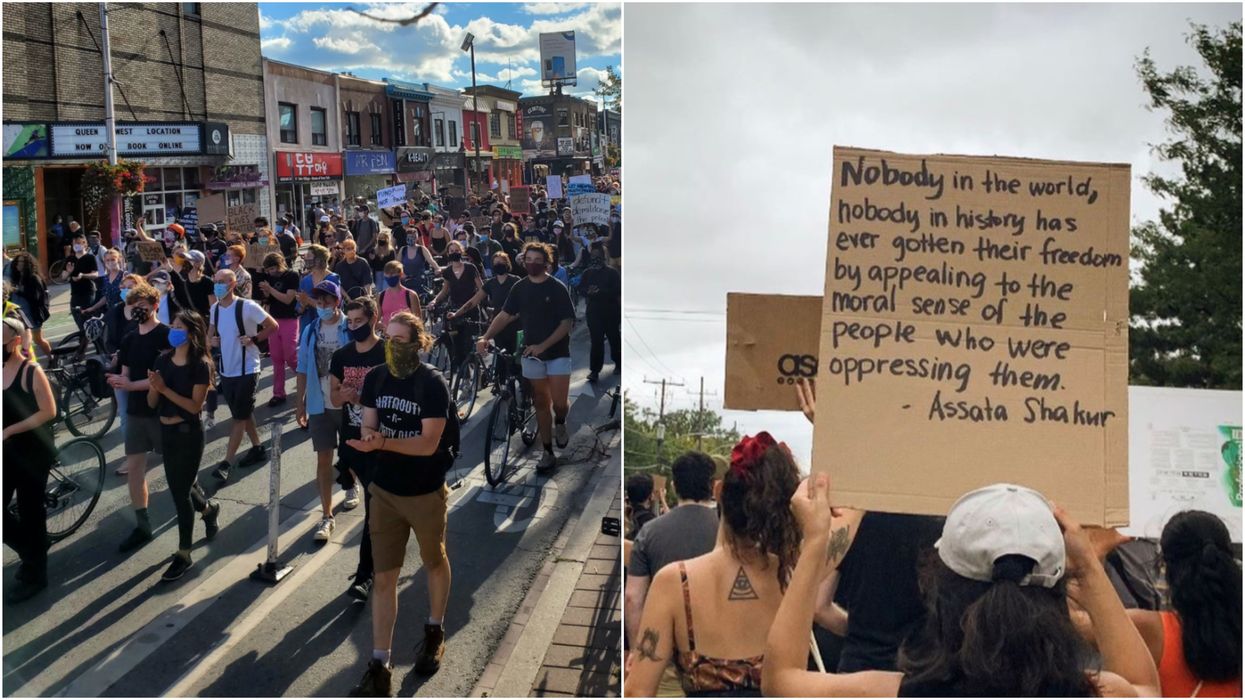 It was a busy day in Toronto on Saturday! Thousands of protesters gathered at two separate locations in the city, calling on officials to defund the police. The Toronto protests took place alongside similar demonstrations all over the country.

The first march was scheduled at Downsview Park at 11 a.m. on August 29, while the second began at 4 p.m. at Christie Pits Park.

The events were organized by Coalition for Black, Indigenous and People of Colour (BIPOC) Liberation.

In a news release, the group highlighted a list of demands moving forward. It includes defunding the police and providing alternatives to standard policing.

The group also calls for an end to paid administrative leave for officers who are being investigated for a crime.

Those in support of the movement were filmed marching through Toronto and holding up signs while demonstrating their views.

In footage shared on social media, the activists can be heard chanting "defund, disarm, dismantle, abolish" in unison.

According to the Toronto Star, at least 2,000 people came out in the 6ix to voice their support.

After meeting up at Christie Pits Park, protesters made their way to the Toronto Police Headquarters.

Other demands by protestors called to remove police from schools, to remove RCMP from Indigenous land, and to "invest in people, not police," according to a tweet.

Footage of the protest shows crowds standing in front of the Toronto Police Headquarters, while music played in the background.

These protests come just days after the SIU found Toronto Police to be not at fault in the death of Regis Korchinski-Paquet, who fell from a Toronto highrise balcony during a wellness check.

The rally follows similar demonstrations across the country this summer, after several Black and Indigenous people have died during police confrontations.