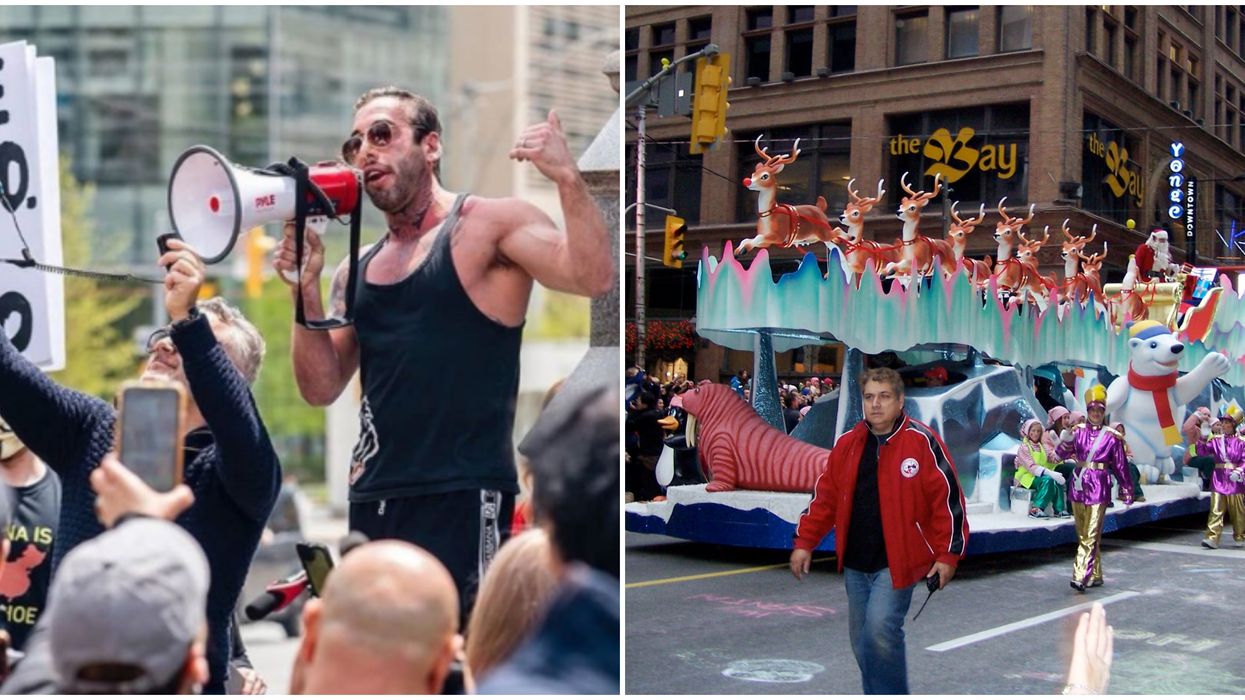 As Ontario hits the second wave of COVID-19, Toronto's Santa Claus Parade has been moved online for the season.

However, that hasn't stopped a group of activists from insisting on launching an event of their own.

Some residents are now taking it upon themselves to ensure celebrations go on despite Toronto's social distancing by-laws.

Editor's Choice: Canada Has Revealed What Single-Use Plastics Will Be Banned Across The Country

We are literally giving Christmas back to the people.

Chris Sky, a known anti-lockdown leader, claims he and his organization MAD (Mother's Against Distancing) are taking back Christmas by hosting their own Santa Claus parade.

The event, which will take place on December 5, 2020, will kick off at Nathan Phillips Square around noon.

Sky told Narcity that at least two other anti-mask groups, The Line and Hugs Over Masks, are helping put together the parade.

"MAD with 'The Line' and Hugs Over Masks are giving the people the freedom of choice to attend a Christmas parade as it symbolizes a lot more than Santa Claus. We know this will be a huge success and greatly appreciated by the vast majority."

Participants are being encouraged to dress in costume and bring their own floats.

Bundle up, it's going to get cold.


If you're looking forward to an "icy" and "flaky" winter, you're in luck, because that's what the Farmers' Almanac Extended Winter Forecast is predicting for Ontario.

This year is coming in cold, with well-below-normal temperatures predicted in Central Canada and a "brutally cold" Christmas and Boxing day across Ontario.

All purchases at retail stores would be GST-free for a month.👇


With a federal election just around the corner, Canada's major political parties are beginning their election campaigns and making policy promises to Canadians.

On August 16, the Conservative Party announced that part of their "recovery plan" is to remove GST on retail purchases for the whole month of December.

The big city can be all-consuming, and with spring around the corner, it's the perfect time to escape for an afternoon.

There are a ton of day trips from Toronto that are under three hours away, meaning you can fit the whole adventure in one day.

Let's go where the sun kisses the waves. If you are forever dreaming of cotton-candy-coloured skies, here are the top places to watch a sunset in Ottawa.

It's hard to beat the time between the golden hour and when the sky bursts with vibrant colours. There is no shortage of spots around town to watch the setting sun, but the best sites are next to the water.