And they're refusing to move until they're heard. 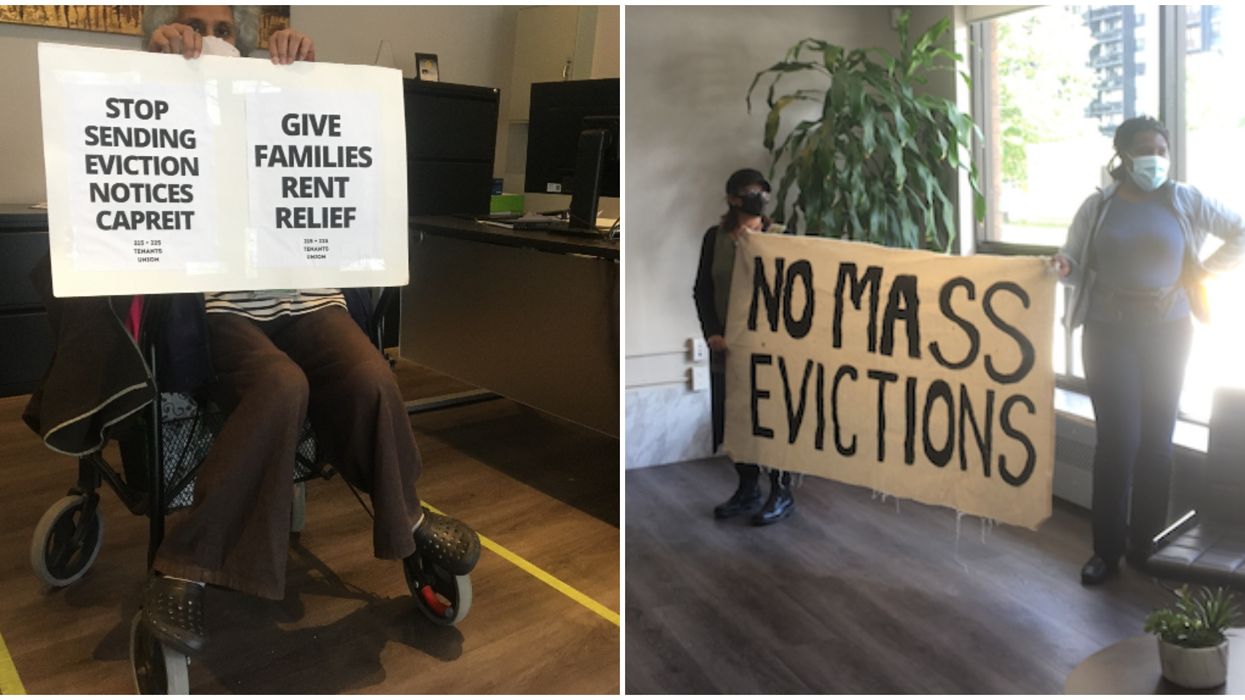 The uncertainty of the pandemic has been tough on some Toronto tenants, and they are taking action.

A sit-in protest is currently underway at one of the city’s largest property management offices, occupied by struggling renters.

Many tenants of 215 and 225 Markham Road are unable to pay rent due to the pandemic.

They are refusing to leave the office until the evictions notices they’ve been served are withdrawn and they are offered relief, according to community advocacy group Markham and Eglinton Unite.

Editor's Choice: American's Tweet About 'Downtown Canada' Went Viral & The Girl Behind It Is Speaking Out

Why is there a protest at CAPREIT in Toronto?

Tenants are now being served evictions notices by CAPREIT, who previously said that nobody would be evicted.

"CAPREIT told us they would not evict anyone, but then they sent out evictions notices just as the second wave of COVID-19 was confirmed," a tenant facing eviction said in a statement by Markham and Eglinton Unite.

"Tenants were verbally promised that no one has been evicted." Khalood Khan, an organizer with Markham and Eglinton Unite told Narcity.

"[CAPREIT has] really gone back on their word here."

What are Toronto tenants' demands at the sit-in protest?

Tenants are demanding that evictions notices be withdrawn and that rent relief be provided to them.

If those terms are not agreed to onsite, they are, at the very least, "not leaving until CAPREIT Ontario Director Carmen Perez agrees to meet with them to discuss these terms," says Steve da Silva of Markham and Eglinton Unite.

"[CAPREIT] says they care, but for decades our buildings have been falling apart and have been infested with pests," wrote another.

"Our community deserves a real answer and real relief."

How is CAPREIT responding to protests?

Khan told Narcity that as of this morning, CAPREIT office employees have told the protestors to leave.

The protestors have yet to hear from upper management at the time of publication.

“Today’s unlawful and irresponsible action by outside agitators at our Markham Road community was disturbing," the company told Narcity in a statement.

"In previous communications directly with residents at 215 and 225 Markham Road, we have repeatedly acknowledged a willingness to assist any resident struggling with financial challenges related to Covid-19."

CAPREIT also says that they have provided details on a rent relief program, as well as interest-free rent deferrals and repayment programs for those who are struggling financially.*

According to the group's statement, management has only been willing to discuss repayment plans up to this point and not any form of relief.