Toronto Drivers Keep Getting Busted By This One Etobicoke Speed Camera 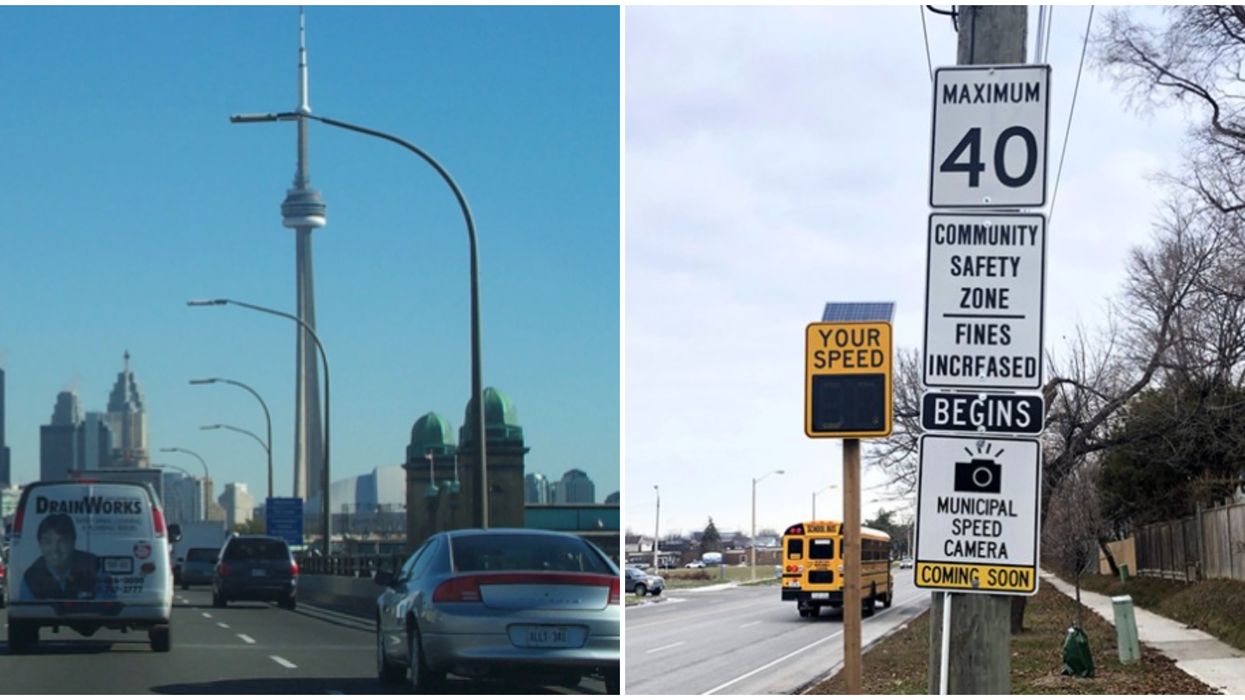 It's been two weeks since Toronto's new speed cameras starting issuing tickets, and the city has shared info on where drivers are getting busted the most.

In the first 14 days of Automated Speed Enforcement between July 6 and 20, the 50 new cameras hit drivers with 7,645 tickets, the city announced on July 31.

Editor's Choice: Costco Now Has Same-Day Delivery Across Canada & You Don't Even Need A Membership

One location, the camera at Renforth Drive and Lafferty Street in Etobicoke, has been particularly busy. That camera alone issued 890 tickets between in that time period.

This camera, located close to Pearson Airport, also recorded the highest above-limit speed — 89 km/h in a 40 km/h zone. It's also doled out the highest fine, $718.

Away from Renforth, one car has been busted eight times already, which is almost impressive. That was in the area of Trehorne Drive near Duffield Road, also in Etobicoke.

*This cover image was used for illustrative purposes.