"To everyone who feels sad or angry or afraid: You are not alone," wrote Trudeau. 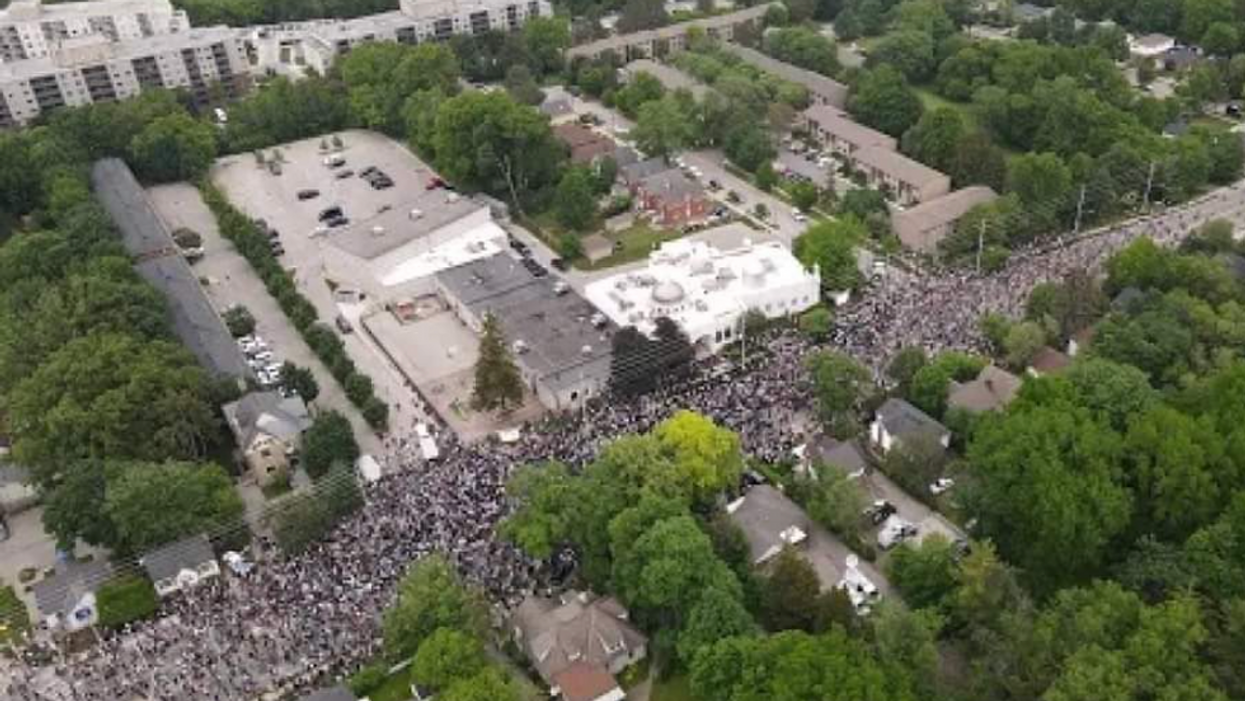 A vigil was held on Tuesday evening in honour of the four family members who were killed by a man driving a truck in what police described as a hate-motivated attack in London on Sunday.

The London Muslim Mosque organized the vigil to allow the community to mourn together, pay their respects to Madiha Salman, Salman Afzaal, Yumna Salman and Talat Afzaal, and rally around the nine-year-old boy, Fayez Afzaal, who survived the attack. The family will be remembered for their kindness and their positive impact on their community in London, reports The Globe and Mail.

"Islamophobia is real. Racism is real. You should not have to face that hate in your communities, in your country," Trudeau said at the event.

Many people carried signs that read "We stand with #OurLondonFamily," created by the mosque as a symbol of prayer and support for the family, according to their Instagram post.

Children have been drawing "a pathway of hearts" on the road outside the mosque -- the same road #OurLondonFamily w… https://t.co/yyygP6ekbf
— Fatima Syed (@Fatima Syed) 1623195078.0

Children wrote messages of kindness on the sidewalk on the same street where the Afzaal family enjoyed taking walks together, according to reporter Fatima Syed.

Jagmeet Singh said at the event, "No one should be afraid of who they are. Together we will stand to build a Canada where no one is afraid, where we are all celebrated for who we are."

This mural was made by 15 year old Yumna Afzaal. Her star was stolen by hate but the spirit of her inspiring words… https://t.co/GeXwFz5JNG
— Abdu Sharkawy (@Abdu Sharkawy) 1623179914.0

"Shoot for the moon, even if you miss, you'll land among the stars", was a phrase written on a mural that 15-year-old Yumna Afzaal apparently created.