They came back and did it a second time! 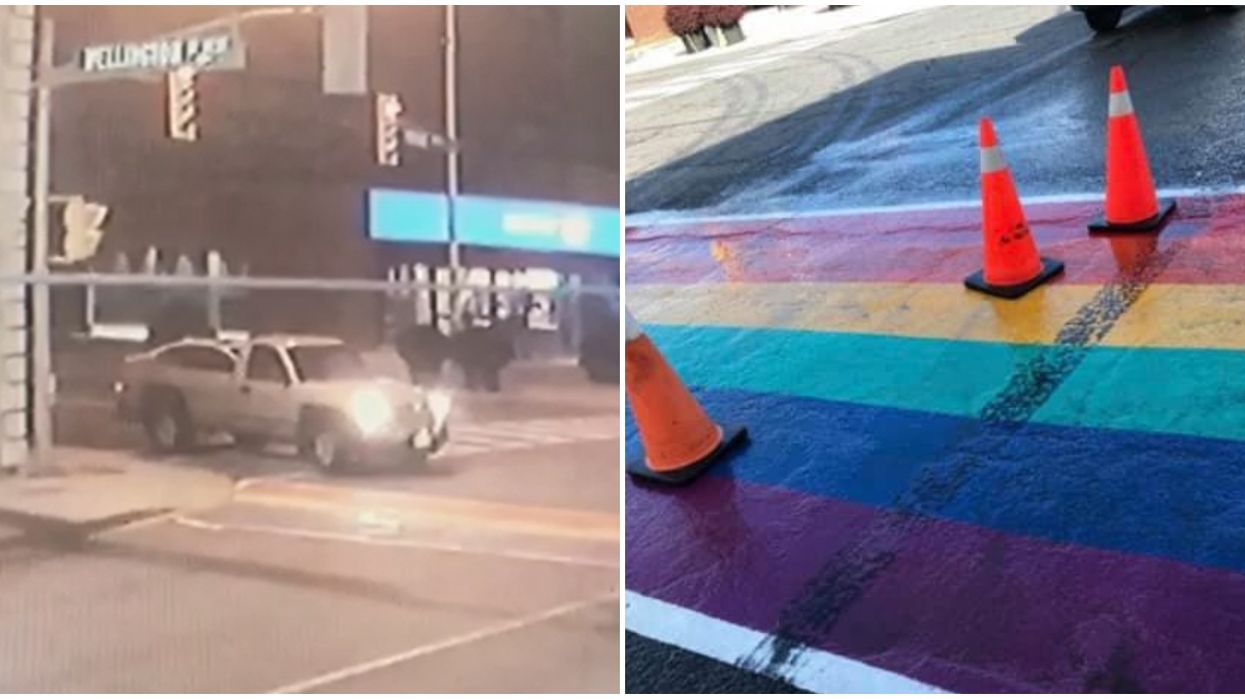 A number of cities have taken to making the pride flag a permanent part of their region. However, some people have not taken to the symbol being there, as in Aurora, Ontario. York Regional Police are searching for someone who defaced the town's rainbow crosswalk.

The authorities are asking for the public's assistance in identifying a truck that was seen messing up the newly painted section of street.

Editor's Choice: Missing Teen In Nova Scotia Has Been Found Safe Over A Week After Her Disappearance

An August 21 tweet reads, "Can you help ID this truck that intentionally left multiple tire skid marks across the freshly painted rainbow crosswalk at Yonge St/Wellington Rd in @Town_of_Aurora? This is being investigated as a suspected hate crime. 866-876-5423 x7141 with any tips."

The tweet also included photos of the truck in question. It appears to be a light-coloured pickup.

A news release from the York Regional Police indicates that the truck was spotted driving over the crosswalk and leaving the tire marks shortly before midnight on August 20. It returned later to do it a second time.

Aurora Mayor Tom Mrakas also commented on the incident on his Facebook page.

"It is disappointing that someone felt that doing a burnout on the newly installed rainbow crosswalk was a good idea," he writes.

"First off I am pleased that staff have removed the marks. This is the benefit of the thermal plastic material used, it can be cleaned immediately. Thank you to staff for swiftly removing the marks."

Mrakas reiterated that the York Regional Police are investigating, and added that it was a good thing a traffic cam was installed at the intersection.

He also included before and after photos showing the initial marks made by the truck, as well as how the crosswalk looked after being cleaned up.

The crosswalk had only been installed in the city of Aurora on August 20, as shown in a tweet from Mrakas sent the same day.

"What an historic moment for our Town as I was joined by our MP’s, MPP and Council as we walked together across the newly installed “Rainbow Crosswalk”.And what a message to send to the world that Aurora is an inclusive community that is accepting & welcoming of all. #AuroraProud," he wrote.

A similar incident occurred earlier this summer in Alberta, when an Airdrie Pride sidewalk was defaced twice in a single week.