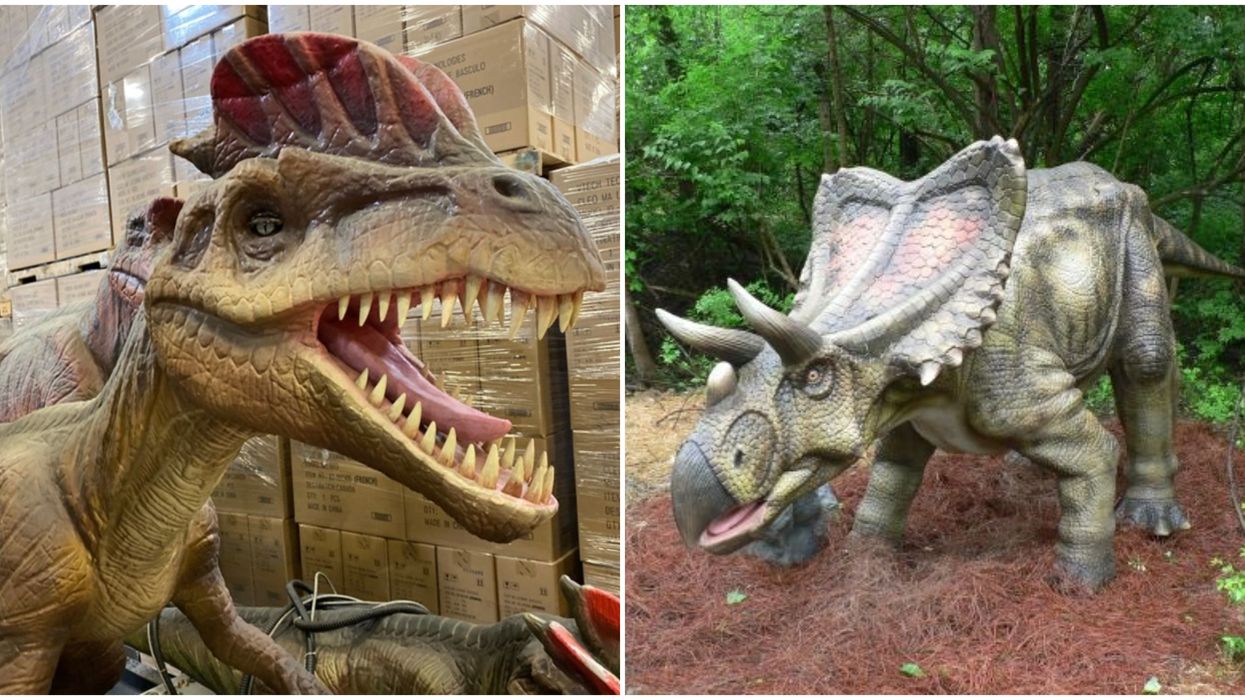 If you find yourself in the common situation of needing over 50 enormous, animatronic dinosaurs in B.C., then look no further. An incredibly vague auction is reportedly going up for dozens of the enormous fellows, from T-rexes to stegosauruses, and so many in between. They're also selling other items too, like fossils.

If you're looking to buy, prepare to place your bids because the auction is reportedly going live on Thursday morning, August 6. There is no minimum bid suggested.

In the plethora of photos attached, they show literal tons of dinosaurs, from towering brontosauruses to armoured ankylosauruses. The robots are seen chilling in what looks to be a warehouse, as well as outdoors in a park.

They've also included a bunch of photos of the fossils they mentioned, including everything from what looks to be fossilized teeth to imprints of entire dinosaur bodies.

Other than these and a short description, the seller provided little information on where these giant dinosaurs are coming from, why they have such a large collection of fossils, or why they're selling so many of them at once. Perhaps some questions are better left unanswered.

While we can't 100% confirm that the posting and sale is legitimate, we sure hope it is.

The sellers are holding a preview of the dinosaurs on Wednesday, August 5 if you're the type that needs to see the giant animatronic products in person before purchasing. Note that masks are mandatory for the viewing.

If you don't have the cash to buy the giant dinosaurs yourself, you can go visit some if you don't mind road tripping. There's a dinosaur park near Edmonton with a bunch of similar giant robot dinosaurs to these guys.

The seller hasn't included a suggesting bidding price, but is there really any price that's too high for these big guys? Probably. But when faced with such a rare opportunity, who'd let it just slip away?