They'll try to cast members of the same household. 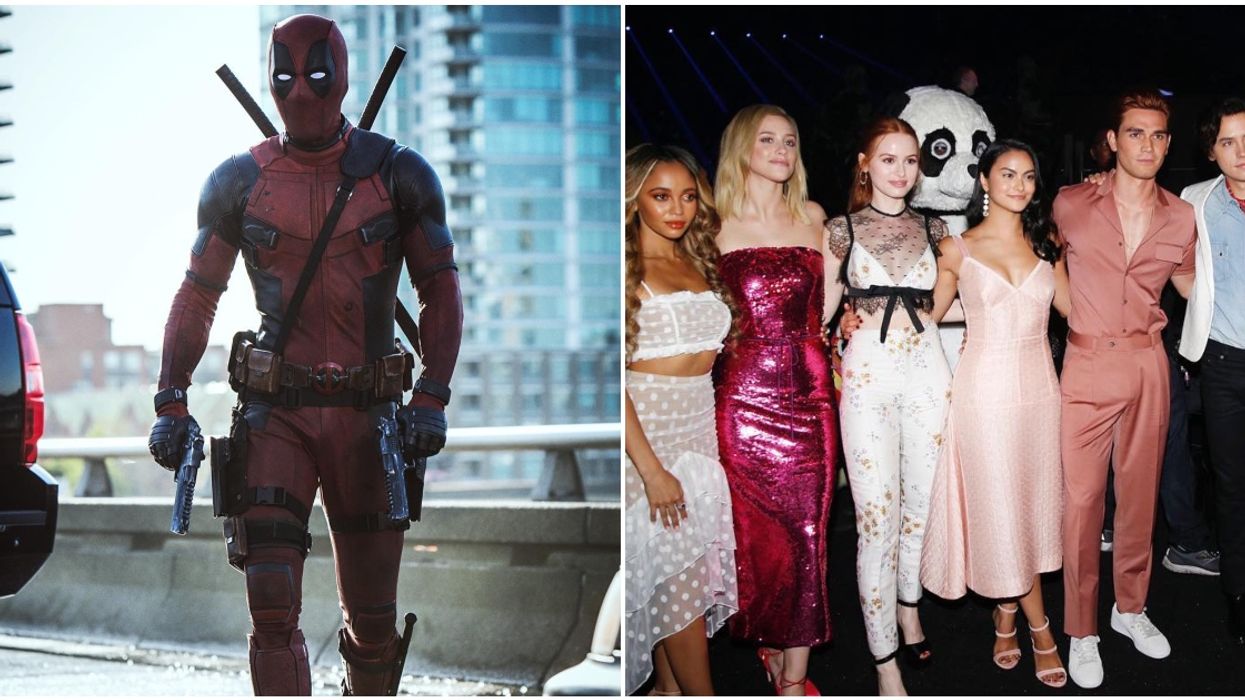 It’s a good day for every aspiring actor out there. WorkSafeBC has just announced that the Vancouver film industry can reopen. While some people will be returning to set, there are new guidelines that everyone is expected to follow. This includes limitations on kissing and yelling.

Now that B.C. has begun reopening nonessential businesses like restaurants and hair salons, WorkSafeBC has also released some guidelines for reopening the local film industry.

Film and TV shooting in B.C., especially Vancouver, is hugely popular. (The city especially can be styled to look like many different locations).

The famous teen drama Riverdale is just one example of the many things that are filmed in the province. Now on set, things will be a little different.

Scenes involving singing, loud yelling, or the use of wind instruments are thought to increase the risk of COVID-19 transmission.

So WorkSafeBC is asking that these scenes be filmed outside whenever possible, in addition to maintaining social distancing.

Film is all about creating an illusion, and now more than ever, film crews will have to put their skills to the test.

Alternative camera setups, angles, and lenses may be used in order to ensure there is a greater distance between actors when filming.

Fight scenes and scenes involving intimate displays may look a little different, too. Alternative methods to achieve the scenes will need to be considered, although it isn't specified what those will look like.

Workers also have a right to refuse scenes that include kissing or hugging if they do not feel comfortable.

Casting methods will also be changing.

Travellers from outside of Canada may not be permitted to enter the province. If they do, they'll be required to self isolate for 14 days.

Remote casting will be taking place.

Cast members who live in the same household may be used when physical distancing cannot be done.

All in all, there may be fewer people on set, including hair and makeup artists, background actors, and costume designers.

General cleaning and disinfecting will need to take place as well, especially on tools that are used by makeup artists.

While things may be looking a little different, the show must go on.

All of the guidelines have been posted online and it's now up to those in the production industry to determine a COVID-19 plan that'll work best for them within the guidelines.

The plan does not need to be reviewed by WorkSafeBC; however, it must be posted on the worksite.