There Are 15,000 Free Face Masks Up For Grabs This Summer In Vancouver

Even the buses are are wearing masks. 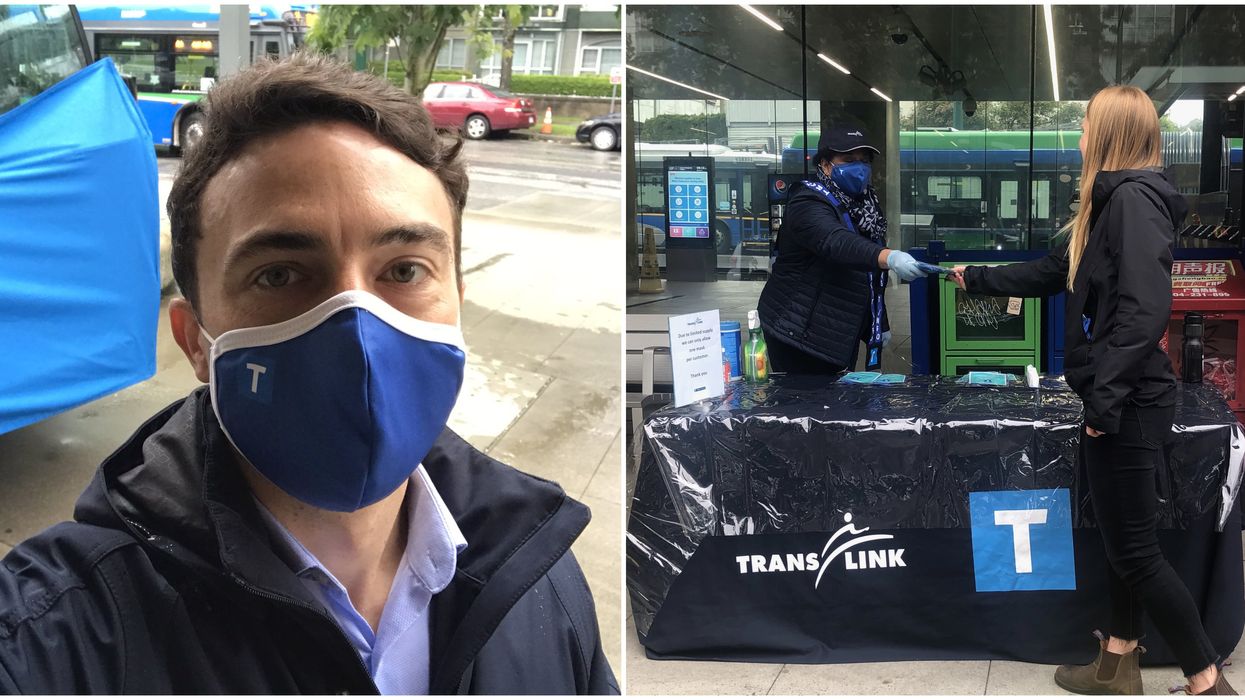 As Canadians start readjusting to life in the "new normal," many are taking to wearing masks when they're out. To help make commuting safer, one company is helping out in Vancouver. Free masks are being handed out to all by TransLink, and there are thousands up for grabs.

In a press release from Monday, June 15, the lower mainland's biggest transportation company said they'll be handing out over 15,000 free facemasks in the "coming weeks" from transit hubs.

Translink told Narcity that some will be given out in June, with the rest in July.

"We would ask customers to take one mask only so there are more to spread around," they said.

Their release read that stations with the free goodies will be set up at random points across their network, the locations and times of which will be shared on the company's Twitter page.

If you're worried you won't be able to spot the stands, fear not — occasionally, the stations will be accompanied by an enormous mask "wearing" bus.

The masks themselves are blue with a white border, with a  "T" stamped onto the upper right corner.

If you can't make it to a transit hub to pick one up, then you're in luck because the masks will be given away on social media as well.

And, later in the summer, they'll also be up for purchase on the TransLink store, the company said.

Recently, Translink announced that it's recommended for all commuters to wear masks while waiting or onboard the bus.

"If we can get to a point where most people on transit are wearing a face covering or mask, then it will be a safer experience for everyone."