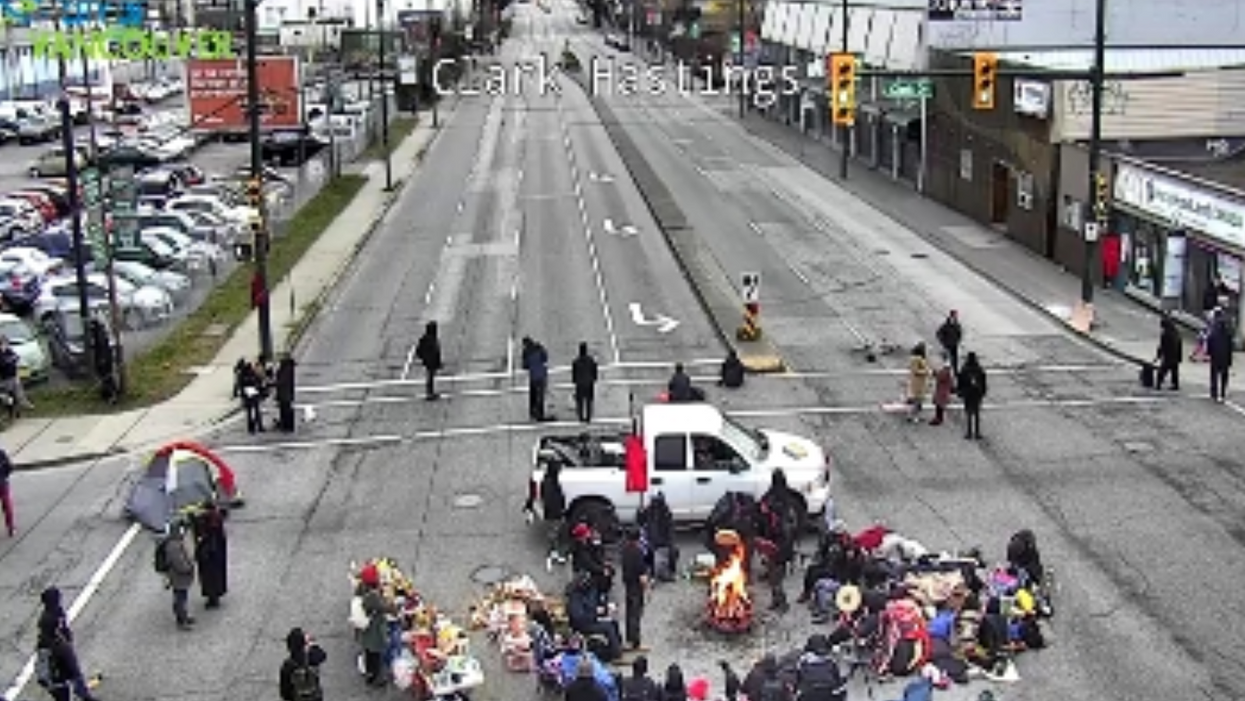 A Vancouver road blockade is currently in place at the intersection of Clark and Hastings on the morning of Wednesday, March 3.

According to posts by an Indigenous youth group called the Braided Warriors, the protest is in "solidarity with Stacy Gallagher, Jim Leyden and Tiny House Warriors in their ongoing battles in the colonial courts."

Stacy Gallagher is an Indigenous land defender who has apparently been issued a sentence for 90 days in jail following a peaceful sit-in at a Trans Mountain pipeline site.

A video posted to the group's Instagram said that they are "demanding that the colonial courts free [their] Uncle Stacy.

"The criminalization of these land defenders is a [blatant] example of the colonial violence against Indigenous peoples who stand in opposition to the Crown's illegal occupation and violent treatment of unceded, Indigenous land," another post said.

Vancouver Police told Narcty in an email that "The protest has been peaceful and there have been no arrests."

Braided Warriors posted this morning, calling for more people to join the blockade.

"When our numbers dwindle, we are in danger," they wrote.