8 Movies & Shows Filming In BC This Month

The cast of some of your favourite shows are here right now. 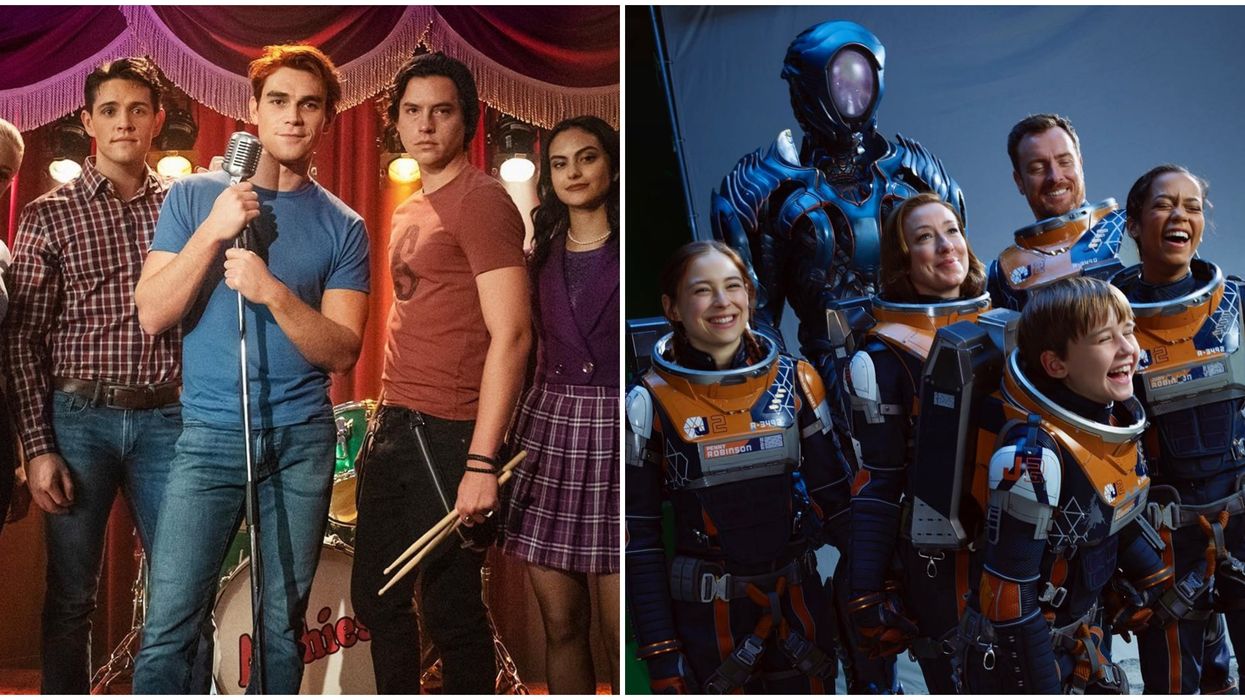 You don't have to have a friend in the industry to get a scoop on what's filming in B.C. right now. We found a bunch of shows and movies being made here in our province so we know which stars to be on the lookout for.

Of course, we all know Riverdale is filmed locally and even if we can't run into the stars, we can get a good slice of pie and a milkshake at the diner where they filmed the pilot.

So the next time you put on a cheesy holiday rom-com, just look out for any Vancouver landmarks you see in the scenes.

In case you didn't know, pretty much all of the CW's superhero shows are filmed here.

For example, The Flash always uses the streets of Vancouver as "Central City" and when they see a location they like, they rebuild it as a set. The "CC Jitters" coffeeshop looks suspiciously like the JJ Bean on Burrard Street!

Here's the scoop on what they're filming right now in B.C.

Why You Need To Watch: This stacked show is full of characters from all the DC shows like Arrow and The Flash.

Are You Afraid Of The Dark?

Why You Need To Watch: If you watched the OG version of the show growing up and still have nightmares, why not give yourself something new to be scared of?

Why You Need To Watch: Anyone who loves musicals and light-hearted TV will want to binge on this show.

Why You Need To Watch: Right now they're filming season 5 of the smash hit show and it's time to catch up or rewatch your favourite episodes so you can follow along with the mysteries.

Why You Need To Watch: Making B.C. look like another planet, this Netflix show is perfect for sci-fi fans.

Why You Need To Watch: Lifetime is making a Wendy Williams movie here so you can learn more about the mega-successful and charming TV personality.

Why You Need To Watch: This witchy show will get you into the mood for Halloween and fall faster than a trip to the pumpkin patch.

Why You Need To Watch: Ruby Rose might not star in this Vancouver-filmed show anymore, but you want to catch season two when it airs to see the first-ever Black Batwoman Javicia Leslie take the role.

Not your typical protest.

Protests broke out in Toronto on Wednesday following Premier Doug Ford's announcement about mandatory vaccine certificates in Ontario — but one protest was not like the others.

The latest season of Amazon Prime's popular show The Boys was actually filming a protest scene for an episode in Toronto and it was quite the spectacle.

Bundle up, it's going to get cold.


If you're looking forward to an "icy" and "flaky" winter, you're in luck, because that's what the Farmers' Almanac Extended Winter Forecast is predicting for Ontario.

This year is coming in cold, with well-below-normal temperatures predicted in Central Canada and a "brutally cold" Christmas and Boxing day across Ontario.

All purchases at retail stores would be GST-free for a month.👇


With a federal election just around the corner, Canada's major political parties are beginning their election campaigns and making policy promises to Canadians.

On August 16, the Conservative Party announced that part of their "recovery plan" is to remove GST on retail purchases for the whole month of December.

The actress was inside the upscale Asian fusion restaurant Lee, sitting at a table filming a scene with other actors — including one who looks a lot like Gone Girl actor and co-star Scoot McNairy.