But Leafs fans are used to disappointment, right? 😉 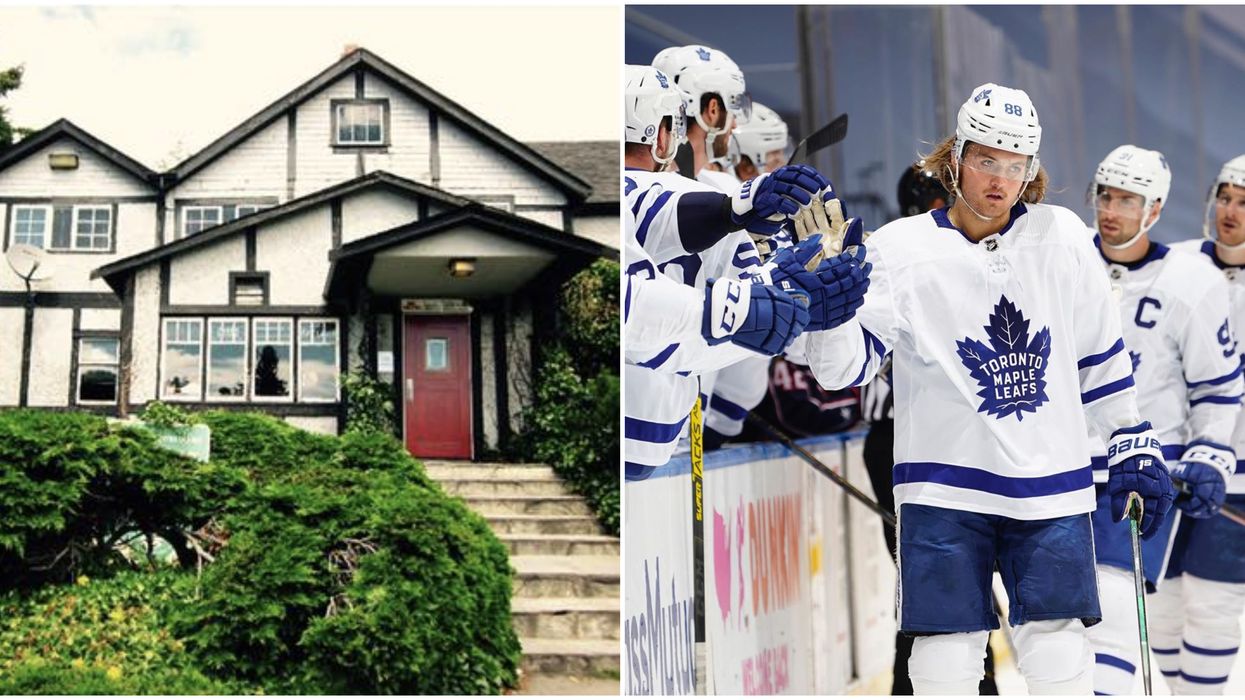 When you walk into this B.C. pub — Toronto Maple Leafs gear better be out of sight or you might be charged extra. Despite this, proud fans are still gladly paying the fine in friendly defiance. It's just a bit of fun in one of the most Canadian ways possible.

In his own words, 17 Mile House Pub co-owner Ken Whitaker loves the Montreal Canadiens, or the Habs, just as much as he hates the Toronto Maple Leafs.

"It's just a friendly rivalry, it's banter," he told Narcity.

His pub became famous for its "Maple Leafs Poutine," a $67 monstrosity described as, "in usual Leafs fashion, a cold, overpriced dish served with underperforming gravy, ice cold fries and a side of disappointment."

The $67 price point was in reference to the last year the Leafs won the Stanley Cup — 1967.

When asked whether he'd change the price if they won this year, he replied: "I've never even thought about the possibility of them winning. So I'm not even concerned about it."

His hostility at the Leafs doesn't just end there. If you come in wearing their jersey, you'll have to pay for it — literally.

"We have a Leafs fan surcharge," said Whitaker, explaining the 2% fee tacked to certain receipts.

"If the server sees someone is Leafs fan and they're proud of it they say 'don't forget to give them the Leafs fan surcharge.'"

He continued that they only give it out to people who look like they can take the joke.

However, in the end, his plan backfired — he said that Leaf fans are now coming in wearing jerseys on purpose so they can pay extra.

Now, lots of people are collecting their receipts as a sort of trophy — a marker of the pain that comes with being a Leafs supporter.

Despite the friendly rivalry however, Whitaker's pub isn't actually meant for sports — he described his business as more of a "quaint little British style pub."

Only in Canada are people so heated about hockey that even the British bars are throwing shade.