That means one of them can't cross the border to come into Canada. 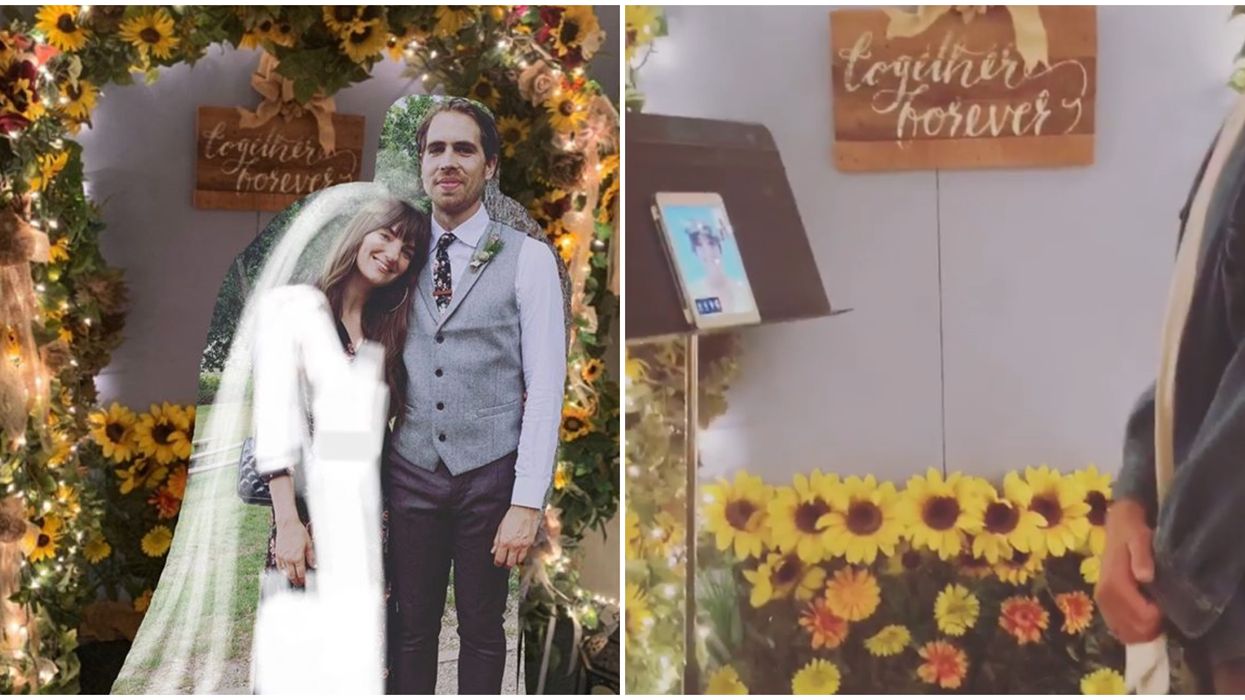 What a unique way to get married! However, these two will have to wait for their honeymoon and wait to actually see each other face-to-face. A Canadian-American couple had their wedding on facetime but Canada won't recognize their marriage. So that means they can't cross the border to be together.

Lauren Pickrell and Mark Maksymiuk got married on July 6 with her in Canada while he was in the U.S. and they told Narcity their story.

She's a Canadian living in Windsor, Ontario and he's American living in Michigan so with the border closed to non-essential travel they've been separated.

The pair tied the knot in the Kansas City Metropolitan Area at a chapel that's right on the border of Kansas and Missouri with only one of them actually there in person. This type of wedding is legally allowed there.

Pickrell was at the ceremony through a FaceTime call on an iPad while she was in Canada.

All of the necessary legal documents were filed by Maksymiuk in the state of Kansas.

"It wasn't what we had envisioned, but it was a small moment of hopefulness for us," the couple said of the wedding.

They're planning to have another ceremony once they can finally reunite.

Canada had previously made an exception to the border closure that allowed immediate family members to come into the country.

"We knew right away from researching online there was a big chance he would be denied entry from the beginning, but we needed to give it a shot. When you love someone you do whatever it takes to try to be with them," the couple said.

Maksymiuk was denied entry to Canada about a week after the wedding when he tried to cross the Detroit-Windsor Tunnel.

While at the border, he was told "that type" of marriage isn't recognized in Canada.

So, even though he's Pickrell's spouse, Maksymiuk can't come into Canada and be with her.

The couple is trying to stay positive though and keep up hope that the federal government will change who's considered an essential traveller soon.

Pickrell and Maksymiuk don't want the border to be opened though.

"We want families to be reunited because love is essential and love is not tourism," they said.

They both believe that mental health should be included when trying to keep Canadians safe and families are essential to that.

Another Canadian-American couple had a unique wedding ceremony in July too.

Since they were both living in Canada but the bride's family was in the U.S., the couple got married at the border in Alberta so both families could be there.