This Street, That Street, and The Other Street! 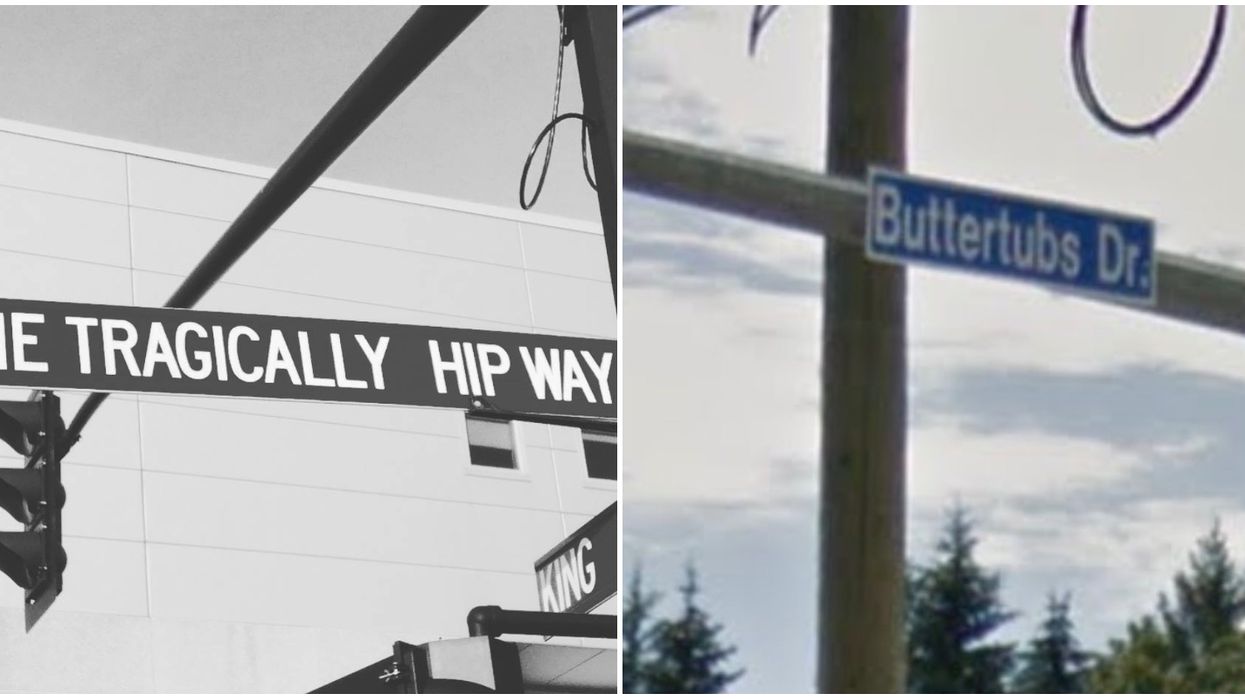 Canada is a huge country with plenty of unique cities to visit. Of course, finding your way around a new city can be a bit difficult at first, especially if you don't know all the street names. Luckily, Canada's street names can often be pretty easy to remember, especially the ones that are so weird and hilarious, that it's kind of hard to miss them.

There are streets all over the country with silly, weird, and downright strange names. Visitors to these places might even do a double-take at some of the oddly named roads where they find themselves. Canada has roads named after food, bands, and even nothing in particular.

People who live in the towns with these roads probably wouldn't think twice about them, but the truth is that they are pretty strange. Imagine finding yourself on Ragged Ass Road, or Buttertubs Drive. You might start to wonder if you've fallen into the Bizarro version of Canada, but nope. You're still in the real world, and these streets are all a part of it.

These are nine of the funniest, weirdest, and in one case, coolest street names from across the country!

This Street, That Street, and The Other Street, Porters Lake, NS

This is like the "Who's on First" of street names. There must be a lot of confusion when people get any of these addresses for the first time.

Wellesley may not be a well-known Ontario town, but it is home to one of the cheekiest street names that you'll ever see. If Queen's Bush Road doesn't get an immature giggle from you, we don't know what will!

It kind of makes sense that a town known for its own decadently sweet dessert might have a street named after tubs of butter, right?

We don't know how this street got such a colourful name, and frankly, we don't want to know.

This street name is either kind of fantastical and charming or just really pessimistic, depending on what kind of mood you're in.

The Tragically Hip Way, Kingston, ON

While some people might think it's kind of funny to name a street after a band, they should understand that The Tragically Hip are beloved in their hometown of Kingston and across the country. The street name also serves as a special memorial to the late Gord Downie.

Torontonians never think twice about how weirdly named Avenue Road really is. Yes, the Toronto street is well known, but what if it was called Street Road? This is basically the same!

This street just straight up tells you that it's funny. Who named it? Nelson from The Simpsons?

Okay writing Hill O' Chips that many times is making us all hungry.