Trudeau isn't too happy with those involved. 😳 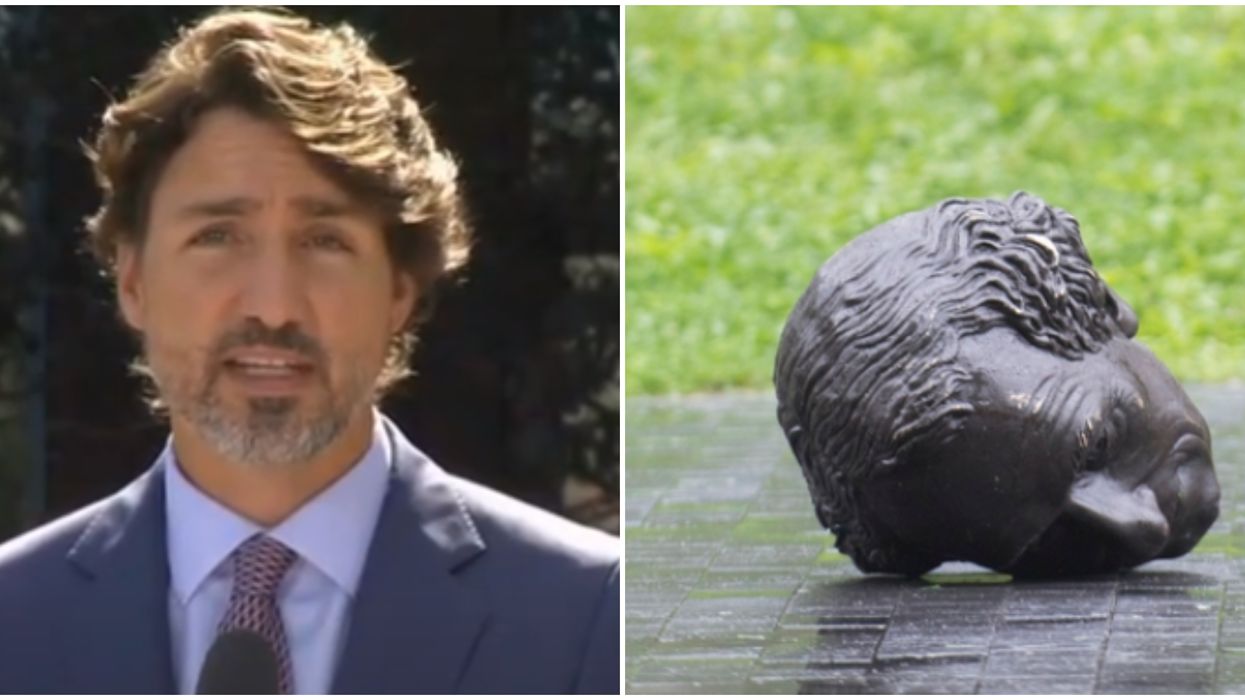 The prime minister is not happy. The recent toppling of a John A. Macdonald statue in Montreal appears to have Justin Trudeau putting his foot down.

The current PM took a stern stance on Monday, speaking out against the activists who pulled down a Montreal sculpture commemorating Canada's first prime minister.

Speaking at a conference on August 31, the Liberal leader described being "deeply disappointed" by what happened.

"Those kinds of acts of vandalism are not advancing the path towards greater justice and equality in this country," he said, adding that he does, however, understand the "frustration" of Canadians who've faced systemic racism.

Macdonald is becoming an increasingly controversial figure due to his racist connections and past policies.

A statue of the Virgin Mary was also decapitated in Toronto on Monday. However, the reason behind this action remains unclear.