A Statue Of John A. Macdonald Was Toppled Following A Protest In Montreal (VIDEO)

The statue was unbolted, toppled and sprayed with graffiti. 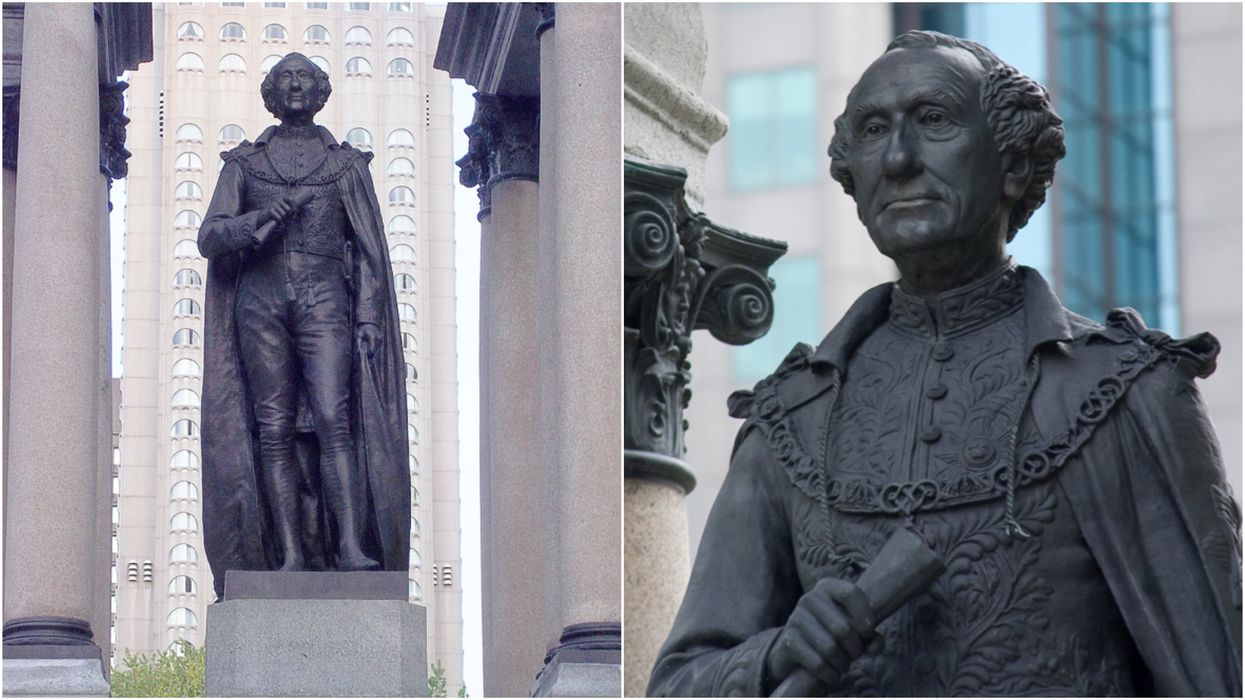 If you visit Place du Canada this morning, you may notice one statue is missing. Montreal’s John A. Macdonald statue was pulled down on Saturday afternoon, following a peaceful protest. Local police confirmed the figure was unbolted, toppled and sprayed with graffiti.

On Saturday, August 29, protesters in Montreal joined similar activists across the country, calling on various cities to defund their police departments.

According to local police, per the National Post, around 200 people peacefully marched throughout the afternoon.

At around 2:45 p.m., towards the end of the march, a small group of people attempted to topple a statue of Sir John A. Macdonald, Canada's first prime minister.

Those involved unbolted the monument and used ropes to pull it down, reports CBC News. As the statue fell, its head came flying off.

While police were present at the scene, officers did not intervene and no arrests were made.

Statues commemorating Macdonald, Canada’s first prime minister, are becoming increasingly controversial due to his past policies and actions.

“Whatever one might think of John A. MacDonald, destroying a monument in this way is unacceptable,” wrote Quebec Premier François Legault.

“We must fight racism, but destroying parts of our history is not the solution,” he said, adding that the figure must be restored.

Alberta Premier Jason Kenney took an even stronger stance, describing those involved as a “mob” and promising to host the Macdonald statue if Quebec didn’t want it.

This isn’t the first time a statue of Canada’s first PM has hit the headlines.

Back in June, an Ontario version of the monument was dosed in red paint multiple times.

In July, a similar sculpture in Regina was tied up with ropes, as activists attempted to share information about Macdonald's controversial past.

Macdonald isn’t the only historical figure to be questioned by Canadians in recent months.

Earlier this summer, a petition called for Carleton University’s Gandhi statue to be removed, citing his “racist and misogynistic views” as the reason why.

Vancouver's Gassy Jack monument was also dosed in paint recently, as activists say it's "upholding and honouring violence towards and oppression of Indigenous People."