He floated down the river for hours before police arrested him. 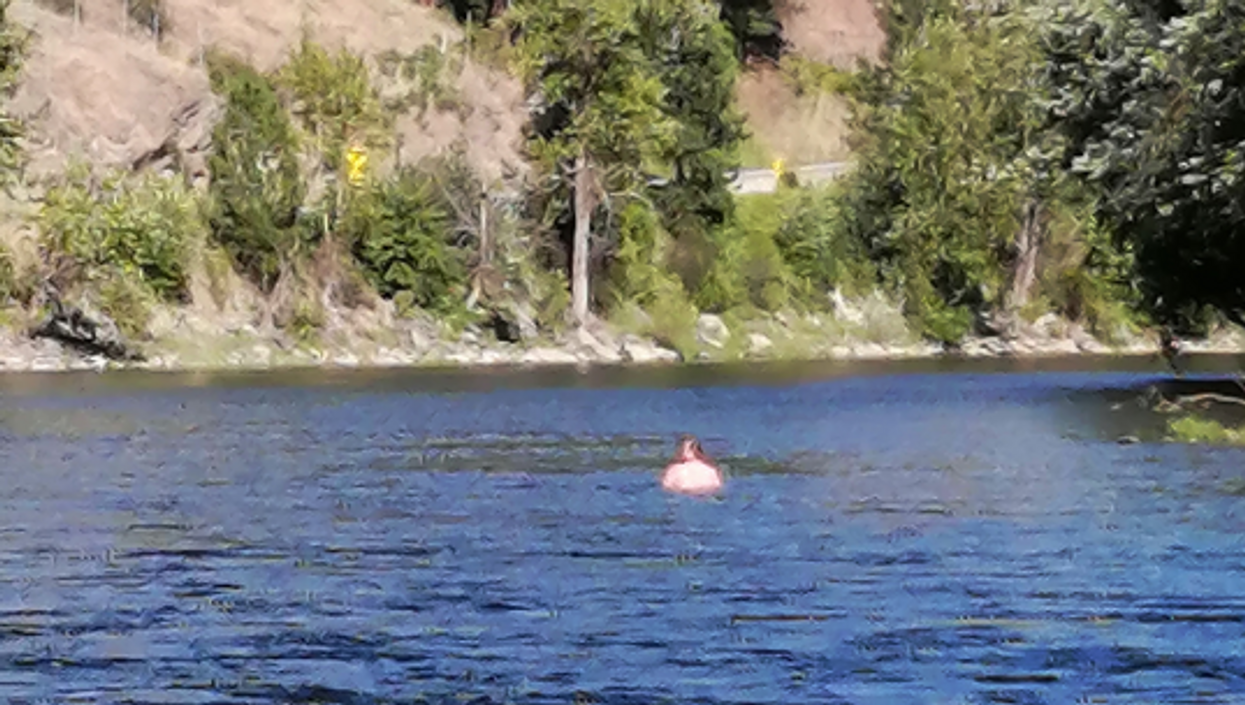 An American man went above and beyond to evade the authorities. On Friday, July 24, B.C. RCMP officers arrested a U.S. citizen for illegally crossing the border. The American border jumper led the police on an hours-long "float chase" down a river in B.C. before finally getting apprehended.

Editor's Choice: The Host Of That 200-Person House Party In Brampton Is In Deep Trouble (VIDEO)

At around 1 a.m. on Friday, Stevens County Sheriffs notified Grand Forks RCMP that a stolen vehicle had illegally come through the Canada-U.S. border.

The Stevens County Sheriff's department had tried to stop the vehicle in Kettle Falls, Washington, but the man had moved through the border anyway via the closed Port Cascade border crossing point.

"A spike belt was deployed successfully by U.S. officials, however, the suspect continued to drive and allegedly rammed through the barriers at the border before dumping the vehicle and fleeing on foot into Canada," according to the report.

Grand Forks RCMP members went around and patrolled the region. They were able to ultimately find the stolen vehicle abandoned on Highway 3, just outside the downtown core of Grand Forks.

But the driver of the vehicle was at large at that point. Later that day, the suspect was caught hanging out where he had left the vehicle.

"RCMP officers attempted to arrest him, however he resisted and ended up jumping into the waters of the Kettle River where he floated for 2.5 hours, attempting to evade his capture," said the report.

Grand Forks RCMP, alongside Midway RCMP, kept an eye on the man by walking down both sides of the river bank.

At some point, the river narrowed, so a cop, aided by some "Good Samaritans," was able to jump into the water and escort the suspect back to the shore.

RCMP have also attached a photo of the man floating down the river.

The U.S. man was handed over to the authorities at the Canada Border Service Agency.

RCMP will continue to work with the border agency to determine possible charges under the Immigration and Refugee Protection Act and the Criminal Code of Canada.

This was an exceptional response from many involved including the Grand Forks and Midway officers who tracked the male for 2.5 hours, the Grand Forks Fire Department, BC Emergency Health Services and local search and rescue personnel, says Sergeant Darryl Peppler of Grand Forks RCMP.

This isn't the first case of illegal border jumping at B.C. this month.

Two men from the U.S. earlier this month were caught going through the border with nearly 200 kilograms of methamphetamine.