If you didn't set your alarm early enough, check these photos out! 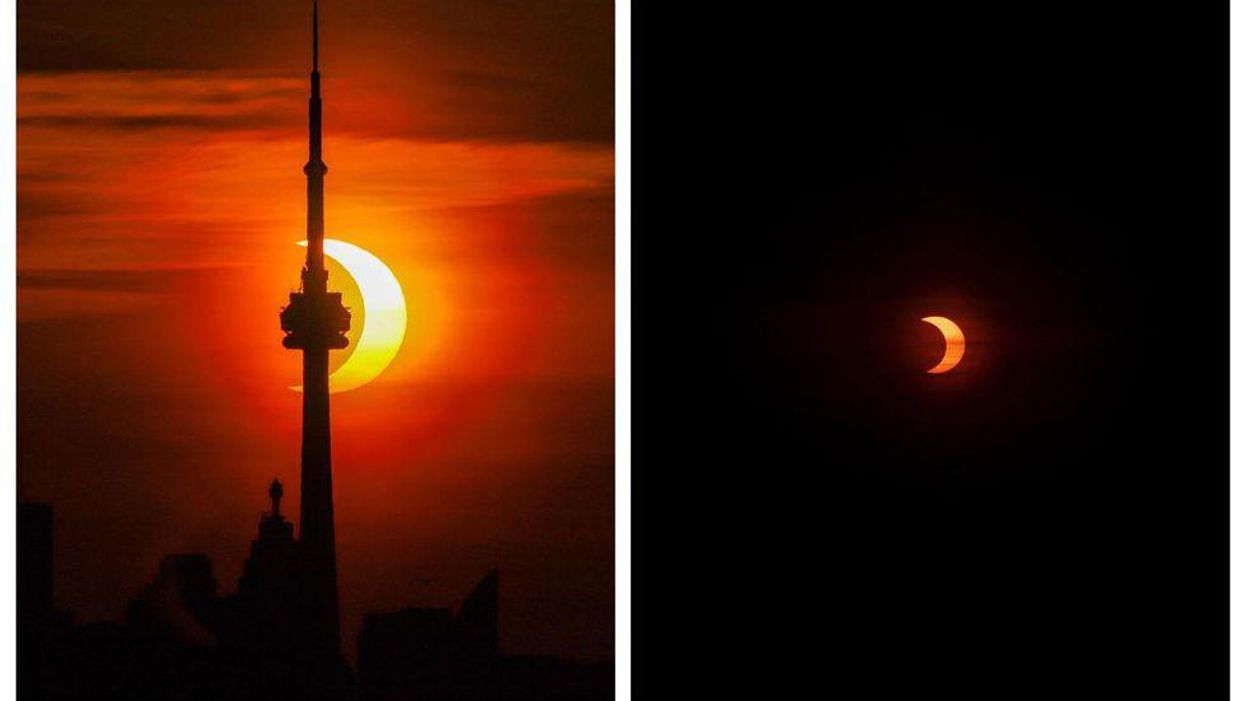 After the annular solar eclipse for 2021 happened on Thursday, June 10, Canadians took to social media to share their jaw-dropping snaps.

If you didn't wake up early enough to see the ring of fire or the crescent sunrise, these breathtaking photos are just as good as watching it in person.

The viewing zone for the eclipse was anywhere north and east of a line from Edmonton to Savannah, Georgia, so a good chunk of the country was treated to the spectacular sight.

The sun looked dented, crescent-shaped or ring-shaped in the sky in different parts of the country. In some locations, people got to see the sun line up beautifully with local spots like the CN Tower in Toronto and a lighthouse in Nova Scotia.

As the moon passed in front of the sun in the path of annularity, it didn't cover the sun completely and created a ring of sunlight instead.

An area from Lake Superior to Northern Quebec to Nunavut was in that path of annularity and got to see the "ring of fire" eclipse.

While the "ring of fire" is stunning, even the crescent-shaped or slightly dented sun was a sight to behold.

There's another solar eclipse happening this year but it will only be visible in the southern hemisphere. The next time one will be visible in Canada is October 14, 2023!