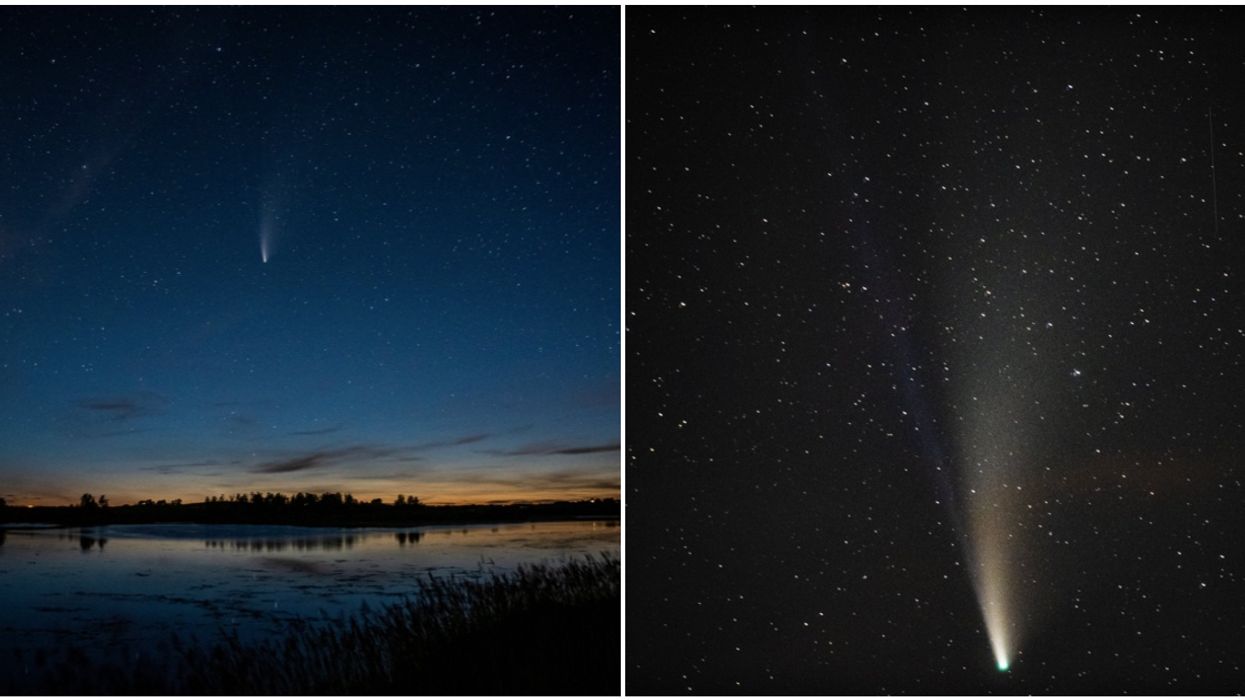 You may want to keep your eyes to the sky on Thursday, July 23. Get ready to see the NEOWISE Comet, Calgary. You won’t want to miss it because it won't be back for literally thousands of years.

Our planet is gorgeous and every once in awhile, we're treated to a light show that is just too rare not to watch.

On the evening of July 23, Calgary is going to be treated to one of those once in a lifetime displays.

According to The Sky Live, the comet will be closest to earth tonight which means you'll have the best chance of viewing it when things go dark.

If you want to see it, the time is now because Star Walk has stated that the comet is heading away from earth and once it's gone, we won't be able to get a glimpse of this phenomenon for another 7,000 years.

Space.com claims that by shortly after 9 p.m. tonight the comet will reach “perigee” which means it'll be closest to earth.

Even though it'll be closest on Thursday night, it'll still be around 64.3 million miles away.

If you are awake early in the morning and scan the NE horizon before sunrise with binoculars, you can see a comet.… https://t.co/YayOgnVwKy
— Astrogeo (@Astrogeo)1593947032.0

The comet will be super bright all thanks to the sun.

CTV News reported that the solid icy and rocky surface of the comet that has been seen all over Canada will get so hot that it'll convert to gas which then causes the debris falling behind it to glow and illuminate.

This then creates the look of a tail in the sky.

As the comet travels further from the sun, it cools off and the gases will dim.

To commemorate the 51st anniversary of the first Apollo moon landing, I found myself out photographing Comet Neowis… https://t.co/7gsOsUA2aC
— ChristyTurnerPhoto (@ChristyTurnerPhoto)1595319432.0

Pictures of the comet have already surfaced online and it looks gorgeous.

It's literally so big and right that it has been viewed with the naked eye around Calgary.

Star Walk writes that the comet will now begin to gradually move away from us and in the process of doing so, will seem less and less bright.

By mid-august, the comet will head back to the outer regions of the solar system where you can only see it via telescope

In order to get the best view, you may want to head where there's minimal to no light pollution.

Also staying away from the city will ensure that no tall buildings get in the way.

To spot it, look above the moon and right below the Big Dipper.

The Canadian Space Agency is encouraging people to get outside and look at the sky to spot the NEOWISE comet.

To get a better look, consider bringing binoculars or a zoom camera. You can also head to an observatory if you’re wanting the ultimate view.

The sky in Canada is literally amazing. From northern lights to super moons and colourful sunsets, we get it all.

There has even been some serious action in the clouds lately as the International Space Station was visible over Calgary on Saturday, July 18.

Fingers crossed that the skies stay clear tonight so we can all take in this once in a lifetime view before it disappears for thousands of years.