It doesn't get more wild west. 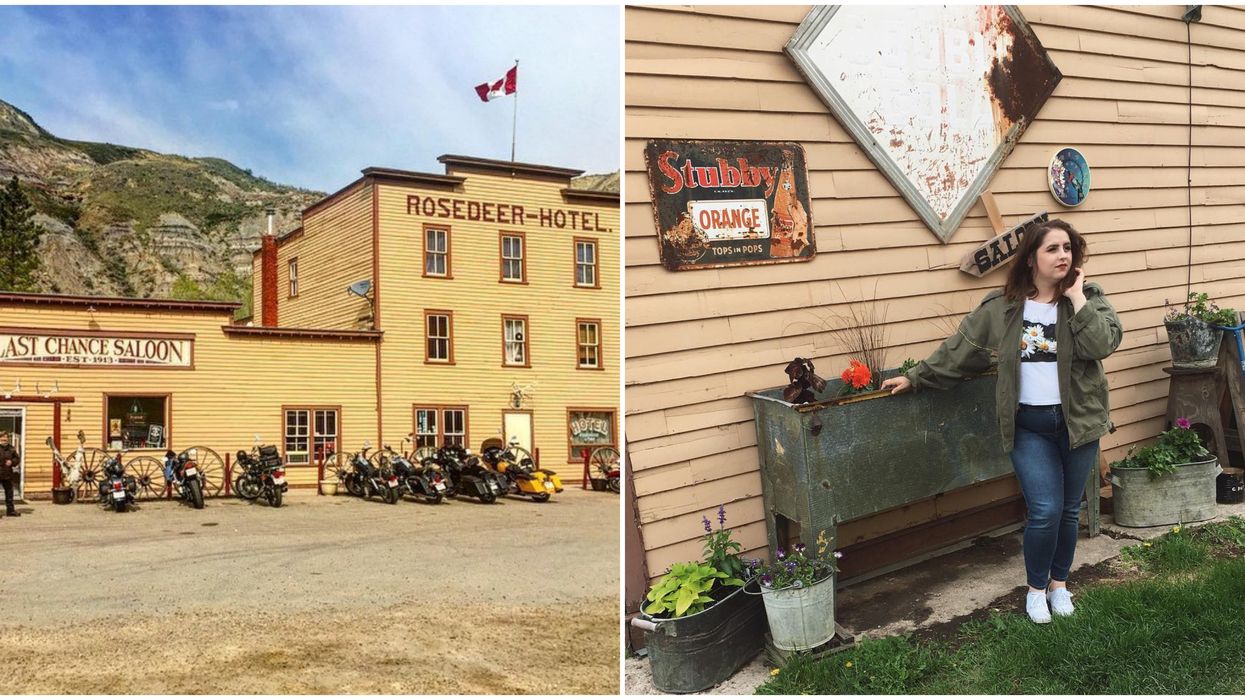 If you're out wandering the badlands near Drumheller and sense something spooky in the air, you might be near Wayne, Alberta. This cowboy-filled settlement is a ghost town in more ways than one. Because even though its people might have left town physically, some believe their spirits remain.

According to the Last Chance Saloon, one of the last buildings and businesses still standing in town, the little hamlet is home to only 28 people. However, back in its prime as a mining settlement in the early 1900s, Wayne hosted around 2,000.

Editor's Choice: This Gorgeous Ontario Oasis Is Like A Caribbean Vacation Without The Airfare

Where once you might have found homes and businesses, now only two buildings remain: the Last Chance Saloon and the Rosedeer Hotel. They somehow look even more wild west than they sound.

The two are still in business after all these years, and they're a common gathering place for travellers to grab a bite to eat or a place to sleep. On the inside, you'll find the place packed with relics and countless stories. The walls still have bullet holes in them.

And speaking of bullet holes, some believe that of the thousands of miners that once lived there, some never left.

Paranormal investigators have flocked to the town, and it was even featured in an episode of Canadian ghost-hunting show The Other Side.

According to the show, the spirits of the old miners still linger around the two main buildings. On the third floor of the Rosedeer Hotel, for example, one worker was reportedly murdered in his room by the Ku Klux Klan.

And, to make it grimmer, in the 1920s, so many fights broke out in the bar that it was nicknamed "the Bucket of Blood."

The owner and General Manager, Dave Arsenault and employee Paula Sutherland have also reported strange experiences, from footsteps to feeling breath blow down their neck.

So if you're thinking of dropping by, make sure you bring that EMF meter along for the ride.

Why You Need To Go: Check out this bona fide ghost town, with ghosts included.