The initiative comes after huge crowds and gatherings in the area. 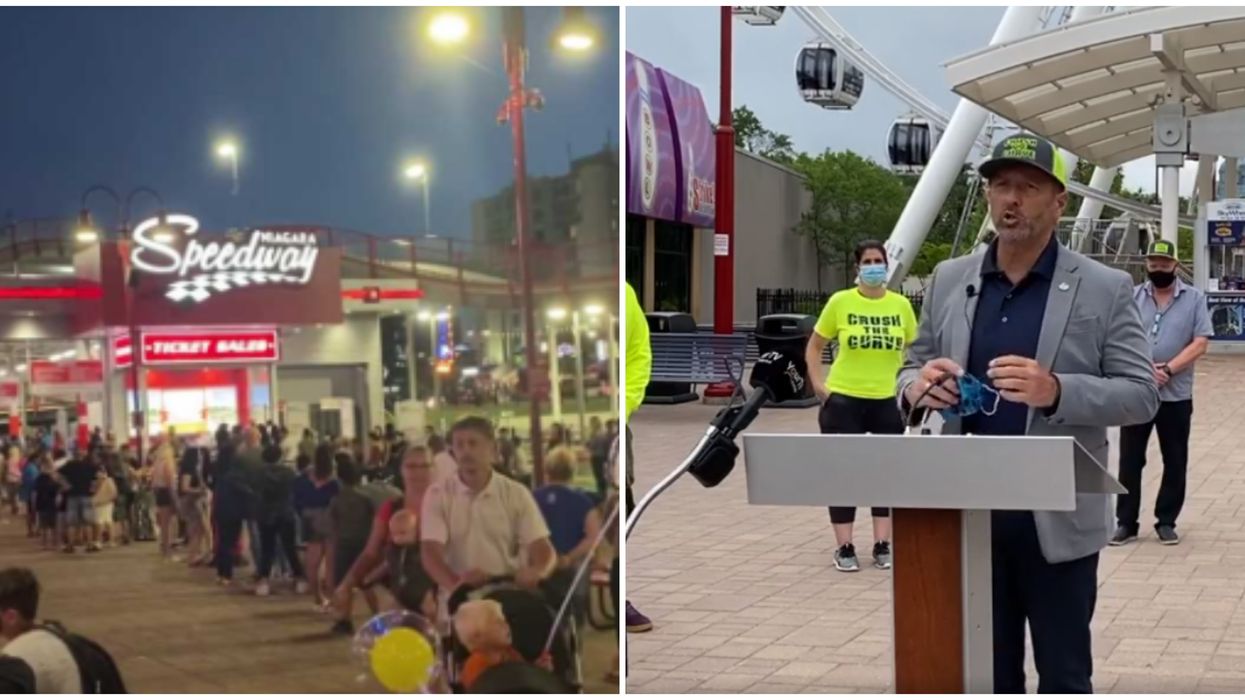 One of Ontario's busiest tourist destinations is taking action to curb crowding. Niagara Falls Mayor Jim Diodati announced on July 23 that the region will be tackling Clifton Hill crowds with the help of new "Crush the Curve" ambassadors. The initiative comes after videos of large gatherings in the area surfaced online.

According to Diodati, the ambassadors will wear yellow hats and sweaters to make them visible to visitors.

They will be armed with sanitizer and all the answers to your burning questions about mask bylaws and social distancing. They'll be patrolling the Clifton Hill area to help visitors follow the rules.

Mayor Diodati stated during a press conference outside the Niagara SkyWheel that the city is approaching the issue of crowds with suggestion rather than conviction.

“I want to say that we are all in this together. I am proud of area businesses to pivot and come forward with a safety team in 24-hours and to put their plan into action," said Diodati.

The Crush the Curve team will be "directing people where to get masks and educating visitors on any Regional mask requirements," said the mayor.

"They will be indicating the safe distance to be from other visitors, people, or families."

Last Saturday, hundreds of people swarmed the Niagara Speedway race track, waiting in massive lines and hanging out in the area.

In the footage, hardly anyone was wearing a mask or observing social distancing.

On Monday night, a massive group of people congregated at the Falls to celebrate Columbia Independence Day.

Crowds of people dressed in yellow, red, and blue could be seen partying and interacting without masks.

Now this infuriates me 😡 I am a health care worker working extra shifts to meet the demands of people getting teste… https://t.co/XXdcHqvJqR
— Maria (@Maria)1595441266.0

“It was a spiked crowd who were celebrating 201st anniversary of Columbian independence the falls were lit up in the middle the Colombian colours blue, yellow and red and a lot of people after they saw it came up here and it was an onslaught of people,” Diodati said of the celebration.