Not a good weekend to go swimming. 🐬 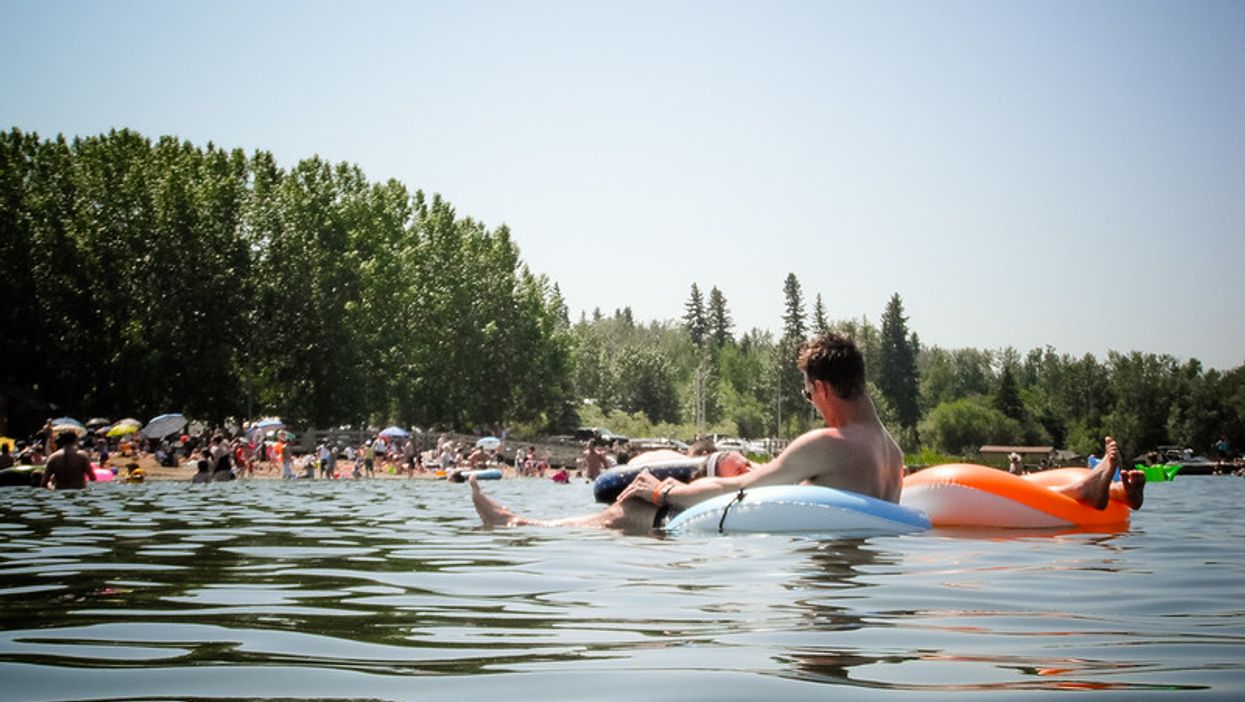 Even though long weekends were made for dips in the lake, you might want to think twice before that cannonball. There are official water quality advisories at five Albertan lakes. Fecal bacteria were discovered in all of their waters, and health authorities warn against swimming there.

At the Wabamun Lake Provincial Park beach just outside of Edmonton, it's not good to swim there right now, wrote Alberta Health Services (AHS) on Saturday, August 1. The authority detected "elevated levels of fecal bacteria currently present in the water."

"Avoid contact with the face/mouth and ensure hands are washed after being in the water," it warned.

That same day, a similar advisory was filed for Zeiner Park Beach at Pigeon Lake, an hour outside Edmonton. As before, high levels of bacteria normally found in poop were also detected in the waters.

A day earlier on Friday, July 31, water quality advisories were filed at both Gull Lake at Aspen Beach and Williamson Provincial Park at Sturgeon Lake.

The former is found 90 minutes south of Edmonton, and the latter is over a three hour's drive northwest of the city.

And on Thursday, July 30, fecal bacteria were also found in Buffalo Lake at Rochon Sands, two hours south of Edmonton.

Signs have been posted by health authorities while AHS Environmental Public Health officers monitor the waters for any changes.

"This advisory will remain in effect until further notice," they wrote.

The levels of bacteria were detected by direct testing of the water at the specific beach areas. If you come in contact with the water, they wrote, you could come down with "gastrointestinal illness" or "ear and eye infections."

If you must swim, washing your hands afterward helps reduce the risk of infections.

"As always, visitors and residents are reminded to never drink or cook with untreated water directly from any river, lake or reservoir, at any time," wrote AHS.

"Water-borne organisms, including fecal bacteria, can cause vomiting and diarrhea."

In the past week, eight different water advisories were also given for different Albertan lakes after blue-green algae were detected in the water.

Locals were warned to avoid contact with these waters as well.

All in all, it hasn't been a very glamorous week for swimming in Alberta.