It's just so creepy 😱 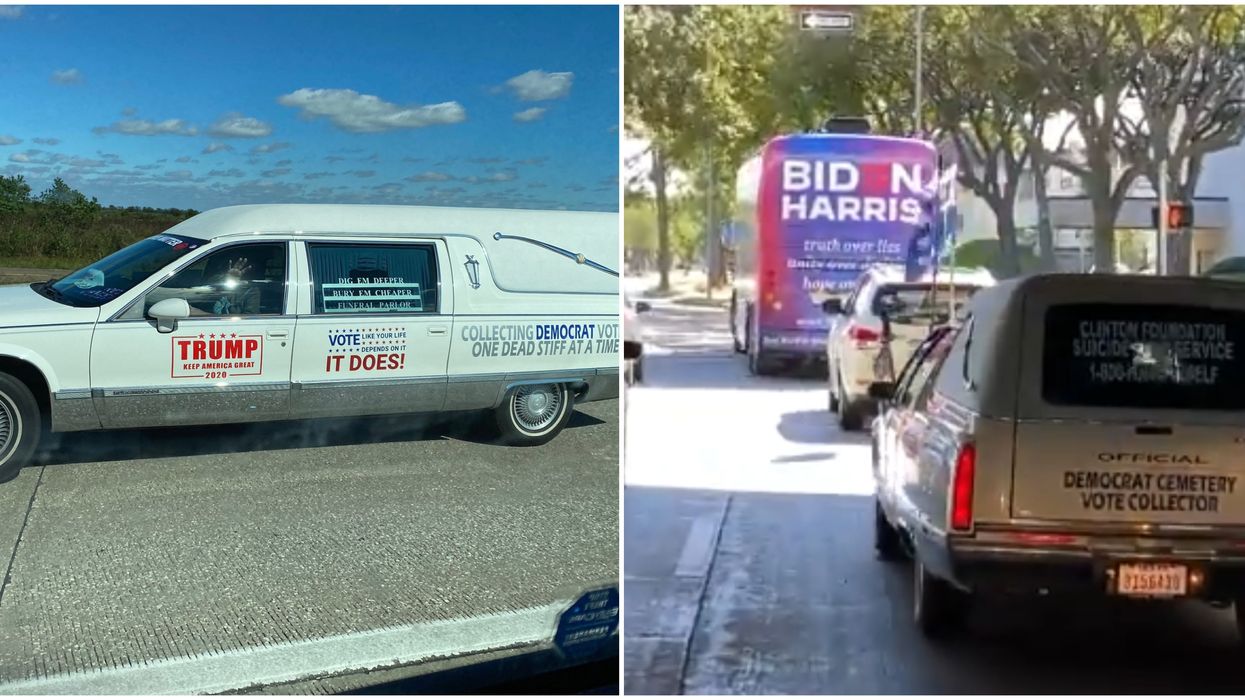 The Biden Bus is rolling through Texas this week and Trump supporters have found unique ways to counter the campaign move.

This comes less than a week before we find out if Trump will have another four years, or if Biden will return to the White House as President.

One Trump supporter took things to a whole new level and decked out a Hearse, a car which carries caskets to funerals, in pro-Trump and anti-Biden stickers.

The Biden bus is running red lights like crazy trying to get away. Kambree Kawahine Koa

The bus tour made its first appearance in Texas just a couple of days ago and was more often than not, met with a parade of Trump supporters.

To undoubtedly add to the chaos, Vice Presidential Candidate Kamala Harris will be making multiple appearances in the lone star state starting today as a last-minute effort to turn the traditionally red state blue.

Today (Friday), is also the last day to vote early in Texas.

If you didn't make it early voting, you will now have to wait until the general election, which is scheduled for Tuesday, November 3rd.

Trudeau and Biden talked on the phone.
potus | Instagram

Joe Biden has revealed that Canada getting vaccines from the U.S. could happen again and he's going to try and help our country.

While announcing on April 21 that his country has reached a milestone of 200 million doses administered, Biden said that he's looking at what can be done with doses that aren't being used.

It seems essential workers and Toronto residents who rely on public transit are still dealing with overcrowding on the TTC.

People have taken to social media to express their concerns about the lack of physical distancing on city buses and call on the TTC to do more.