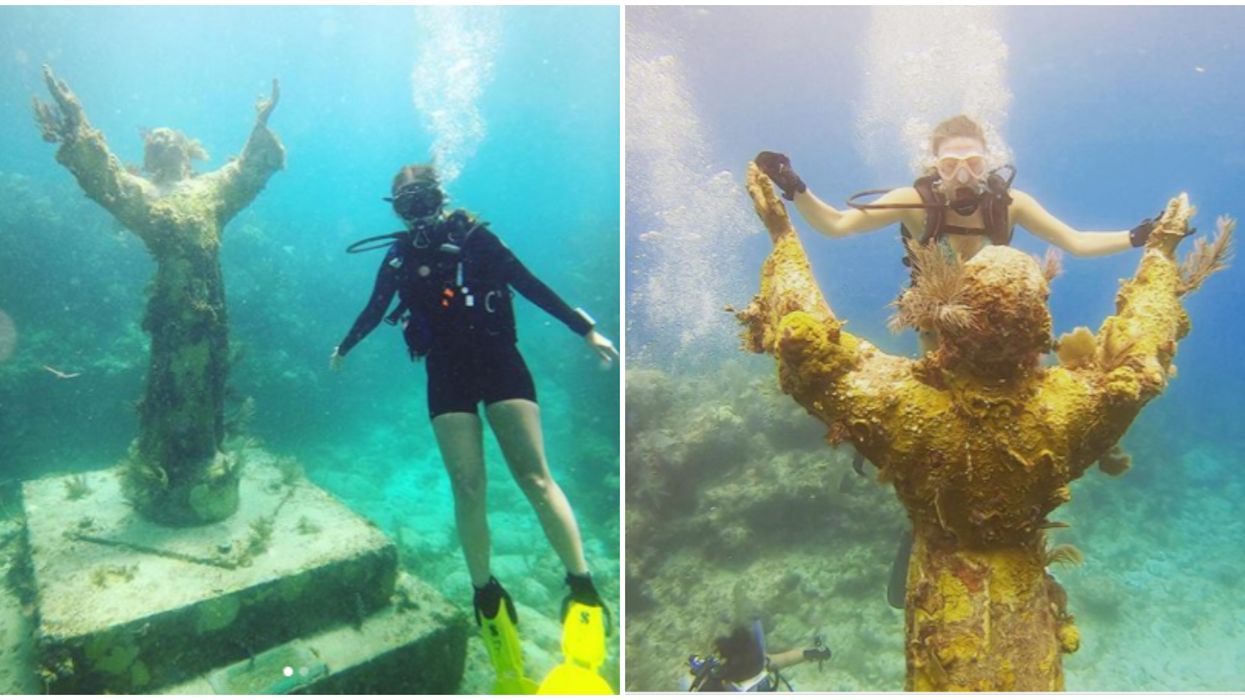 Taking a snorkeling adventure in the waters surrounding Florida is an astounding adventure. There are so many treasures to discover hidden beneath the emerald waves and among the vast coral reefs. One Florida snorkeling tour will take you on an adventure to a hidden gem off the coast of the Keys, to a submerged statue of Christ himself.

He sits submerged among the reef of John Pennekamp Coral Reef State Park, which sits off the coast of Key Largo.

The entire state park sits underwater, the first such park of its kind in the United States when it was established in 1963.

Editor's Choice: 9 Surreal Places In Arizona You Need To Visit

The statue, named Christ of the Abyss, sits near North Dry Rocks and is one of just three statues of its kind in the entire world, and the only one off the coast of the U.S.

He was submerged in his current location in 1965 and was donated to the state park a year later.

According to the seasoned snorkelers at Tropical Snorkeling, the statue rests under 25 feet of water within a small canyon.

For just $29.95 per person, you can take a snorkeling tour of the area where he stands.

The tour is run by the Coral Reef Park Company and will take you underwater for two and a half hours and right to the coral reef that Christ of the Abyss calls home.

The statue is covered in barnacles and has a totally otherwordly feel to him.

It's a stunning find within the living coral reef of the state park and will immerse you in an amazing underwater world.

Christ Of The Abyss Snorkeling Tour

Why You Need To Go: Snorkle to see Christ of the Abyss off of Key Largo, one of only three of its kind in the world.