Lots of people want to relocate to the Great White North. 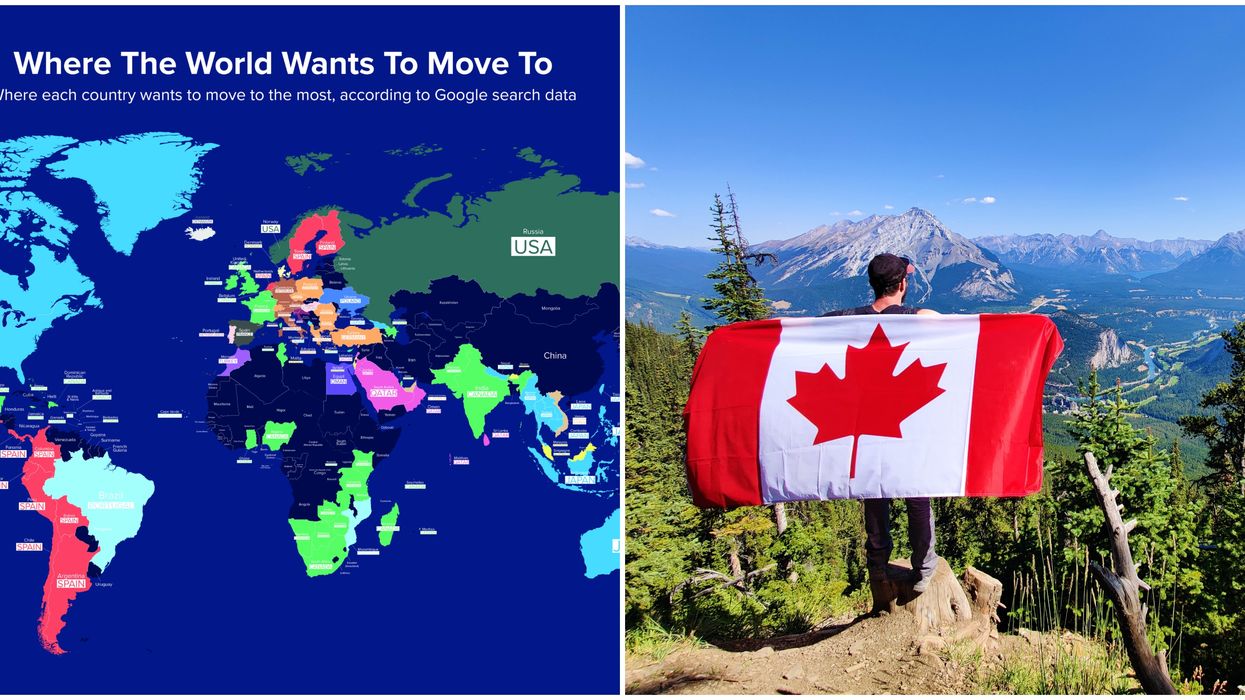 It looks like Americans aren't the only ones who want a piece of Canada. In fact, the rest of the world is in on it too, making the True North one of the most desirable places to live.

Data shows that the most popular country to move to in the world is none other than our home and native land.

Editor's Choice: The "Perks Of Moving To Canada" Is Trending On Twitter & It's Hilariously Stereotypical

The topic of packing up and starting over apparently became a trend in 2020 with more people looking up how to move out of their home countries.

There was a 29% spike in Google searches globally on how to move abroad from January to October of 2020, according to Remitly.

Per the report, Canada is the most popular destination for those hoping to start over overseas, with 30 countries having it at the top of their search list.

Among European searchers, Canada also came in second as one of the most popular destinations to move to, behind Germany.

Additionally, the True North won out among people in 14 African countries including Ghana, Kenya and South Africa.

However, while the world dreamed of moving here, fellow Canucks had another country in mind — Japan.

With "stunning scenery, safety and [a] vast array of job opportunities," it might just be time to pack a suitcase for Japan.