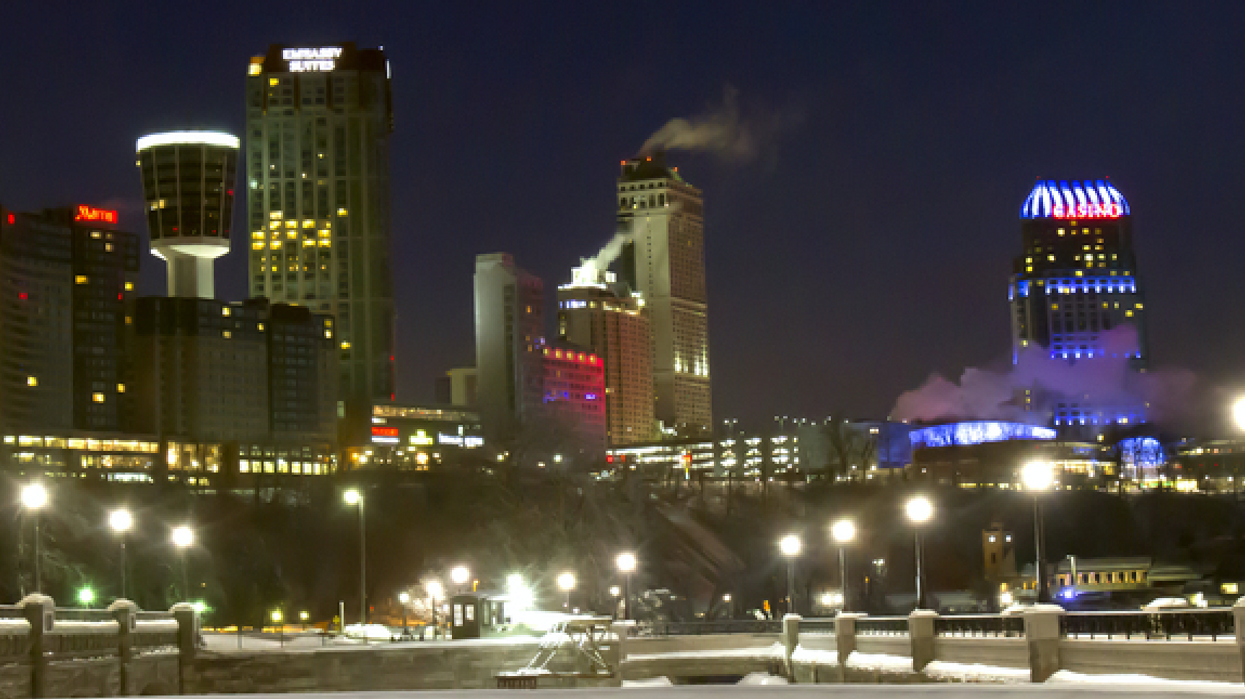 On December 11, police responded to a call of an unwanted person in a Niagara Falls hotel room.

As it turns out, the hotel room was being used to host an illegal party, with over 30 people crammed into one room.

A gathering was discovered in one of the rooms of over 30 persons, with many in attendance not wearing face coverings. Niagara Police Department

Detectives commenced an investigation promptly, which revealed that another illegal party was held on December 5, involving over 20 young adults.

“Both gatherings required Police to intervene and all those in attendance were eventually evicted,” said police in a statement.

Niagara Police confirmed to Narcity over the phone that, while the hosts have been charged, the hotel will not be, as enforcement focuses on "penalizing the hosts."

A 21-year-old male and an 18-year-old female have been charged for hosting the event under the Reopening Ontario Act.

According to the police, an additional person was arrested for failing to leave the scene when asked.

In Toronto, a bar recently was caught hosting an illegal secret gathering, and two business owners are facing fines up to $100,000.