Don't eat these products if you have them. 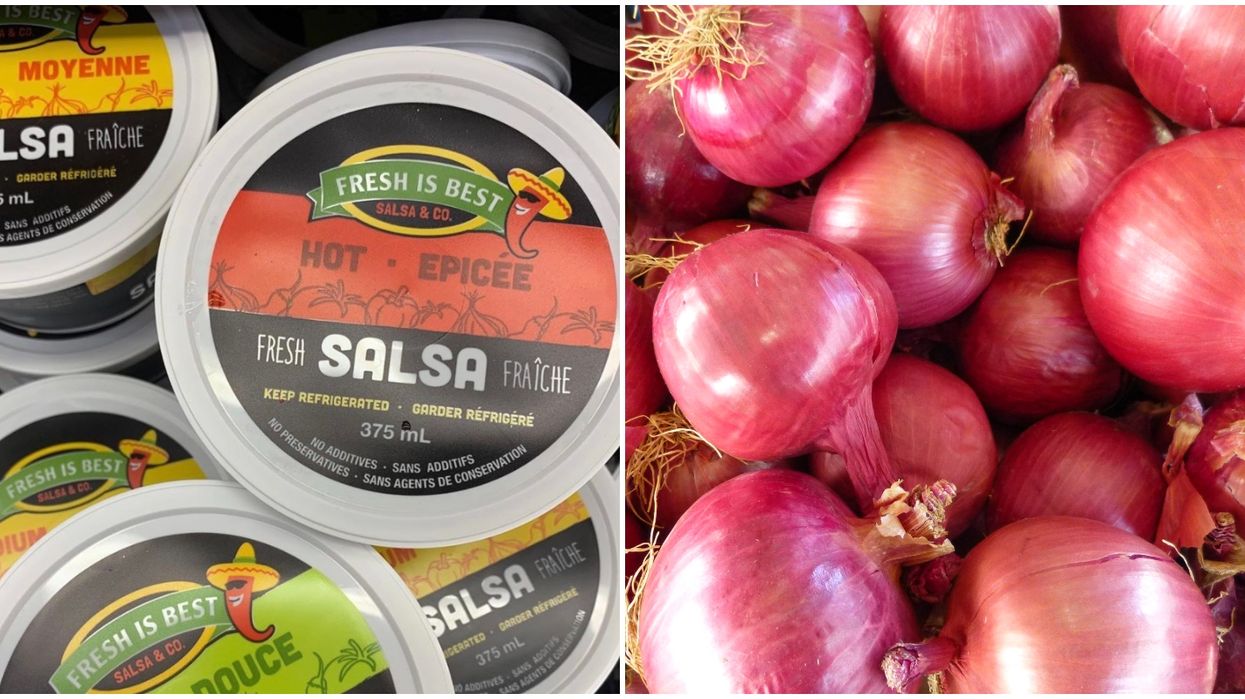 Who would have thought that onions would be something we'd need to worry about this year? During the onion recall in 2020, Canada has had to take several different types of produce off store shelves. Now that also includes prepared foods.

An August 7 update from the Canadian Food Inspection Agency lists all of the products that have been identified as using recalled onions in their preparation.

Editor's Choice: BiWay Store In Toronto Is Opening This Fall & Everything Is Under $10

Many of the items added to the list originate from Fresh Is Best Salsa Co. in British Columbia.

The recalled products include mild, medium, and hot fresh salsa, which have been mostly distributed in B.C., but can also be found in Alberta, Saskatchewan, and Manitoba.

None of the other provinces are included in any of these recalls.

Specialty salsas from the same company, such as their Savory Southwestern Black Bean and Corn and Tropical Fruit salsas are also included.

Additionally, products from a company known as Skeena Select appear on the list. These include ready-made subs, salads, and quesadillas.

Prepared salads that are not linked to any specific company are also part of the recall, and should not be consumed if they contain any red onions.

Finally, packaged sandwiches that have been made available at IGA, Safeway, Sobeys and Thrifty Foods locations in B.C., Alberta, Saskatchewan, and Manitoba have all been recalled.

On the industry side, a prepared butter chicken sauce used by hotels and restaurants has been deemed unsafe.

Onions grown by Thomson International Inc. In Bakersfield, California have all been taken off of store shelves in Canada due to the risk of salmonella.

Canadians have been advised not to eat any onions if they do not know where they come from, and to throw out any recently purchased unlabelled ones.

While the recall was initially only concerning red onions, other varieties from the same company have also been recalled.