Malls, Buses & Theme Parks Are All Signing Up To Be Vaccine Clinics In Ontario

The province announced an updated vaccination schedule on Wednesday. 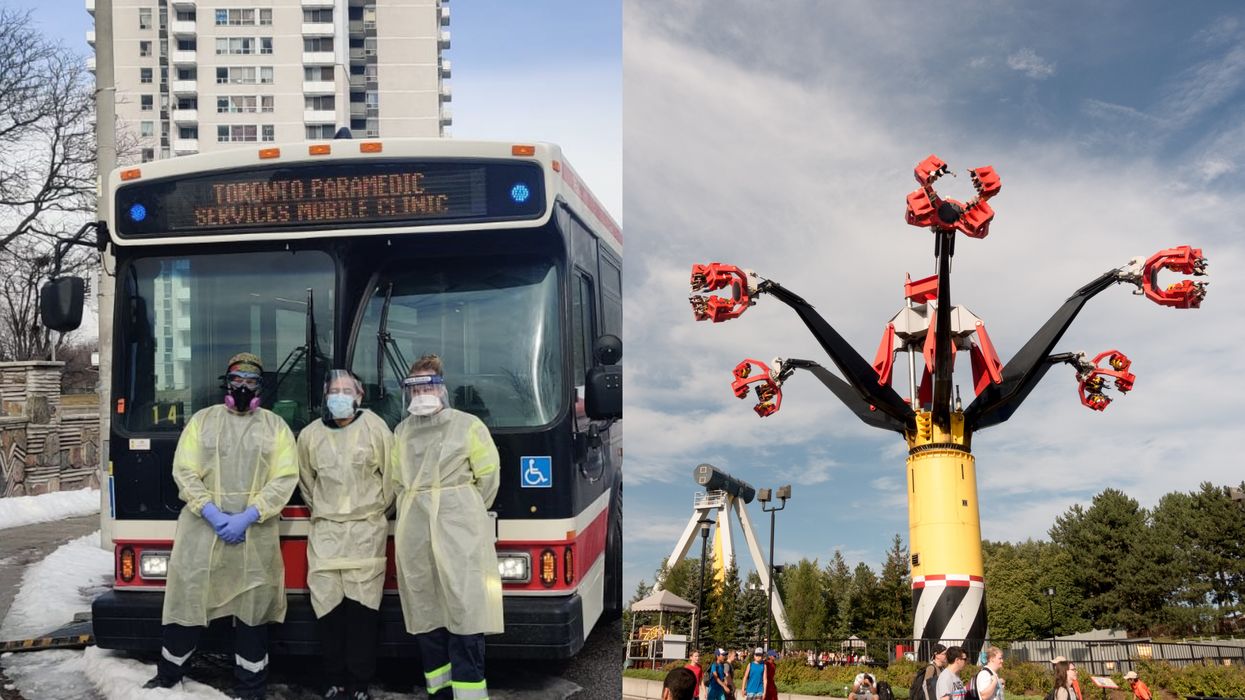 The province is ramping up its vaccination plans for the spring, and all sorts of new Ontario vaccine clinics are being prepared for mass use.

But you might get your two doses in a pretty unusual place since these clinics aren't always where you'd expect them to be.

In Toronto, the city has converted the Metro Convention Centre into a mass vaccination site, and it's also using Cloverdale Mall in Etobicoke for the same purpose.

These sites — and seven others like them — will likely be open to the public by early April, according to officials.

Outside of Toronto, the CBC reported that health officials in Windsor-Essex have set up a mass vaccination site at St. Clair College's Sportsplex. The University of Windsor is also reportedly planning on converting Windsor Hall in the city's downtown into a site as well.

In mid-February, Canada's Wonderland confirmed they are in conversations with York Region to turn the park into a mass vaccination site.

Officials with the region also confirmed they are looking into turning the Markham Fairgrounds into a drive-thru vaccination site as well.

But if you can't travel to one of these unique places to get a dose of a COVID-19 vaccine, Toronto has converted TTC buses into mobile clinics to help out hard-hit neighbourhoods in the city.

If you're wondering when you'll be eligible to get vaccinated, the province recently released a new schedule with more details on the timeline.

And while there might be some unique vaccination sites around, the province says it expects family doctors and pharmacies could be delivering the vaccines by April.