Shutdown, stay-at-home order, state of emergency, and everything in between. 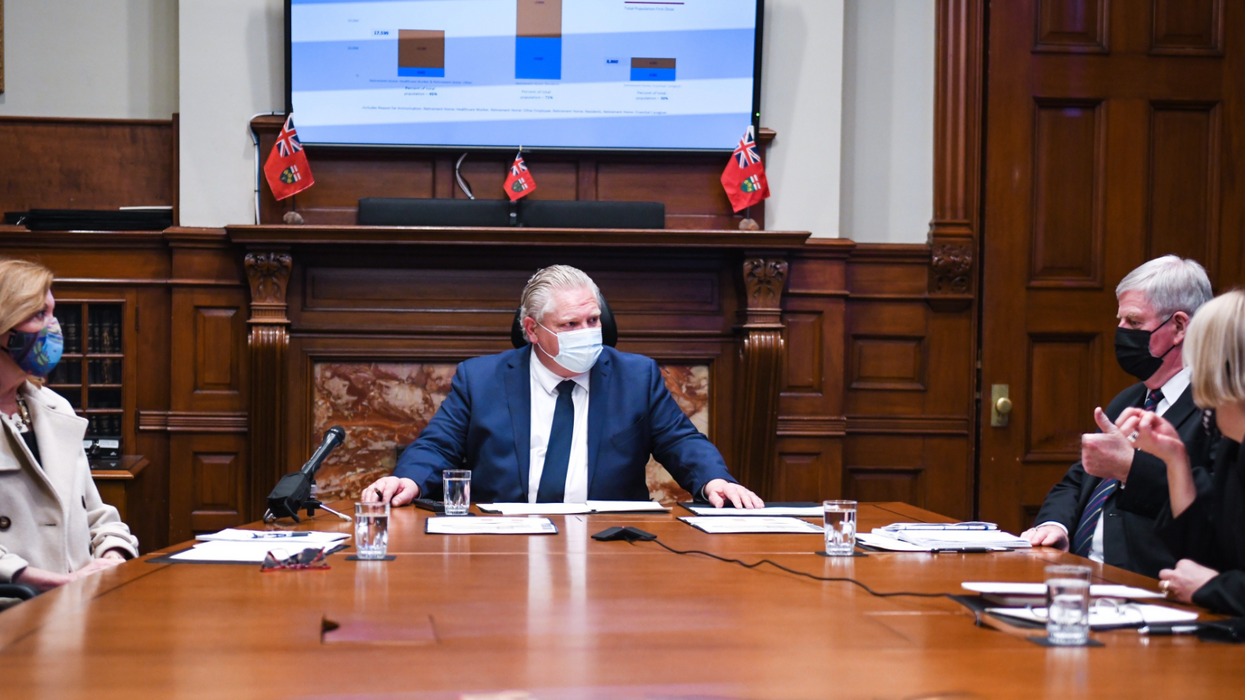 If you're now trying to wrap your head around Ontario's shutdown just as you were getting comfortable with the colour-coded zones, don't panic.

Here's a breakdown of the key terms and definitions you didn't know you'd need to know before the pandemic — and there won't be a pop quiz, we promise.

Editor's Choice: Here's What You're Still Allowed To Do This Weekend Under The Province's New Shutdown

Not unlike the shutdown that Ontario implemented in December, the entire province is now back under the same restrictions for a four-week period, starting on April 3, 2021.

These shutdown rules are similar to those in the grey-lockdown zone (we'll get to that later) but more restrictive.

For example, the lockdown zone was recently revised to permit outdoor dining, but it is prohibited during the shutdown.

Under the shutdown, all retailers are allowed to remain open at a limited capacity, while most other businesses including gyms and salons must remain closed.

Back when the province began to allow regions to gradually reopen, officials introduced their new "emergency brake" system.

This brake allows health officials to swiftly move regions from their colour-coded zone back into the lockdown zone if transmission increases.

In the case of the new shutdown, officials stated that a provincewide emergency brake was activated in response to the third wave.

In January, the premier announced a provincewide stay-at-home order, which prohibited Ontarians from leaving home for non-essential reasons.

Essential trips were defined as accessing goods and services necessary for an individual's safety, health and wellbeing.

These could include outings for groceries, medication, exercise, work or health care. However, the province said that essential reasons vary from person to person, and there is no limit to how many you can take in one day.

Officials made it clear that a stay-at-home order is not being enforced during the current shutdown to encourage people to get outside safely.

The province first declared a state of emergency back in March of 2020, and a second one was declared in January 2021.

The state of emergency allows Ford's government to unilaterally impose new rules such as the shutdown, stay-at-home order and other public health measures.

All emergency measures under the Reopening Ontario Act were recently renewed.

The term lockdown refers to the grey-lockdown zone of the provincial framework.

The zone was recently adjusted to allow patio and outdoor dining to resume and was even poised to allow personal care services to reopen by appointment only on April 12, 2021.

The colour-coded zones, a.k.a. the COVID-19 Response Framework, are the various zones that represent the level of reopening permitted in the region.

Green is the zone with the fewest restrictions, permitted in areas with the lowest positivity and transmission rates. The levels increase from there.