She may save the species. 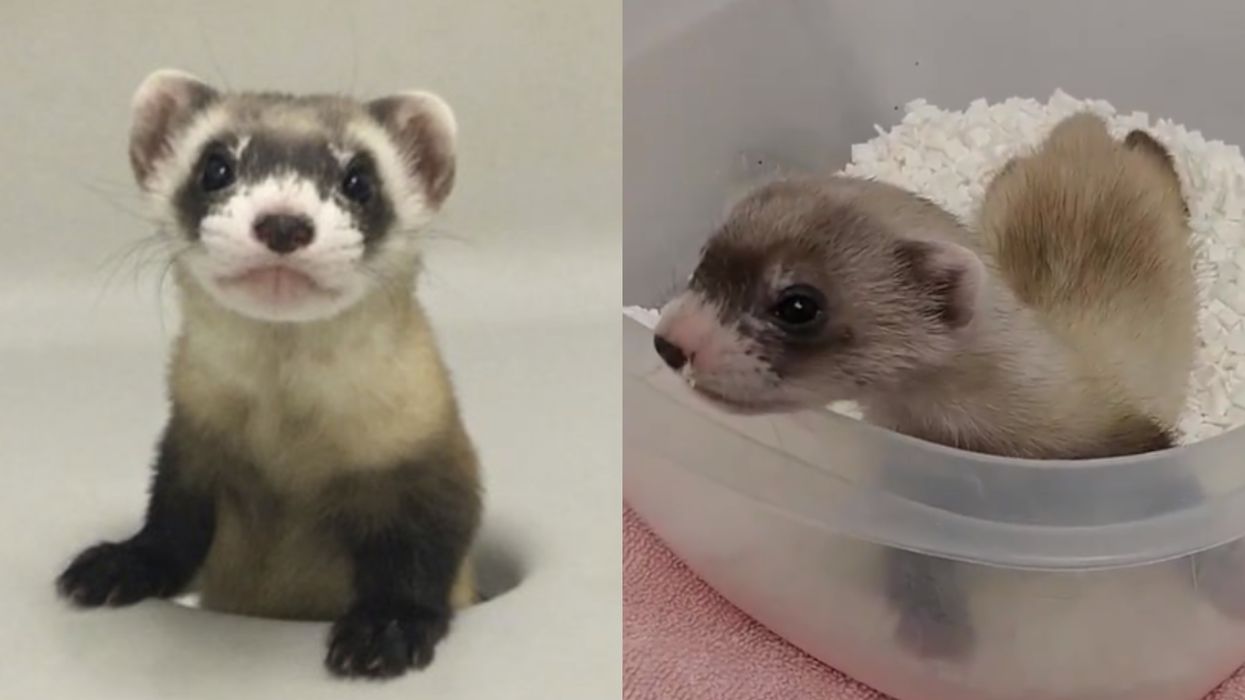 For the first time in history, an endangered animal was successfully cloned, and it may just save the species.

Elizabeth Ann, a black-footed ferret, made history after she was cloned using frozen cells of an ancestor that lived nearly 30 years ago, and now scientists have big plans for the animal's future.

It provides a promising tool for continued efforts to conserve the black-footed ferret. Noreen Walsh with the U.S. Fish and Wildlife Service (FWS)

The cloned ferret was born through a surrogate mother, and scientists hope she will be able to eventually breed and help bring the species out of near-extinction.

The FWS says all current living black-footed ferrets are descendants of just seven ancestors, and Elizabeth Ann's birth will hopefully help boost that number because her potential offspring could diversify the species.

Black-footed ferrets continue to be one of the county's most endangered species, and they were even declared extinct in 1979 until a Wyoming rancher discovered a small population on his land in 1981.

Ferrets from that population were then captured and put through a breeding program in an attempt to recover the species.