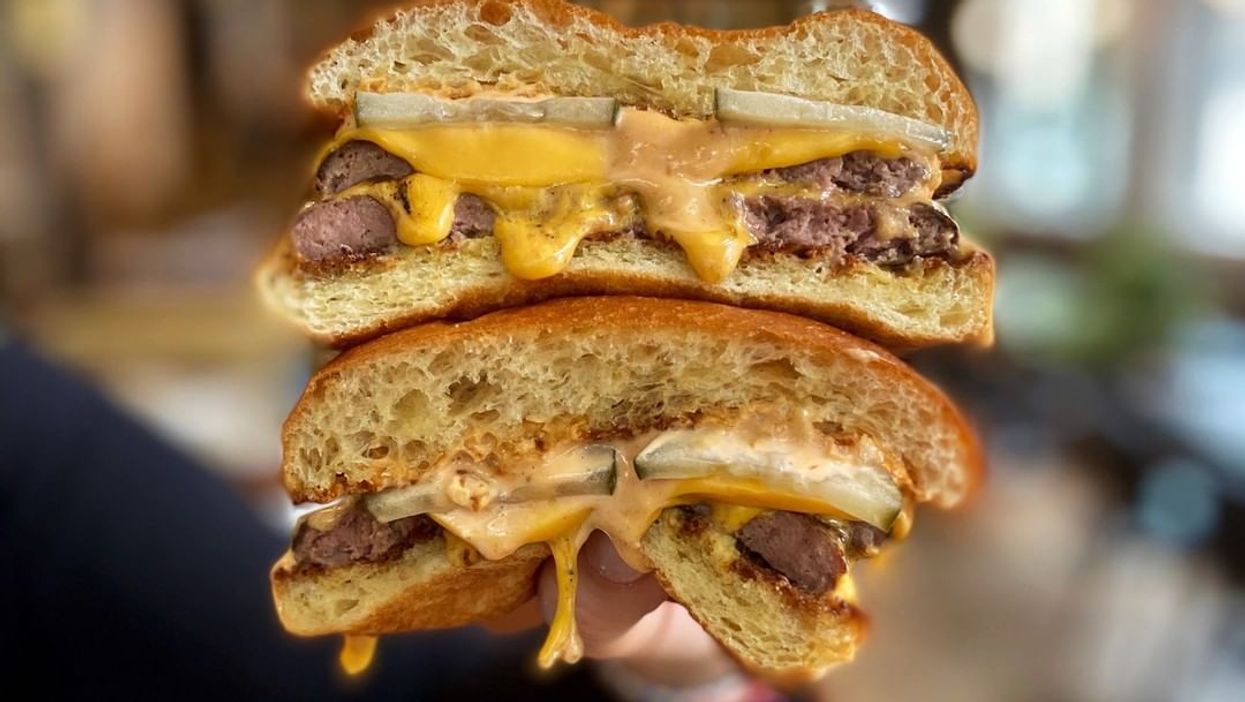 There's nothing quite like an In-N-Out burger, especially for us Washingtonians. Still, Ben Paris in Seattle just created their version inspired by the famous and tasty "animal style." For the longest time, the closest location to the city was in California, but now there's a new one on the block.

Chef Quinton from Ben Paris discovered In-N-Out Animal Style burgers when he lived in San Francisco as he worked as a sous chef. In a moment of craving the popular chain, Quinton decided to create his own, calling it the "Tavern Burger."

"I was craving In-N-Out, so we started playing around with the fast-food style burgers in the kitchen at Ben Paris," Quinton told Narcity.

It was so good that they have now made it the focal point of their happy hour menu.

If you have never tried Animal Style on either your burgers or fries at In-N-Out, you are truly missing out.

It's technically a "secret" menu item, one of about six "secrets" you can order, the animal style being one of the most popular.

"Everyone who tried this version thought it was one of the best they'd ever tasted," Quinton told Narcity.

Thankfully someone in Seattle has hopped on that trend maybe made it better? You'll have to try yourself!

The restaurant is located in the State Hotel and has a surf and turf menu with an upscale American vibe.

Make sure you go and snag a spot to try their burger; you could say, "Oh, you fancy, huh?"

Why You Need To Go: You can live out your burger dreams with Seattle's newest animal style patty.