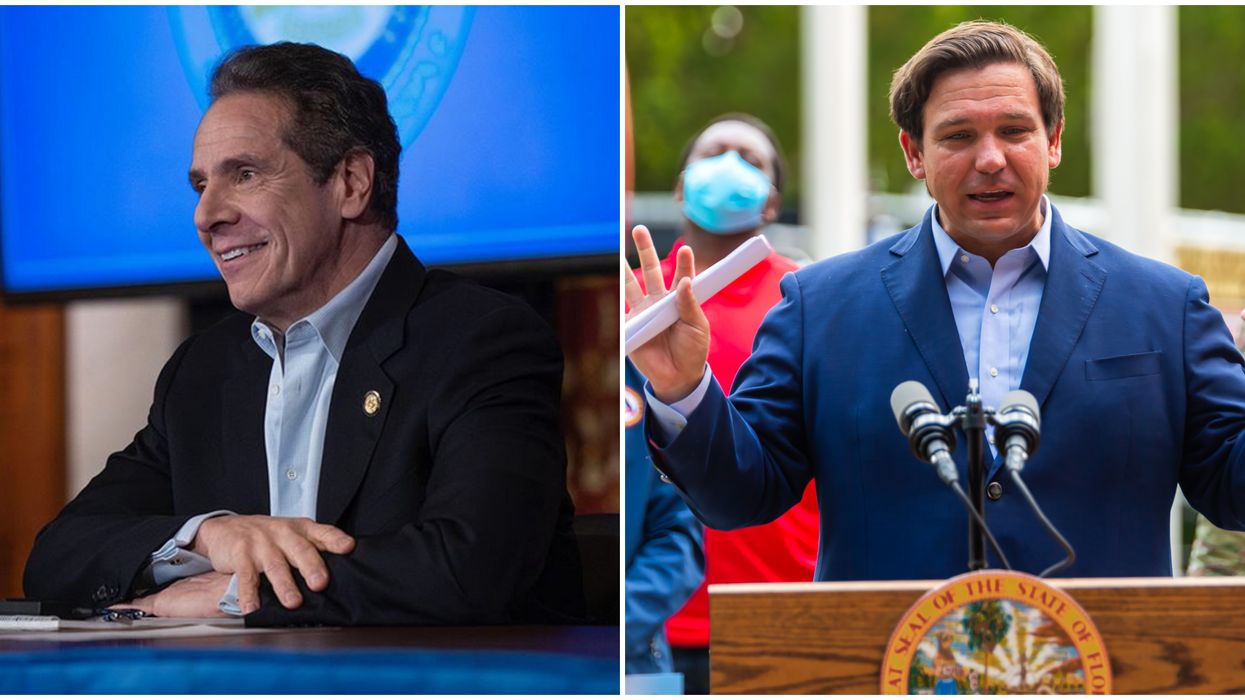 The tables are starting to turn on the Sunshine State. With rising COVID-19 cases in Florida, the NY governor is thinking about imposing a Florida quarantine in New York to the Southern state's residents. It's a flip from what Gov. Ron DeSantis enacted in March.

While the move isn't finalized yet, the governor has called the move a "full 180" from when DeSantis's imposed on the Empire State's residents.

What Cuomo is referring to is the move DeSantis made in late March, when he ordered all visitors from New York State to quarantine for 14 days on arrival. It was a response to New York being deemed the epicenter of the novel coronavirus outbreaks.

Florida has been hit with back-to-back record highs as New York reports a decrease in positive cases.

On Friday, the state once again shattered a daily high record, with 3,822 new cases being recorded along with 43 new deaths.

This surpasses Thursday's high of 3,207, which was a new milestone for Florida during the pandemic.

The record spike, which DeSantis has repeatedly downplayed, is what's driving Cuomo into suggesting his own quarantine for Floridians.

It's unclear whether Cuomo will move forward with the proposition, but he says he has been advised by experts to impose it.

Narcity has reached out to Governor Ron DeSantis' office for comment.

This wasn’t only about what government did. This was about what people did. Together, New Yorkers bent the curve b… https://t.co/kd47cRDAw7
— Andrew Cuomo (@Andrew Cuomo)1592586574.0

If the quarantine does go into effect, Florida likely won't be the only state impacted. The Daily News further reported that Cuomo is considering other states that have seen rising case counts be quarantined when visiting.