Some support the decision to reopen, others put blame on Trump. 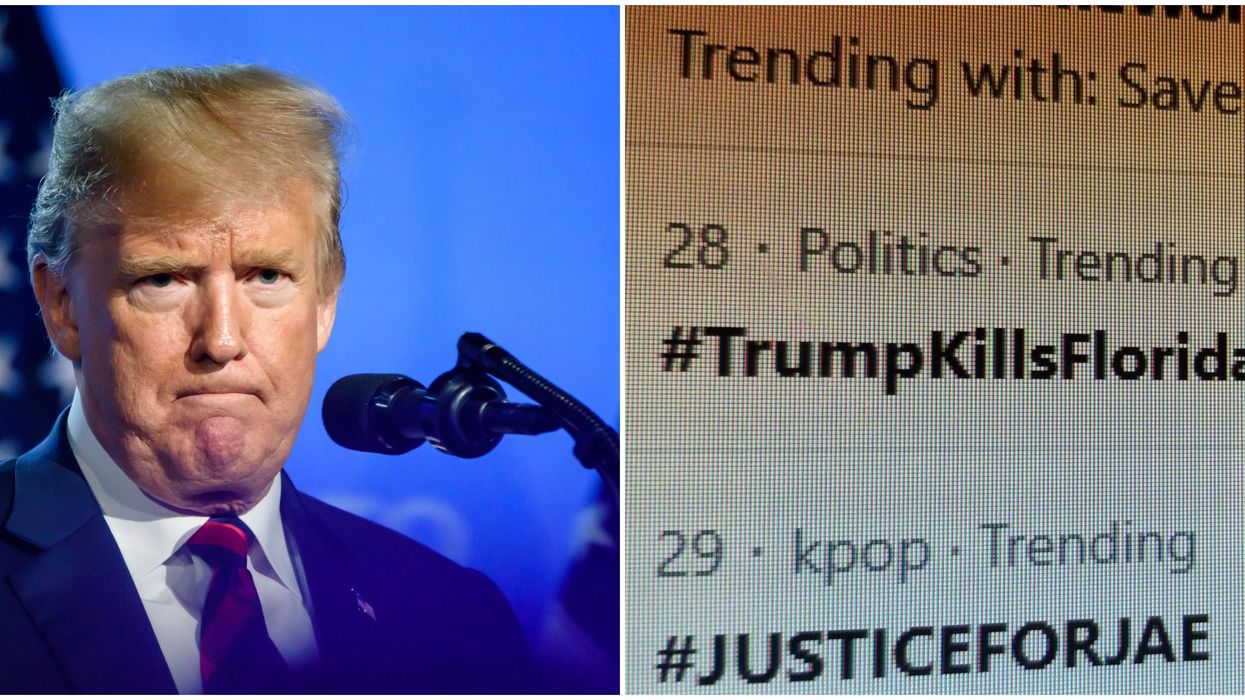 Following the trending hashtag on Twitter, #DeSantisFailedFlorida, a new topic has risen into the trending ranks on the social media platform. #TrumpKillsFlorida is a thread full of hotly debating Twitter users expressing their concerns and anger over the rising COVID-19 cases in Florida. While some blame President Donald Trump for the spike in cases, others defend his and the governor’s decisions to reopen.

A video on Twitter seems to have been the spark that got the new hashtag going.

The video portrays clips of Trump and DeSantis encouraging Florida’s opening set against an ominous tone, including health statistics as well as the state's rising numbers displayed across the screen.

Earlier this month, Florida began to reopen many businesses set with restrictions to help mitigate the spread of the novel coronavirus. In a news conference in the nation’s capital, Trump praised the state’s reopening efforts.

On the other hand, some epidemiologists warned that Florida’s methods were too much too soon. June saw consistent spikes of COVID-19 cases throughout Florida, forcing some businesses to close back down again.

Twitter users quoted a video of DeSantis bragging that Florida would not “be the next Italy,” which was allegedly shot last month and has resurfaced on Twitter.

Florida lawyer Daniel Uhlfelder, who the video says sought to sue DeSantis for his actions surrounding COVID-19 in Florida, responded to the #TrumpKillsFlorida hashtag with his own video, placing the blame of the rising cases on Trump’s and DeSantis’ shoulders.

The video shows the lawyer visiting Florida's reopened beaches dressed as the grim reaper, trying to inform people of the pandemic's risks.

Author John Pavlovitz also showed support for the hashtag, saying that the cases were caused by denial of scientific evidence, among other things.

This is wide scale death is the bill for every denial of Scientific evidence, every terminated qualified conscienti… https://t.co/exGhpTFnMr
— John Pavlovitz (@John Pavlovitz)1593518806.0

While many Tweets express the belief that DeSantis and Trump are the cause for Florida's rising numbers, others call for the citizens to hold themselves accountable.

Another Twitter user pushed the blame on Floridians themselves, urging citizens to take responsibility for their own actions.

"#TrumpKills Florida No, Floridians are killing themselves!" the post reads, continuing on to point a finger at teens who believe that the heat of the sun kills the virus.

#TrumpKillsFlorida No, Floridans are killing them selves! You have dumbass teens who are like: “Sun kills the viru… https://t.co/1Rg3lGywv5
— Raven Wood (@Raven Wood)1593518194.0

Prior to this new trending hashtag, #DeSantisFailedFlorida gained momentum in the wake of his lack of a mask mandate for the state.

Since then, many counties and cities have taken the ruling into their own hands and implemented their own mask requirements. And as major entertainment venues like Disney are soon to reopen, other small businesses are closing their doors again.

As of last week, Florida had more cases of COVID-19 than all of Canada. The state's COVID-19 Data and Surveillance Dashboard currently shows 146,341 total cases in Florida as of publication.