These photos will show you exactly why! 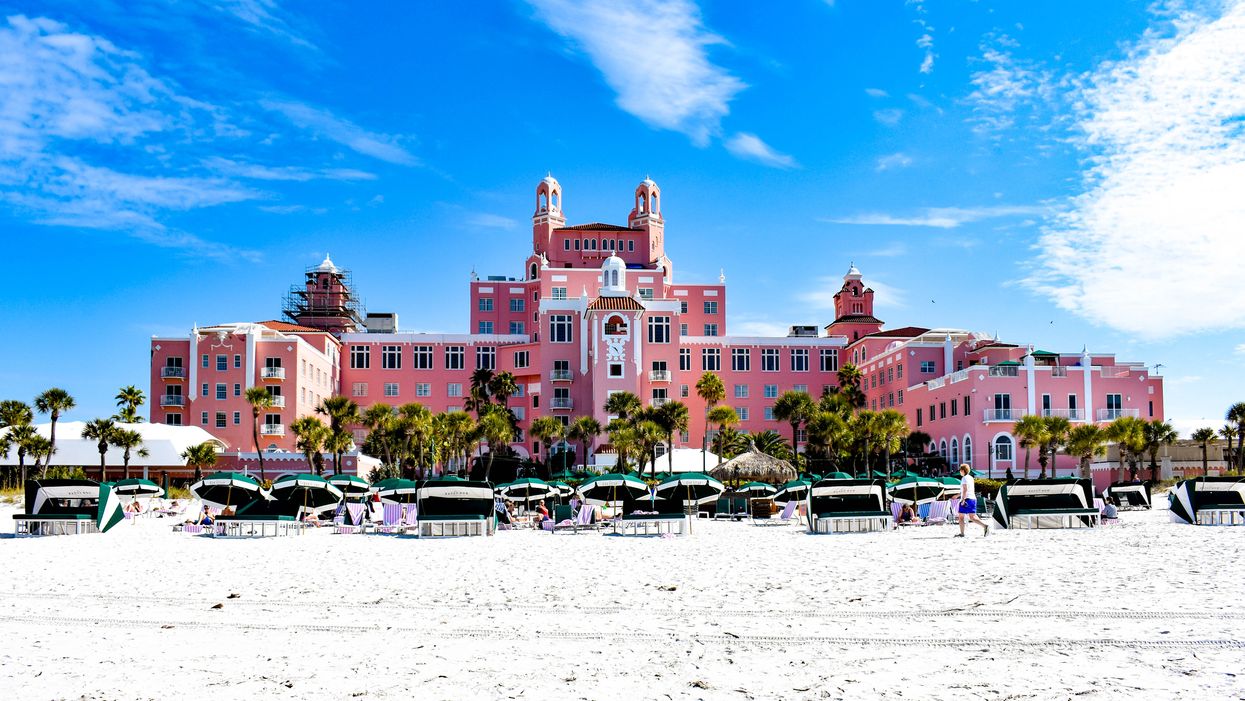 It's no secret that Florida's a tropical paradise, but it might not be known that The Sunshine State is home to some pretty spectacular buildings too. From pops of pastels to elaborate hotels, there's a lot more to the state than beaches and theme parks. The Don CeSar Hotel in St. Pete proves this fact by taking home the winning spot in a Florida architecture contest.

Popularly known by locals and tourists alike as the 'Pink Palace', The Don CeSar has officially taken home the 2020 People's Choice Award in Florida for Best Architecture, a contest sponsored by the Florida Foundation for Architecture.

According to FOX 13, the panel of Sunshine State architects analyzed designs from Florida's most historic hotels and inns to come to a decision.

The architects said the Don CeSar was chosen for its "exuberant extravagance in the Roaring 20s" and popularity as a tourist destination, as well as its influences from Spanish and British design.

The hotel beats out 9 other locations that placed in the top 10, including Disney's contemporary Tower Resort, The Vinoy, Boca Raton Resort & Club, and Postcard Inn on the Beach.

Its prime location along a pristine stretch of oceanfront in St. Pete Beach makes it a hotspot for travelers, and could very well be considered the epitome of Florida Vibes.

With a bright and fresh all pink exterior framed with white accents, the Pink Palace looks like a literal Florida castle fit for Princess Peach herself.

Photos of the property from guests really show off how spectacular this hotel really is.

From stunning turquoise pools, sandy beaches, and even a swing for you to snag the perfect Instagram shots, there's no shortage of reasons to love this gem.

While it's an absolute dream for an all-pink girl's trip, the hotel also has a history dripped in mysterious history.

According to a blog post from the hotel, legend says that its halls are haunted by the ghosts of departed lovers.

Staff and guests have reported seeing a man donning an old-fashioned Panama hat and a white summer suit, since the passing of the hotel's builder, Thomas Rowe. But when they approach him, he disappears.

Even with an eerie history, the Pink Palace is too beautiful to not stay in at least once in your life, or at least visit to admire from afar.