But that didn't stop the surfers! 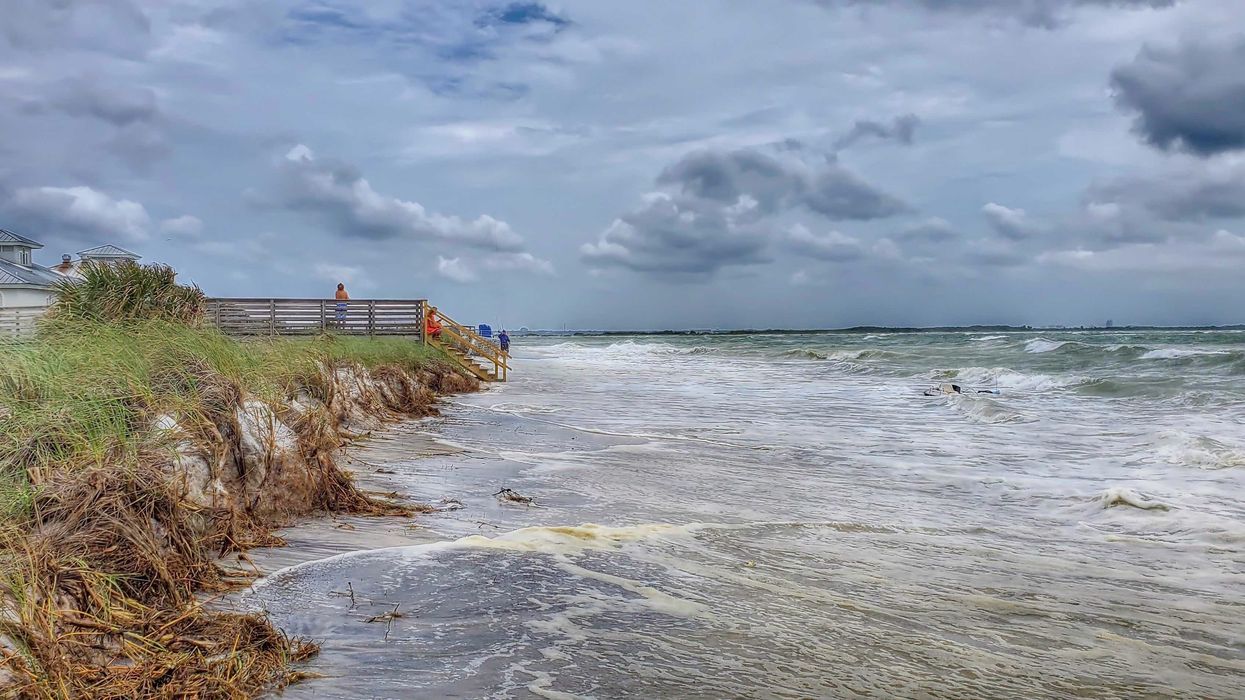 This past weekend, Florida saw much less of its iconic sunshine and much more rain, clouds, and hazardous weather advisories. As Tropical Depression Cristobal surged over the gulf, some Florida beaches were swallowed in the surf. Some beaches on the gulf coast had even disappeared under massive waves washing over the shore higher than normal.

Narcity confirmed this weekend that beaches at Honeymoon Island near Tampa, including Main Beach, Dog Beach and Oasis Beach, had nearly disappeared under higher-than-average tides even before high tide, and a single red flag was raised, indicting a high hazard for surf and strong currents. Wind speeds in the area were up to 16mph.

Despite the warning, many surfers could be seen taking advantage of the heavier waves, and lifeguards were deployed to the area.

Cristobal was changed from a tropical storm to a tropical depression early this morning by the National Hurricane Center.

The storm has been overtaking the Gulf of Mexico this weekend, and while its main trajectory is not forecasted to directly touch Florida, the peninsula has still been feeling its impact. The storm has been dumping massive amounts of rain across the entirety of Florida, leading to flood warnings and rising water levels.

The National Hurricane Center currently measures the storm to be about 510 miles from the Mouth of Tampa Bay. While the storm is projected to continue its course north through the week, the threat of rough surf, flooding, and even tornadoes persists for Florida.

The National Weather Service has issued a hazardous weather outlook for West Central and Southeast Florida. Through today and into the evening, seas of 7 feet will linger on the coast, creating dangerous conditions for boats and small crafts.

The hazardous weather is expected to dissipate throughout the week.

Make sure to keep an eye on updates for weather hazards and have a shelter in mind if needed!