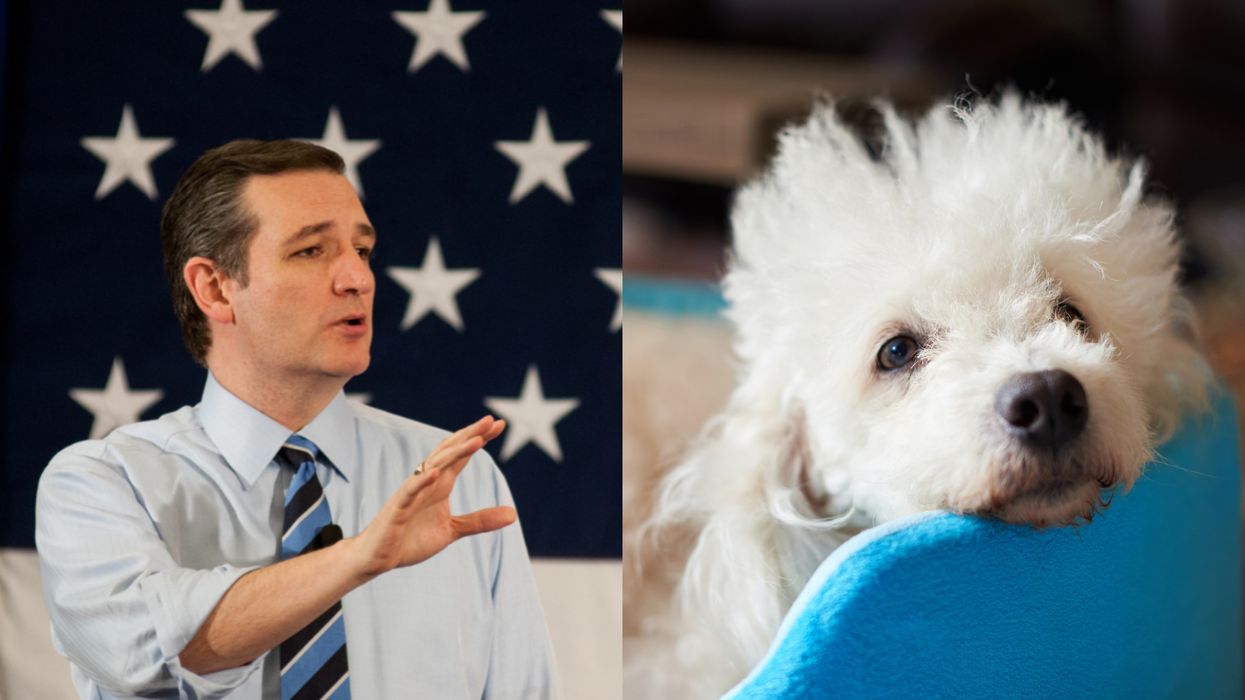 Senator Ted Cruz is under fire after ditching his home state of Texas for Cancun as millions of citizens froze and were without power.

Cruz has since returned to the Lone Star State, but it was just discovered that he had actually left someone very special behind for his daycation and people are not too happy about it.

Editor's Choice: Ted Cruz Hopped On A Flight For This Sunny Destination As Texans Continue To Freeze

It was obviously a mistake. In hindsight, I wouldn't have done it. Ted Cruz

The senator claimed to have flown to Cancun to be a "good dad" for his daughters, who had the week off of school and were, like most Texans, stuck inside with no electricity due to the historic winter storm.

But apparently, he left his little white poodle — named Snowflake — behind.

The small dog was spotted at Cruz's home after Texas Monthly journalist, Michael Hardy, drove by and spotted the pup sitting by the front door, gazing out into a yard of snow.

Hardy clarified that the now-viral pic was taken around 1 p.m. CST on Thursday, meaning it is completely possible Cruz had brought Snowflake back from Cancun with him or a family member/dog sitter was there keeping an eye on the dog.

A security guard was also reportedly present in front of Cruz's home, and he told the reporter he had been taking care of Snowflake.

Some are now saying Cruz leaving the dog behind in a house with no power in frigid temperatures qualifies as animal cruelty.

"If #tedcruz lost heat and power as he stated in his formal statement why leave the dog home alone in those conditions? That alone is animal cruelty #tedcruzAnimalCruelty," tweeted Suzanne Horton.

Others couldn't get over the irony of the dog's name, Snowflake, given current conditions.

*This article’s cover image was used for illustrative purposes only.