RCMP have launched a "mischief investigation." 🤢 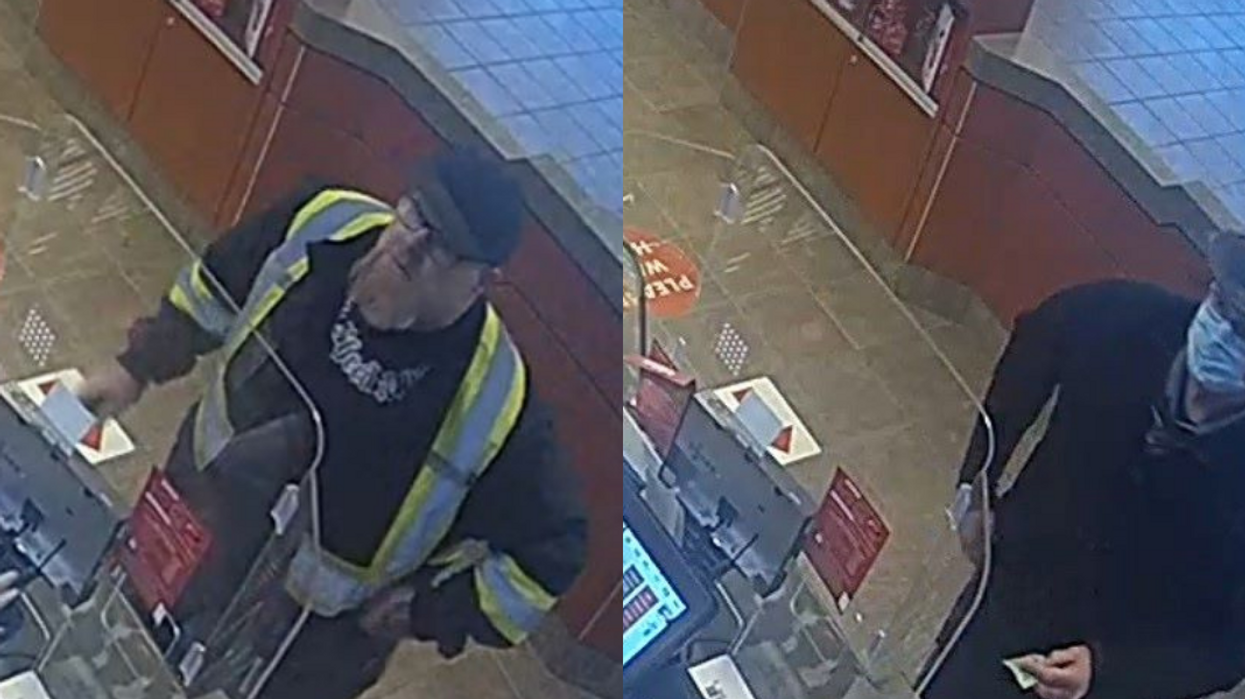 BC RCMP BC RCMP
Britanny Burr

We all remember the notorious video involving a woman assaulting a staff member with her own feces.

Now, police in Williams Lake are on the hunt for two men in "relation to an on-going mischief investigation."

"Just before 8 a.m. on April 7, front line officers from the Williams Lake RCMP were called to a coffee shop located in the 1000-block of Highway 97 in Williams Lake for a report that someone had defecated on the walls and floor in a stall in the men’s washroom," police wrote.

Apparently, the two men were seen entering the men's washroom separately before the mess was discovered. Police have released photos so the public can help identify them and anyone with information is being asked to contact the Williams Lake RCMP at 250-392-6211.